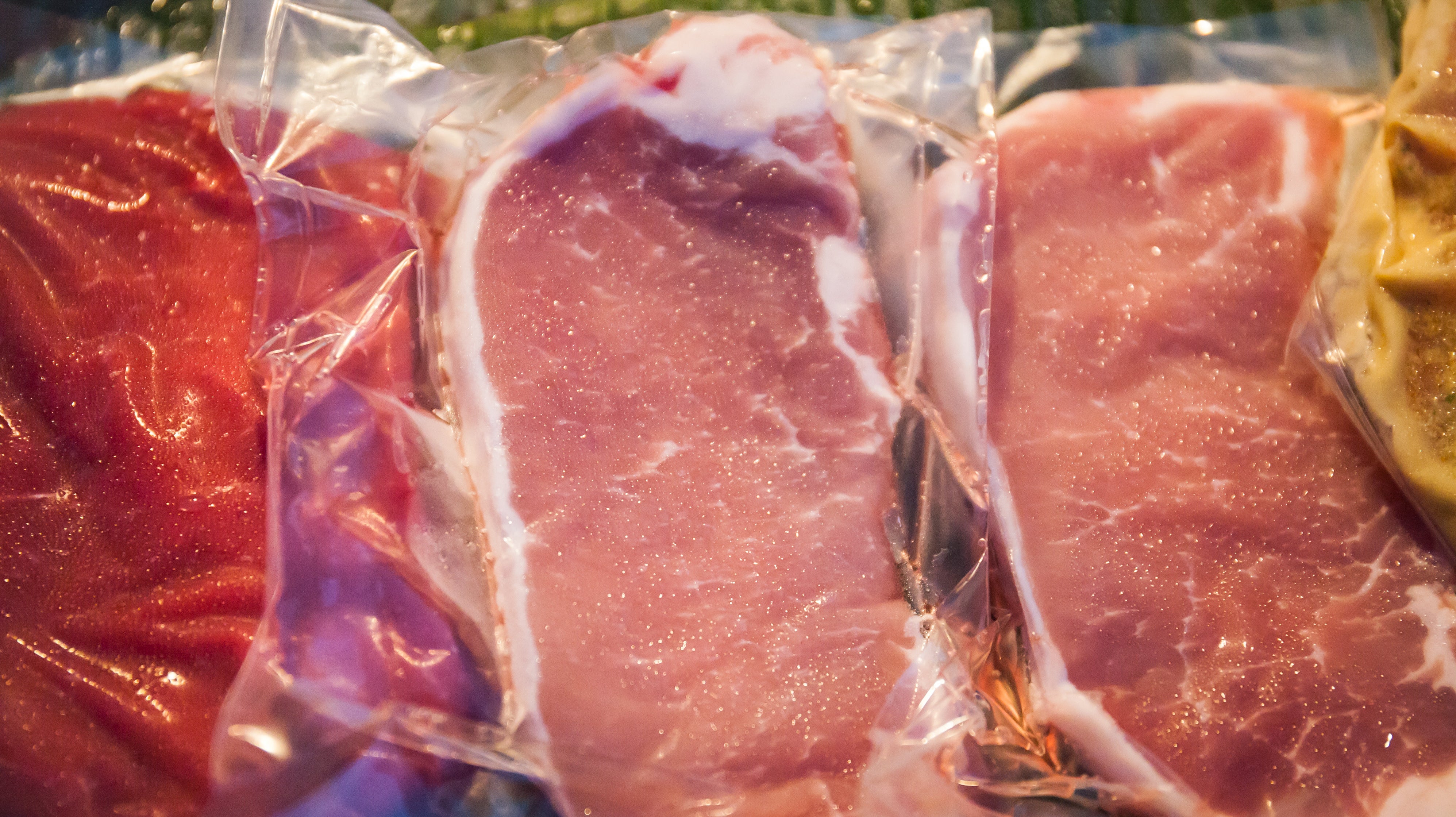 My freezer is an inefficient piece of garbage, and any steak, chop, or chicken thigh I freeze ends up enrobed with a layer of frost. The meat is technically edible, but it does not taste that good. This is why I’ve had a single frosty pork chop hanging out next to a bag of frozen corn for months now.

But I recently read a little tip on The Kitchn that suggested thawing meat with a little bit of vinegar to help with flavour and texture, and I was intrigued:

Whether it’s been defrosting all day or quickly in the sink, there’s always time to add some flavour. I find that adding a glug of balsamic vinegar to the bag allows the meat to lightly marinate as it thaws. The meat becomes quite tender from the acidity, and also very flavourful without an overpowering vinegar flavour.

I love an excuse to add vinegar to anything, so I decided to give this a whirl with my frozen pork chop. Though The Kitchn suggests a tablespoon per pound, I added a tablespoon to the freezer bag with my eight-ounce chop, then placed the bag in a bowl of cold water to thaw. Once it was no longer frozen, I drained away the excess vinegar, and cooked that sucker with my precision cooker at 60 degrees Celsius for an hour. I finished the chop with some bacon grease in a scorching hot cast iron pan, and gave it a little taste.

It was very good. Though I didn’t taste “vinegar,” I did pick up a subtle sweetness, I didn’t detect any “off” flavours you sometimes get with defrosted meat, and the chop was quite tender. It’s worth noting that I had added nothing but vinegar to the bag while the chop was defrosting (and a little salt right before sous vide-ing) so I could more accurately judge the vinegar, but I bet you could supplement it with a little soy sauce or some other flavourful friend to make it even better. It’s not limited to pork; you can defrost beef, chicken, lamb—all of it—with a glug or two of balsamic, and I bet you could switch up the vinegar. Apple cider vinegar, sherry vinegar, or champagne vinegar would work particularly well with chicken.