Reminder: This Is What NSW’s Phone-Detecting Cameras Look Like

NSW’s mobile phone detection cameras came into operation in December 2019 around the state. While they don’t look too different from regular speed of red light cameras, there are a few key differences for you to understand. Here’s what we know.

How are mobile phone detection cameras from other road cameras?

Unlike speed and red light cameras, the mobile phone detection cameras uses artificial intelligence (AI) to determine whether a driver is distracted by a mobile device. It can operate in all weather conditions including fog and wet weather.

If the AI technology detects an offence, it will capture an image of the front seats and, allegedly, exclude the passenger automatically. The captured image is then later reviewed by a human to verify an offence has been made.

While the speed cameras on NSW roads have been typified by their white boxy look, the new mobile phone detection cameras look more modern and sleek. They have a rectangular black box with cameras either side of it.

Transport for NSW has supplied Lifehacker Australia with two examples of what the cameras look like. 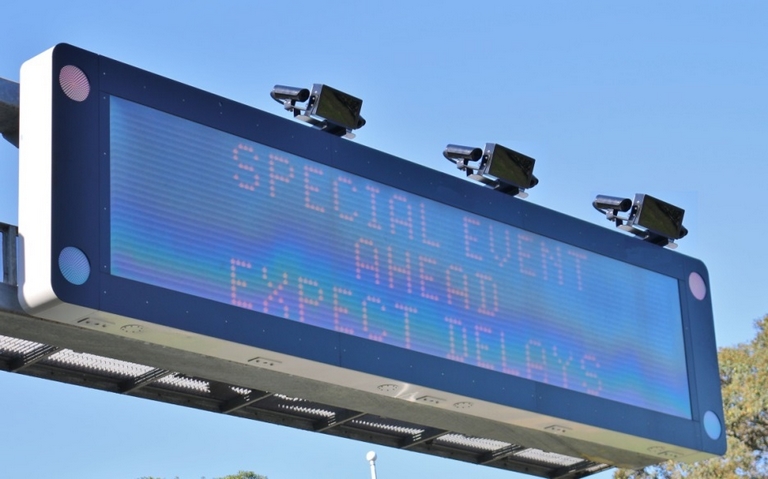 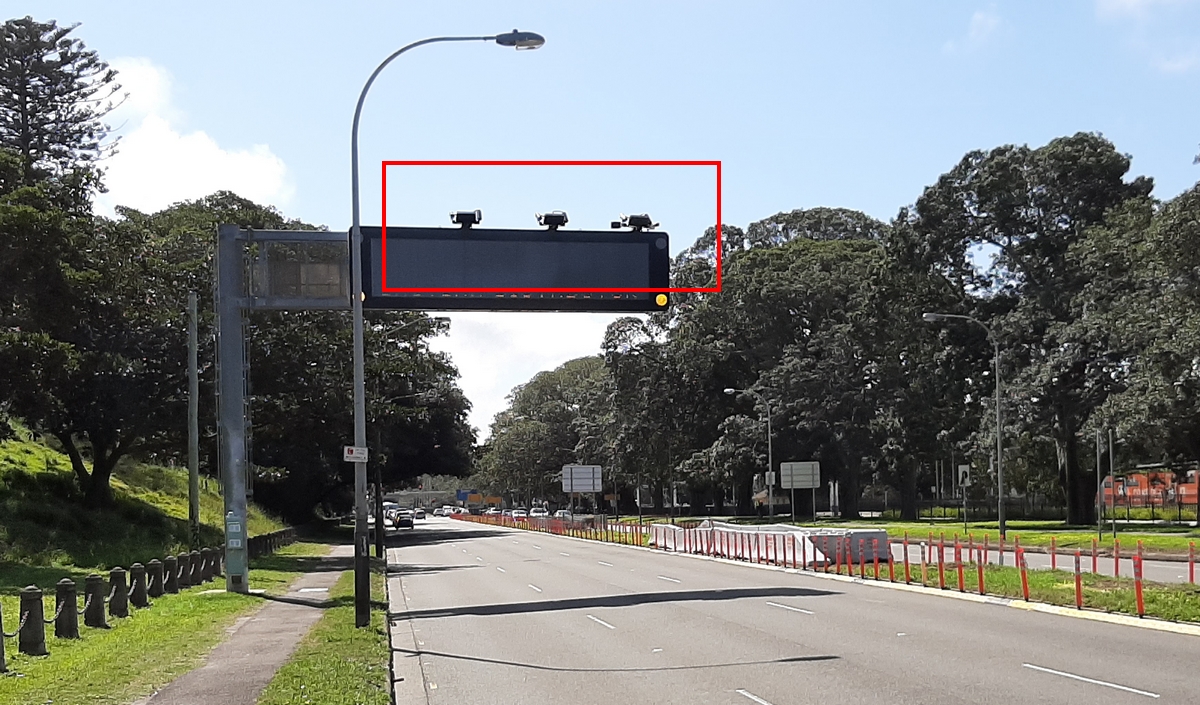 Where are mobile phone detection cameras located in NSW?

We know from the supplied photos that at least one location is situated on Sydney’s Anzac Parade and appears to be in the Moore Park section of it. While we did reach out to Transport for NSW to find out where the other cameras were located in the state, it declined to disclose the locations because it didn’t want motorists to be aware of where they could and couldn’t use their phone without getting caught.

“A decision has been made not to disclose the location of the cameras,” Bernard Carlon, Executive Director of the Centre for Road Safety told Lifehacker Australia in a statement. “Driving while using a mobile phone is a dangerous behaviour and motorists need to know that they can be caught at anytime, anywhere.”

Transport for NSW has confirmed with Lifehacker Australia that revenue raised from the cameras will be allocated to the Community Road Safety Fund. According to the department, this funds important road safety initiatives such as school road safety education, high visibility police operations, school zone flashing lights and safety infrastructure like audio tactile, crash barriers and vehicle activated signs on high risk curves.

If you’re interested in looking up where speed and red light cameras are located in NSW, you can search for them on the Transport for NSW website.

Over the years, advances in technology and transport policy have greatly impacted drivers. In the 1980s this came in the form of random breath testing, and more recently, mobile drug testing. A new policing tool under consideration may have a similar effect: cameras that can automatically detect mobile-using motorists.

This article was originally published on 3 December 2019.