The NSW Government announced earlier this year it was introducing mobile phone detection cameras, due to be switched on in late 2019 across the state. It’s part of a plan to reduce fatalities by 30 per cent in two years and its trial earlier in 2019 was deemed quite effective. Here’s what drivers in NSW – and other states – need to know.

Other States Are Now Keen On NSW's Phone Detecting Cameras

The NSW Government recently announced it was introducing phone-detection cameras around the state after a successful trial earlier in 2019. The new technology uses AI to detect drivers using their phones or other touch-enabled devices illegally. Unlike speed cameras, signs won't warn you if one is in the area. Lifehacker Australia decided to see if any other states were considering similar measures and it turns out they might be.

The NSW Government announced on 22 September its mobile phone detection trial had been successful and it was looking to implement it state-wide by late 2019. It’s now confirmed that go-live date is Sunday 1 December 2019.

The trial came into effect in early 2019 after the relevant legislation was passed approving authorities to photograph drivers using their mobile phones while in moving vehicles. The trial ran between January and June 2019 and, according to Transport for NSW, checked 8.5 million vehicles during its time and detected more than 100,000 drivers illegally using their mobile phones.

Those caught were found to be browsing Facebook, text messaging and one driver was even caught allowing his passenger to steer the wheel. Wow.

Given the trial’s success, fixed and portable phone detection cameras will now be positioned in 45 spots across the state. While there won’t be any warning signs like we’re used to with existing speed cameras, it’s understood some fixed and Variable Message Signage (digital signs) will be installed to remind drivers it’s illegal to use their mobile devices while driving.

“We have to unfortunately use the element of surprise to get people to think ‘well, I could get caught at any time’,” Andrew Constance, NSW Minister for Transport and Roads, told 9News.

“I want behaviour to change and I want it changed immediately.

“It’s not about revenue — it’s about saving lives.”

You can watch the eerily silent announcement video from NSW for Transport below for a glimpse of what the technology will look like.

So, how does mobile phone detection work?

Using artificial intelligence, the cameras can detect mobile phone use in even the worst of conditions. Whether it’s raining or cloudy, night or day, the camera will be able automatically review images of the front-seats of a vehicle. If the camera detects an offending driver, it will supposedly exclude the passenger from the image if they’re not doing anything wrong. Images are then reviewed by an authorised human worker to verify an offence was made. 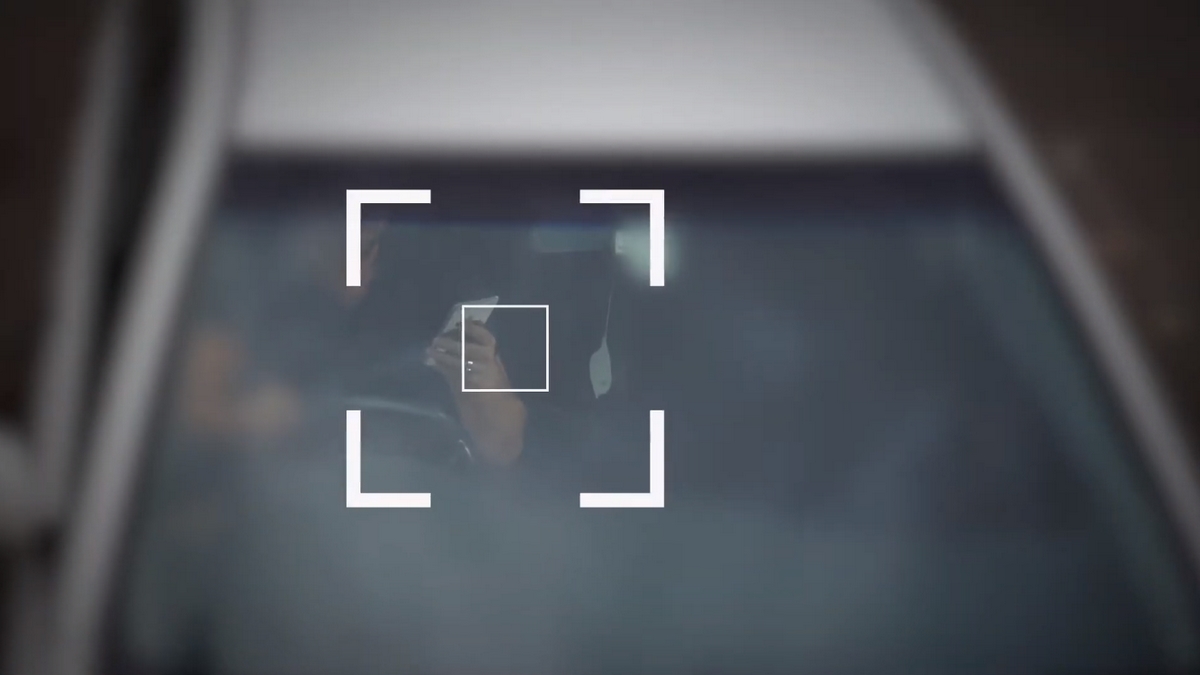 If you get nabbed by the camera within the first three months of its rollout, you’ll get sent a warning letter, but once that’s up all bets are off. An offence captured by the phone detection camera will cost you five demerit points and a $344 fine ($457 if it’s in a school zone) for a first-time incident. During double demerit point periods, it will go up to 10 demerits.

If the rules of mobile phone use while driving still confuse you a bit, check out Transport for NSW’s website. Below are the dos and donts for fully-licensed drivers. 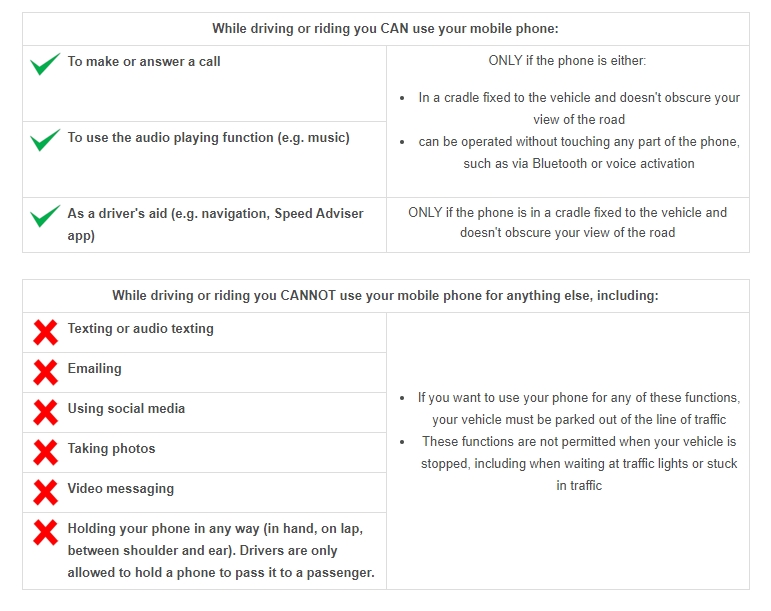 Just a friendly PSA there’s a zero tolerance approach for learners and P-platers in NSW using phones while driving. A big old N-O.

NSW Texting And Driving Laws Are About To Get Much Tougher

From September 2018, just touching your phone while you're driving could be enough for NSW drivers to lose their license. The number of demerit points for using a phone while driving is set to increase from four to five this year, so drivers should probably brush up on the rules around phone use while driving now.

Will other states get it?

You really shouldn’t be using your phone while driving ever unless it’s for hands-free navigation, or anything else in the ‘legal basket’, but still, the lack of signs or warning does feel unfair. While drivers living outside of NSW might feel a sense of relief for now, you shouldn’t just yet. Visiting the state means you’ll also be affected by the laws once the technology is rolled out and if it’s successful, other states will likely look to introduce it as well.

Lifehacker Australia has reached out to the relevant road authorities in Queensland, Victoria and South Australia to confirm whether they have similar plans on the way and they suggested they would be closely watching how the new technology unfolds in the state.

Your Digital Driver Licence: What Aussies Need To Know

After successful trials in selected suburbs, New South Wales is looking to launch the digital driver licence statewide by the end of this year, which means you won't need to carry around a physical licence any longer. The option is already available in South Australia and other states and territories are set to follow. Here's how it all works.

This article was originally published on 24 September 2019. It’s been updated to include the new launch date.