Marinate Your Easter Lamb In Labneh 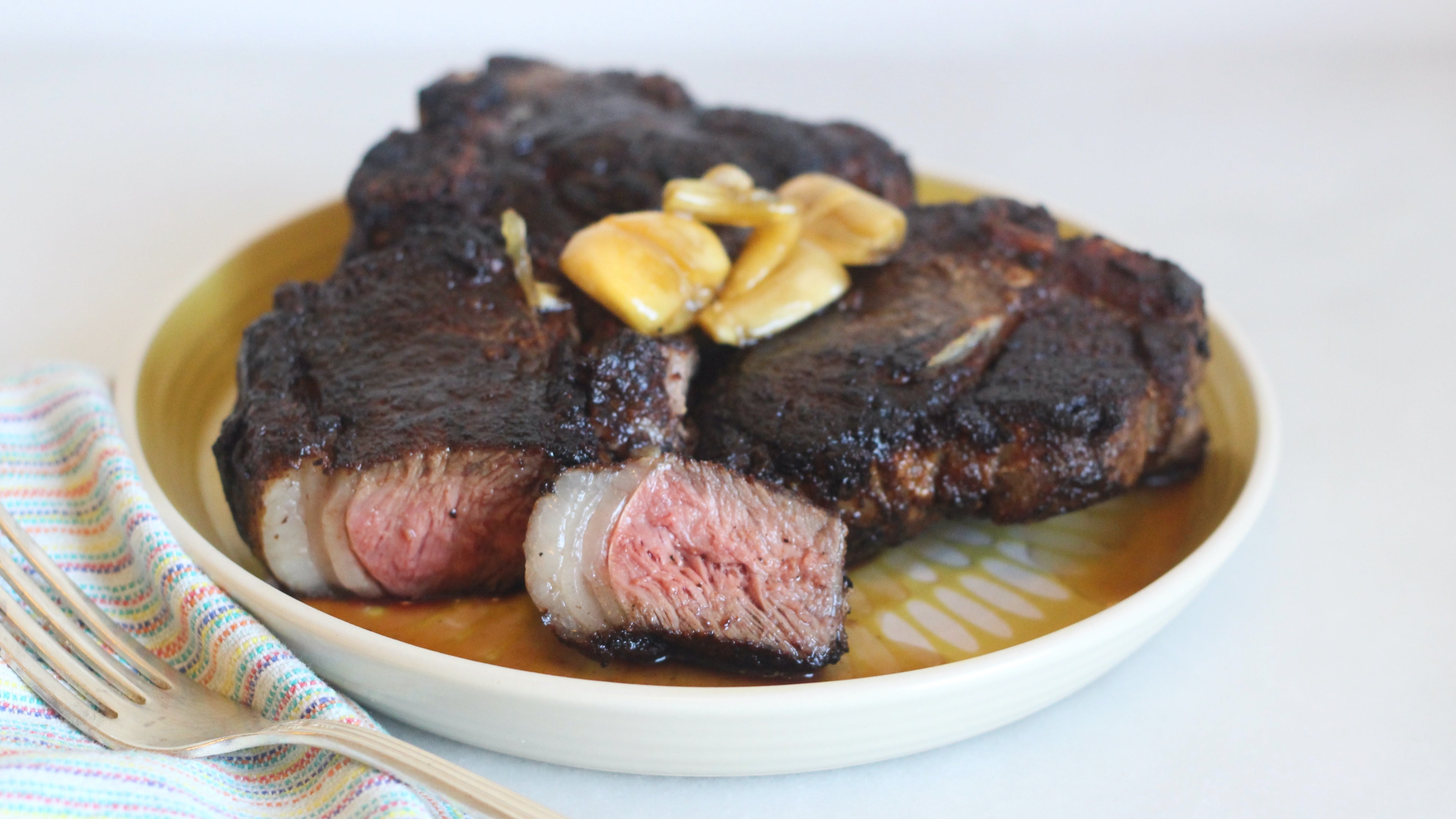 Once upon a time, I had big plans to host an Easter brunch with my friend Dan. We had grand visions of pre-batched

Depending on your relationship to food and cooking at them moment, a few simple recipes may be preferable to grandiose menus. I, for one, have been embracing lazier styles of cooking even more so than usual, which is why labneh-marinated lamb (lambneh) is really speaking to me.

It’s literally three ingredients—lamb, labneh, and salt—and after an overnight stay in the fridge, easily cooked up in a pan. The acid and fat in the thick yogurt cheese tenderises and moistens, tempering any gamey flavour, while the proteins help build an extra-deep, dark crust. If you can’t find labneh, any extra thick yogurt will do, but the not-quite-sour-cream-almost-cream-cheese spread is my absolute favourite.

Now, about that crust. For some reason, most recipes for pan-cooked lamb loin chops say you only need three or four minutes per side to bring them to 60 degrees Celsius. In my experience, it takes about double that, which gives the residual labneh plenty of time to build up a nice bark-like crust. You will think you are burning your meal—and there will be some smoking—but do not worry; the exterior of your chops will taste developed, not burnt, with an insanely tender and juicy interior. (Labneh can be used as a marinade for any cut of lamb, but the loin chops are—in my opinion—the easiest to cook.)

Many lamb recipes use copious amounts of herbs and seasonings in their marinades, but I’m not currently in the habit of spending much time in grocery stores, and this very simple preparation lets the meat speak for itself. If you do want something herbaceous, add it afterward in the form of a pesto or chimichurri—any sort of plant part will burn during cooking. If you want a sweet counterpoint, try some sort of fancy honey (hot or fermented garlic), or a simple red-wine reduction.

To make these simple yet succulent chops, you will need:

Mix the labneh and salt together in a bowl and smear it all over the lamb. Place the lamb in a freezer bag, and let the chops hang out in the fridge overnight. The next day, heat a tablespoon of oil over medium-high heat until it starts to shimmer.

Wipe the excess labneh off the chops, and cook for about 5-6 minutes per side—and a minute or two on each edge—until a dark crust forms and the meat reaches an internal temperature of 60 degrees Celsius (residual heat will carry it through to its final medium-rare temp). Remove the lamb from the pan, let rest for five minutes, and enjoy with whatever sauces you deem necessary. I ate two while standing in my kitchen at 10 am with nothing more than a little salt, but you do what you need to do.