Under Armour has just released a new type of running shoe fitted with GPS technology so it can track where and how you run, providing you feedback based on it. Here’s our rapid review of it.

I started running casually a few years ago to help stay active as well as a way to justify my concerning chocolate intake. The first few runs were pretty horrible and I soon realised I needed to get new gear to help make them comfortable. I needed a bum bag to hold my phone, I needed some dedicated workout gear so I didn’t tarnish my regular clothes and I definitely needed new shoes because the sneakers I bought because they were trendy and good for walking did not cut it.

Quality running shoes are essential if you want to make running a consistent activity. This is how Under Armour’s HOVR Machina shoes rate.

The UA HOVR Machina is a regular running shoe with some handy built-in tech to help you better understand your walking or running style. It connects to UA’s app MapMyRun, offering a GPS view of your run alongside your pace and stride length. It’s aimed at competitive runners but the insights it provides, when combined with the app, are sure to help casual and would-be runners alike. 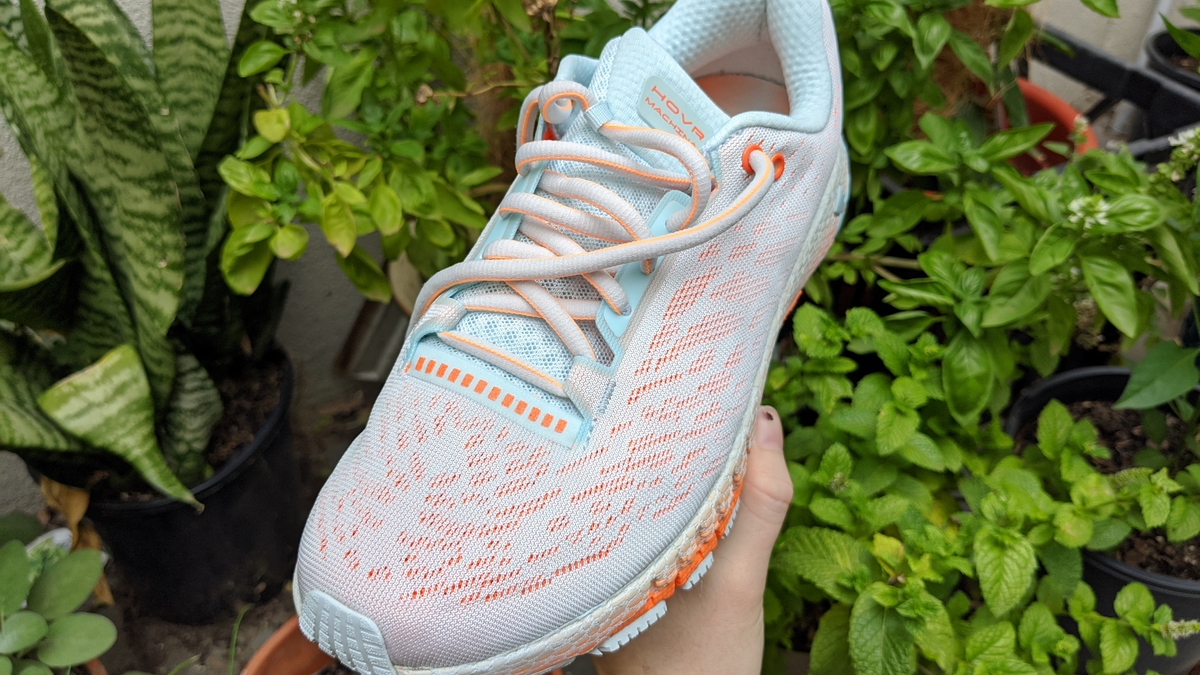 The outer shell of the shoe is a flexible mesh with a soft rubber sole to cushion your steps. The version I tested was called ‘blue’ but it looked more like it had a glow-in-the-dark finish. I have not tested if they actually glow in the dark, sadly.

It’s available now and is retailing for $220 on the UA store.

What’s good about it?

Having never used an Under Armour running shoe before, I was surprised by the sturdy but lightweight feel out of the box. I suppose a lot of other new running shoes I’ve tried have this feel before they’re being used but it’s definitely nice to have something that feels quality from the onset.

Putting them on, they felt a little large on me — a centimetre or so of toe wiggle room — but they did feel very cushion-y. Unlike other runners I’ve had, strapping the laces tight didn’t feel it was cutting off circulation and causing an awkward bump on my tarsal. Plus, the laces are made of a spongey-soft material that holds the lace in place so it doesn’t come undone halfway through your run — another gripe I’ve had with other running shoes. 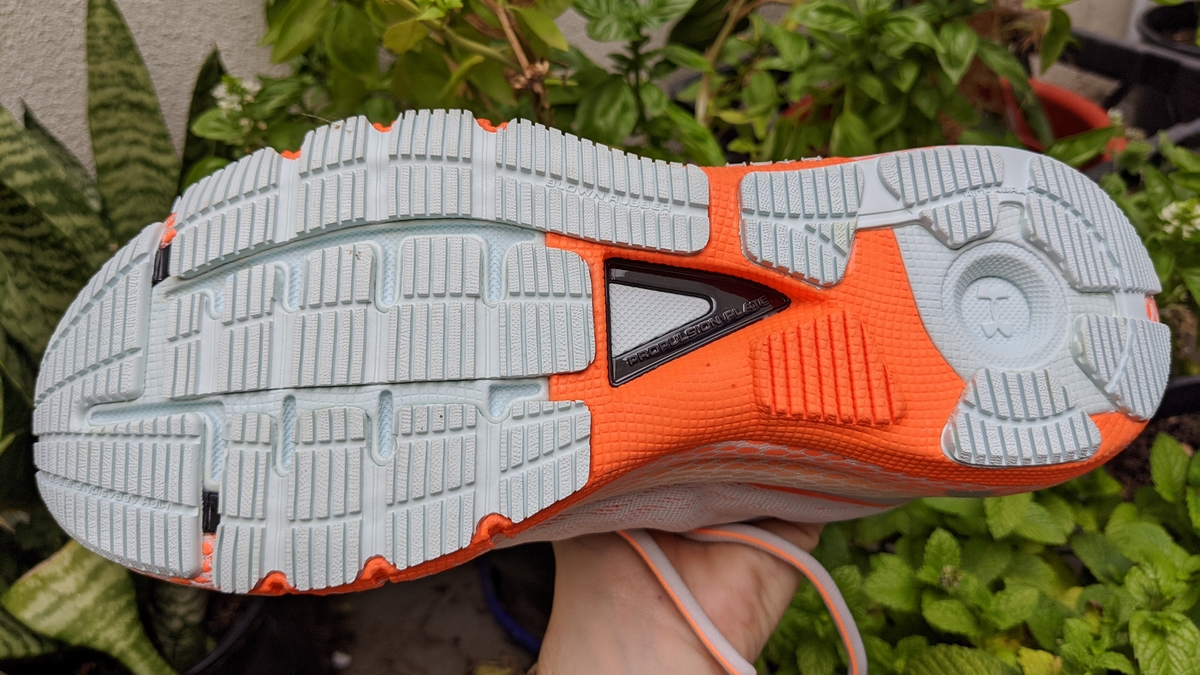 So, how’d they go with running?

I only tested them on a few runs given Sydney’s penchant for slipping between smokey skies and flood-like conditions. Running around my local streets was fairly comfortable with the padding softening the blow of each step. The laces never came undone, which was an added bonus. In terms of running distances, I’m not doing marathons here so how they would fare beyond three kilometres is hard to say with my range being quite limited. Also, I’ve only had a handful of runs and while they still look brand new, the shoe’s natural wear and tear is hard to say at this stage.

Tech-wise, you’ll need to use the UA MapMyRun app, which I’ve conveniently already been using. Chuck the shoes on and then head to Gear Track on the nav bar. Select Add gear and then sync up your shoes once you’ve got them on.

My first run with them was a dud. I foolishly thought I could leave my phone at home and the shoe would track my run and update the app on my return. This does not work. Learning my lessons, I equipped my bum bag and brought my phone along for the next run.

The app lets you track your cadence, stride length and minutes per kilometre in real-time but I don’t think anyone would be able to stand watching the app while you run. I started my run and after an incline decimated my stamina, I paused the app to check out how it was going. It gave me a recap of my key stats but once I resumed my run, I noticed it was calling them out too so I could hear how I was going. This was great, although a little frustrating when it was informing me to take longer strides while I was going up another steep incline. Nobody likes to hear how they suck at running up a hill, it’s a given. 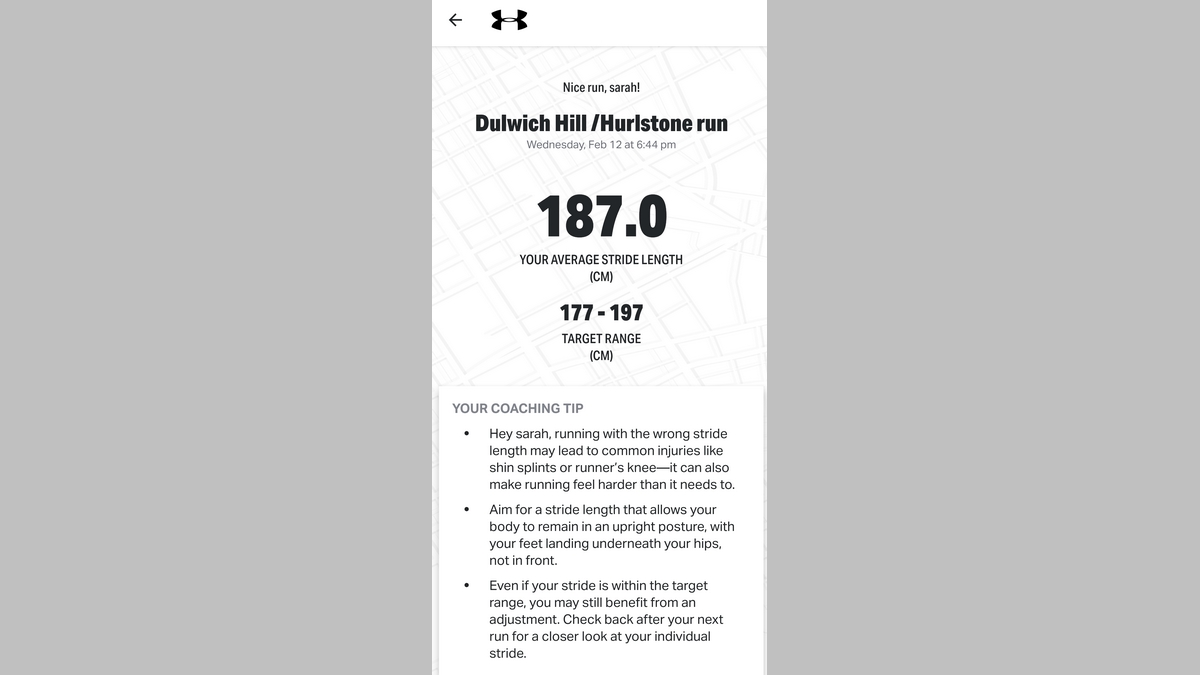 After the run, I was able to review my stride length average and it offered a bunch of tips I can fix up for the next time. I’ve never thought that critically about how I run so the feedback is definitely useful to keep in mind.

What’s bad about it?

There was really nothing glaringly bad I could discern from the few runs I tested the shoe out on. During a run on wet grass, it did feel like the moisture came through onto my socks so they’re not shoes I’d recommend for wet weather runs unless you don’t mind the soggy feeling but slippage-wise, they performed well. 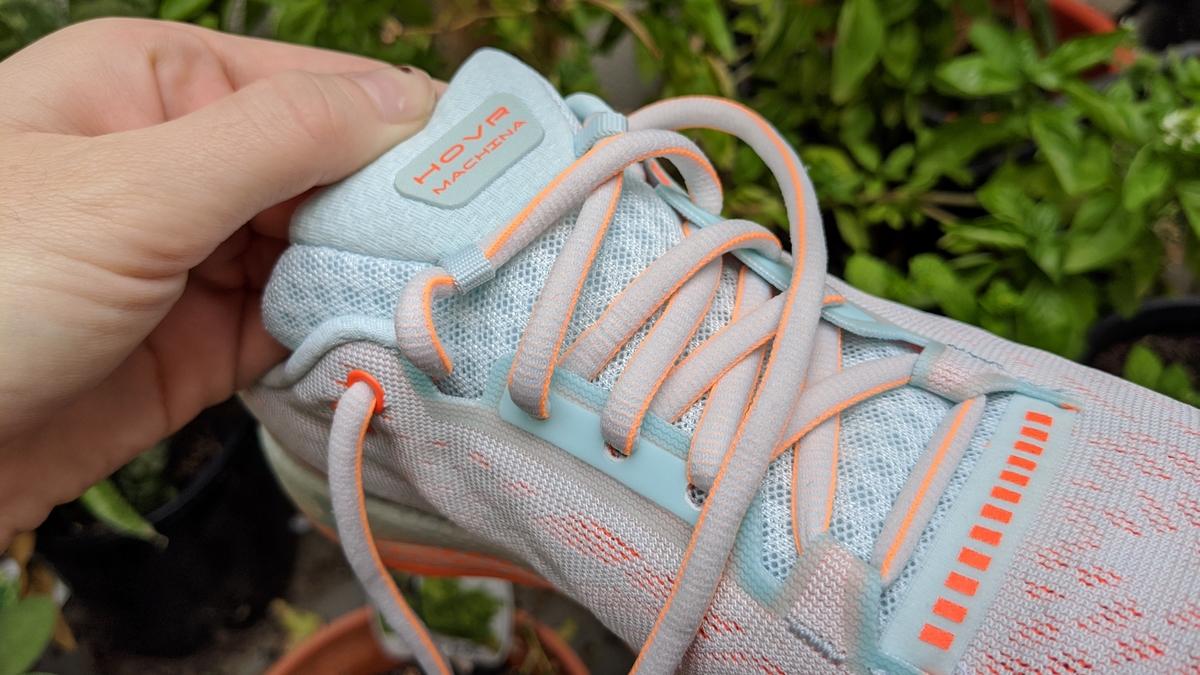 Understandably, we’re not at a stage yet where they’re able to store information offline while on a run, which it could then upload to your app once in range. This is would be amazing because carrying a bumbag with increasingly larger phones is a minor discomfort. You can’t have it all though but maybe it’s something for future models.

Really the main detractor for anyone wanting to buy it is probably going to be the price. At $220, it’s in the upper tier of running shoes so for people on a budget, it might be a stretch even with the fancy in-built technology.

Should you buy it? 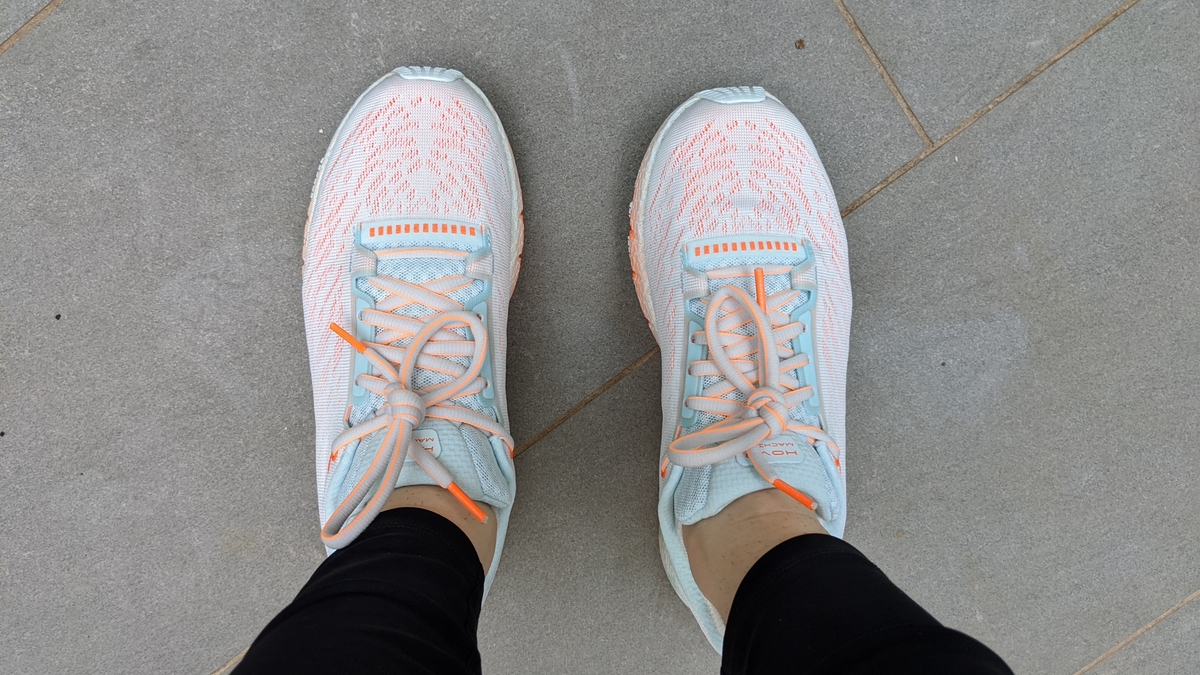 Overall, the UA HOVR Machinas were great at doing exactly what they were meant to and I would recommend them to other casual runners who enjoy the comfort of a lightweight shoe while giving them the option of feedback on their runs.

But if you’re on a budget, $220 might be a bit of a stretch with the lower tier shoe options hovering just under $100 with the entry-level options for major brands coming in around the $120 mark. This means you could be paying between $50 and $150 more for this shoe that’s really just the same as the $120 options but with some fancy tech inclusions. For me, I like these inclusions but I could probably do without them because I’m such a casual runner. If you’re more serious and want to know where you need to fix technique, the shoe’s not likely you to give you that much more information but is definitely cheaper than a coach or running expert.

Fancy Running Shoes Really Do Seem To Make You Faster

For most of us, the best running shoe is whichever one feels the best when you run in it. But shoe companies have been claiming that certain shoes save you so much energy that they actually make you faster. Now, we finally have data to answer that question.