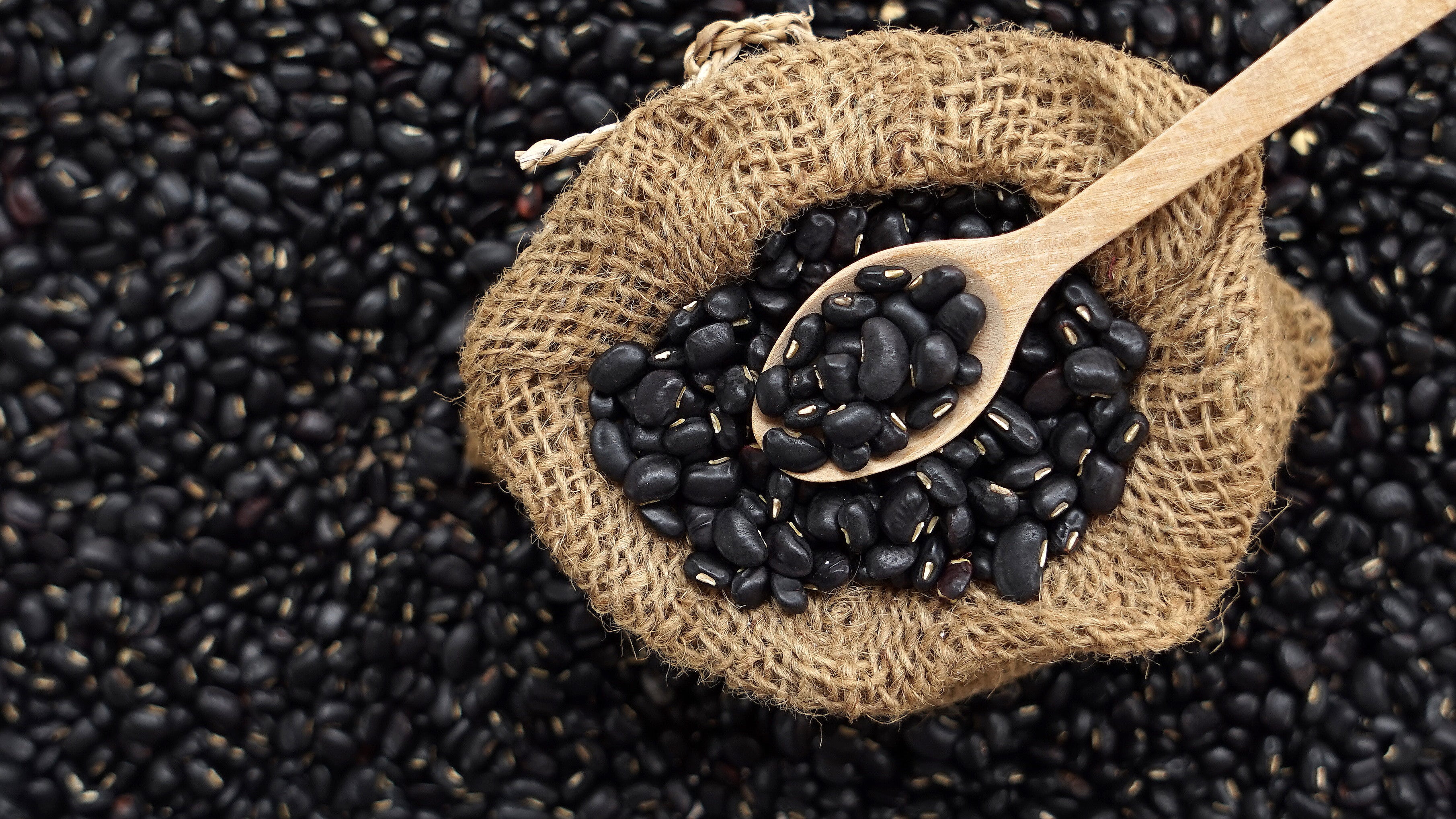 Do beans have as much protein as beef? Is drinking a Coke the same as eating a half dozen doughnuts? Are there really six slices of bread in every bagel?

We’re gonna fact check some of those nutrition memes that are always floating around. Spoiler: if they’re shocking, they’re usually not true.

Meat is a lot more protein-dense than vegan protein sources

There’s a whole category of these comparisons that pit meat against a vegan source of protein. They almost never include all of the nutrients you’d look for on a label—just the ones where the vegan item looks better. For example, in this image above, there’s no mention of calories or carbs (the beans have way more) or vitamins that are present in meat but not veggies.

They always include cholesterol, even though it’s no longer considered a “nutrient of concern.” That’s because cholesterol doesn’t exist in the plant kingdom, so all vegan foods are naturally cholesterol-free.

But there’s another problem with protein comparisons: they don’t equalise by anything sensible, like calories or portion size. This beef-versus-beans graphic looks like a direct comparison at first, until you realise that they must have been comparing uncooked beef to uncooked beans.

So what does that look like on your plate? 100 grams of beef will cook down to about 75 grams (meat loses water as it cooks), giving you a smaller serving, or a morsel of steak a bit smaller than a deck of cards. It has 142 calories.

But 100 grams of beans will gain water as they cook, giving you about 230 grams of beans, or 1.5 cups. (I get my numbers from this Serious Eats bean investigation.) That’s the same as a full can of black beans, drained. That’s a 341-calorie portion, more than twice as much as the calorie count of the beef.

So these two things are not at all comparable at the dinner table. You can certainly put together a delicious and high-protein diet from plant foods, but it will never have the protein-for-calorie ratio of meat. That’s fine! Just be realistic about what you’re eating.

Doughnut equivalents for drinks are misleading You’d drink a Coke, but you wouldn’t stuff down six doughnuts, would you? Doughnut-equivalent charts like this one are meant to make you feel bad about what you’re eating or drinking, but how accurate is a doughnut-centric scale?

OK, so a single-serve bottle of soft drink contains 65 grams of sugar. That’s about right. And so does a half-dozen doughnuts (10 grams of sugar per Krispy Kreme, but this will vary by brand).

So why do you feel more comfortable drinking the soda than eating that many doughnuts? Because these are completely different things. Six doughnuts—I’m just gonna go with Krispy Kreme here—add up to 1140 calories because there’s more in them than just sugar! Plenty of starch and fat, for example. The Coke is 240 calories, because sugar is pretty much the only thing in it. So, yes, the sugar content is the same, but nothing else is.

How much bread is in a bagel?

I hadn’t heard this one, but my American coworkers insist that everybody says a bagel is equivalent to some ridiculous number of slices of bread. Six, for example.

Bagels are made of the same basic ingredients as bread, so this is one where we can do an apples-to-apples comparison. Both contain flour, water, and not much else.

One “regular” bagel, according to the USDA, has 277 calories, including 55 grams of carbohydrates. And one “regular” slice of bread has 75 calories, for a ratio of 3.6 slices of bread per bagel.

Breads and bagels vary; the sandwich bread we use in my house is 90 calories per slice. Maybe your local bagelry makes smaller or larger portions than the USDA’s reference. In either case, a sandwich made with a bagel is going to contain more carbs, calories, and general chewy goodness than the same sandwich made with two slices of bread. But that’s why you went for the bagel in the first place, isn’t it?