The New Google Assistant Is Coming To Older Android Phones

Google Assistant has been simultaneously helping and frustrating us for years but with the Pixel 4, it was given a fresh new face. It’s sleeker, more efficient and less intrusive design-wise. While only Pixel 4 users currently have access to Assistant 2.0, older devices are reportedly getting the update too. Here are the details!

The Most Useful Things To Ask Google Assistant

Google's voice-activated AI tool - AKA Google Assistant - is getting smarter and more useful with every new update. If it's been a while since you used it last, you might be surprised by the huge number of tasks it can now help with. Here are 66 useful questions and commands to try today.

The main changes that make this Assistant new lie within the design. Instead of taking up a full screen, an overlay appears at the bottom of the screen allowing you to still view your original window. Pulling up the Assistant gives you a range of options including making a phone call, checking the weather or playing music. 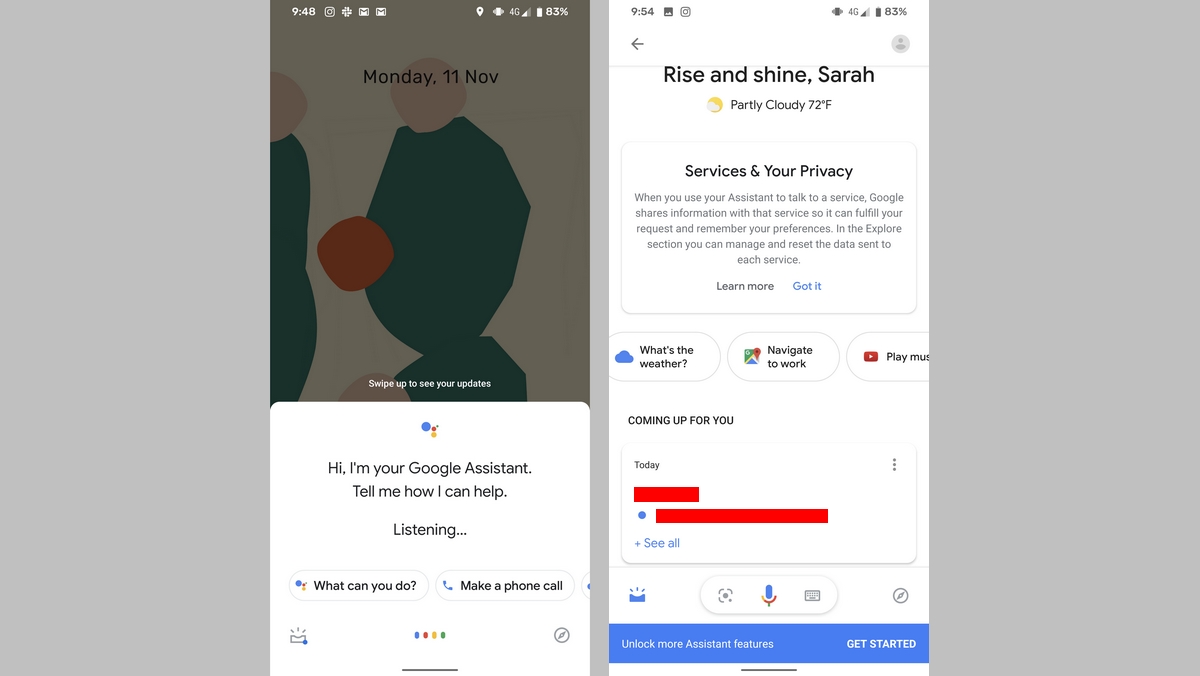 But it has situational awareness. Summoning the Assistant while you’re in an app gives you the option to take a screenshot or decipher what’s on your screen. While testing it, it also detected the music playing over the office speakers and gave me the option of looking up what song it is. I happen to very well-acquainted with TLC’s “No Scrubs” but it’s a handy feature when I’m fumbling to open up Shazam before a song ends.

What phones are getting the new Google Assistant?

The great thing is, it doesn’t look to be just a Pixel 4 exclusive, according to 9to5Google. Some users have reported the new look Assistant appearing on Pixel 3 and Pixel 3 XL devices after updating to a new beta version of the Google app.

With the testing for the compact Assistant beginning in July, as reported by 9to5Google, it seems only a matter of time before more devices get the feature. Maybe once Android 10 is released to non-Google devices, things will start to filter out of being Pixel exclusives.

Ten Google Assistant Tricks You Should Be Using

Google Assistant is everywhere. From Android handsets, to hundreds of smart home accessories including Google Home, it's becoming embedded in our workplaces and abodes. But how do you get the most from Google Assistant? Here are our top ten 10 tips, hacks and tricks for a better experience with Google Assistant.