How To Stop Caring What People Think, With Mark Manson 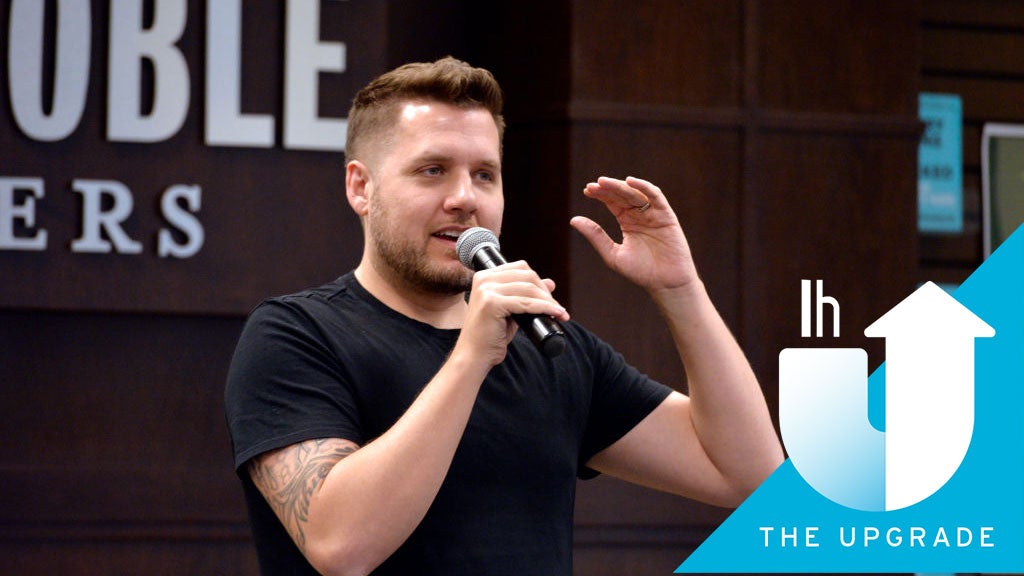 Do you find yourself spending way too much time worrying about what people think of you? Are you ready to let go of those needless concerns in order to focus on other, more important things? This week on The Upgrade, we’re working through our issues with Mark Manson, author of The Subtle Art of Not Giving a Fuck, as well as revisiting our interview with writer Samantha Irby from our 2017 “How to Not Give a Shit” episode.

Listen to The Upgrade above or find us in all the usual places where podcasts are served, including Apple Podcasts, Google Play, Spotify, iHeartRadio and Stitcher.

Why he wrote “The Subtle Art,” and also why anyone should write anything:

[I wrote it] because I needed it. This is the secret of my writing i guess — the stuff I write, It’s not because other people need it. It’s because I need it. You know I was in a spot where I was just really upset about a lot of stuff that I didn’t want to be upset about. And so the harshness, the sarcasm — it was very much directed at myself… I was talking to myself primarily and I try to use that as a starting point for all of my work.

On what “not giving a fuck” really means:

It’s not about being indifferent. It’s about finding the two or three things that are really worthwhile because once you find those then all the small stuff becomes more muted. This stops it from affecting you as much. So when people come to me and they say, “I care way too much what people think,” my first response is you need to find something that matters more than what people think. That’s the problem. The problem isn’t that you need to stop caring what people say about you. It’s that you need to find something else that is so much more important that they can say whatever they want, it’s not going to change your mind.

On her friend trying to get her to change her dating app profile:

My screen name was “fart throb.” And she looked at me like I had just taken a bite out of a baby. She was like, who are you expecting to meet? And I was like, someone funny!

Like, all my pictures were like the fattest whale-iest pictures I could take — one of them I was like bending over a cake. Because … if I post that then [I might meet] someone who I might actually want to build six months with. If I really want to meet somebody, I got to be me. And “fart throb” is hilarious. And if you would want to be with me, you would think that was funny. And if it made you want to throw up, then, you know — we’re not gonna work.

For more of Mark’s advice and Sam’s hilarious stories, we recommend listening to the podcast. It’s fun!