How To Road Trip Through Iceland

In a country as geographically varied as and as foreign to our way of doing things as Iceland, where do you even begin? I’ll tell you exactly where: car rentals.

I’d been dreaming of an Icelandic holiday since I was a wee child, and I finally made that dream come true when I spent five days in the country this July. I rented myself a car and took off on a solitary road trip with 80-odd destinations on my To See list. And it was the best experience of my life to date.

While it can be tempting to just plan a ton of tours, it’s not the ideal way to see Iceland. Tours are expensive as hell — expect to drop a minimum of $150 for a short tour, or anywhere up to $600 if you want something more in depth — you never actually really know what kind of thing is worth a tour until you get there (case in point: I thought I’d be more excited about volcano hikes than glacier hikes; turns out, I ended up feeling the exact opposite!) and you end up taking well-trodden touristy paths.

No, to truly enjoy this majestic country, you’re going to need a car, a spirit of adventure, and the kind of DIY attitude that’ll keep encouraging you to figure shit out despite whatever setbacks you hit on the road.

Preferably a 4×4, but you can get away with a car, as long as it’s not winter or that car has some all-weather capability. However a 4×4 will allow you to really get off the beaten path and experience a less touristy side of Iceland.

You need hefty 4x4s with a significant amount of ground clearance to conquer the F Roads, which are essentially just rocky paths worn into the inhospitable highlands.

I wasn’t keen to take those on alone. But a 4×4 honestly would have helped for even relatively simple drives, like the rocky paths that led to the haunted ruins of the Selatangar fishing village, or to the bird-watching cliffs of Krýsuvíkurbjarg. Just because you can take a sedan on those routes doesn’t necessarily mean it’s going to be a comfortable experience. Hey, this is Europe. Your rental car may have a stick shift. Deal with it.

Now, you can definitely get away with not knowing how to drive a car with a manual transmission — there are plenty of other rental cars out there that don’t require you to know any special skills. But if you’re pulling off this trip on a budget, manuals are cheaper.

As I’ve covered here before, much of my stick-driving has been learned on the fly, so I rented an automatic Mazda 2 hatchback that I was more comfortable with given the distances. The problem, though, is that it was about $120 more per day to rent than the manual version. Learn to drive stick, and your rental options have just gotten much cheeper.

Get The Best Insurance

Your rental agency will probably offer you a few options for insurance that can feel like surprise fees, since you may not have read anything about these insurance options when you booked the car. The booking agent will suggest the highest level, of course, but this is the one country you should probably take it.

I very nearly didn’t splurge on the highest-tier insurance, but it ended up coming in handy when I blew a tire and was stranded two hours away from civilisation. I didn’t have to pay for the tow or the necessary repairs, which would have been far more expensive than the extra bucks I paid to be insured. Plus, in a country as sandy and rocky as Iceland, scratches are to be expected. Make sure you’re covered should you rental car come back a little more pockmarked than before. 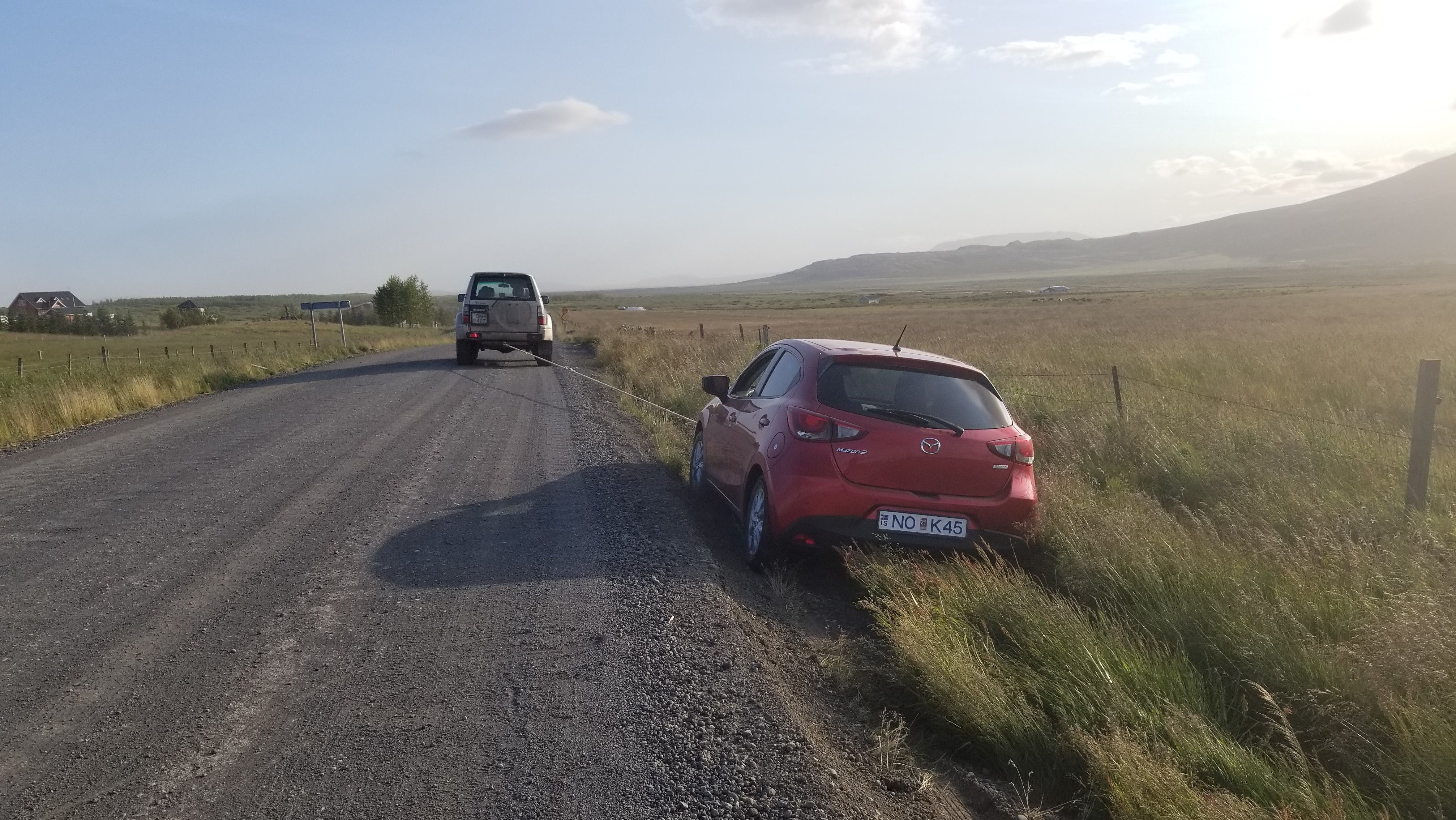 Specify The Amount Of Petrol You Want

Icelandic petrol pumps offer you several options when it comes to filling up your tank.

Since I didn’t know exactly how much Icelandic kronor corresponded to a full tank, I just selected the “fill tank” option.

Do not be tempted. This works differently in Iceland than it does elsewhere! This station will charge you an exorbitant amount of money that is assumed to guarantee a full tank. But you have to pay that full price, which, for me, was around $300 — whether or not you actually need that amount of petrol. You could use $75 worth of petrol and you’re still out $300.

Avoid your mini heart attack. Do some conversions, or just get accustomed to not having a totally full tank. Your bank account will thank you.

Driving Takes Longer Than You Think

Even though it technically only takes 18 hours to drive the entirety of the Ring Road, it takes like ten times as long to actually tour the country. You’re going to be traversing sketchy roads and potentially dangerous conditions that require slow speeds. You’re not just going to be able to pull off to the side of the road to snap a few pictures of your tourist destinations. Most of them require a longer drive and a difficult trek. It takes time. Be prepared for it.

Icelanders aggressively judge your driving, no matter how you drive. They’ll tailgate you if you’re going too slow, and they’ll glare at you if you keep the pace with them.

Case in point: gravel roads in Iceland have a speed limit of 80 km/h. When you’re on a one-point-five lane gravel road bordering the side of a steep cliff, that seems super fucking fast. It’s fine to slow down, even if the Icelander behind you is right in your arse. Just be comfortable.

The weather in Iceland can be wild and unpredictable and the road quality and grade can change dramatically. If you come across a stretch you don’t feel comfortable driving, don’t drive it. There’s plenty to see and no shame in keeping yourself and occupants safe.

I really wanted to go up to the northern peninsulas and see the Arctic Henge, but as I started to creep over more and more precarious mountain roads — and as a rainstorm threatened to roll in — I decided against it. And with all that newfound free time, I was able to see the Hornstrandir Nature Reserve instead.

Go Off The Beaten Path

There’s more to Iceland than you can possibly imagine. That’s not even an exaggeration. I thought I’d found all the cool, unique things to do in Iceland, and then I got there and kept driving by landmark signs that I’d never even heard of before. 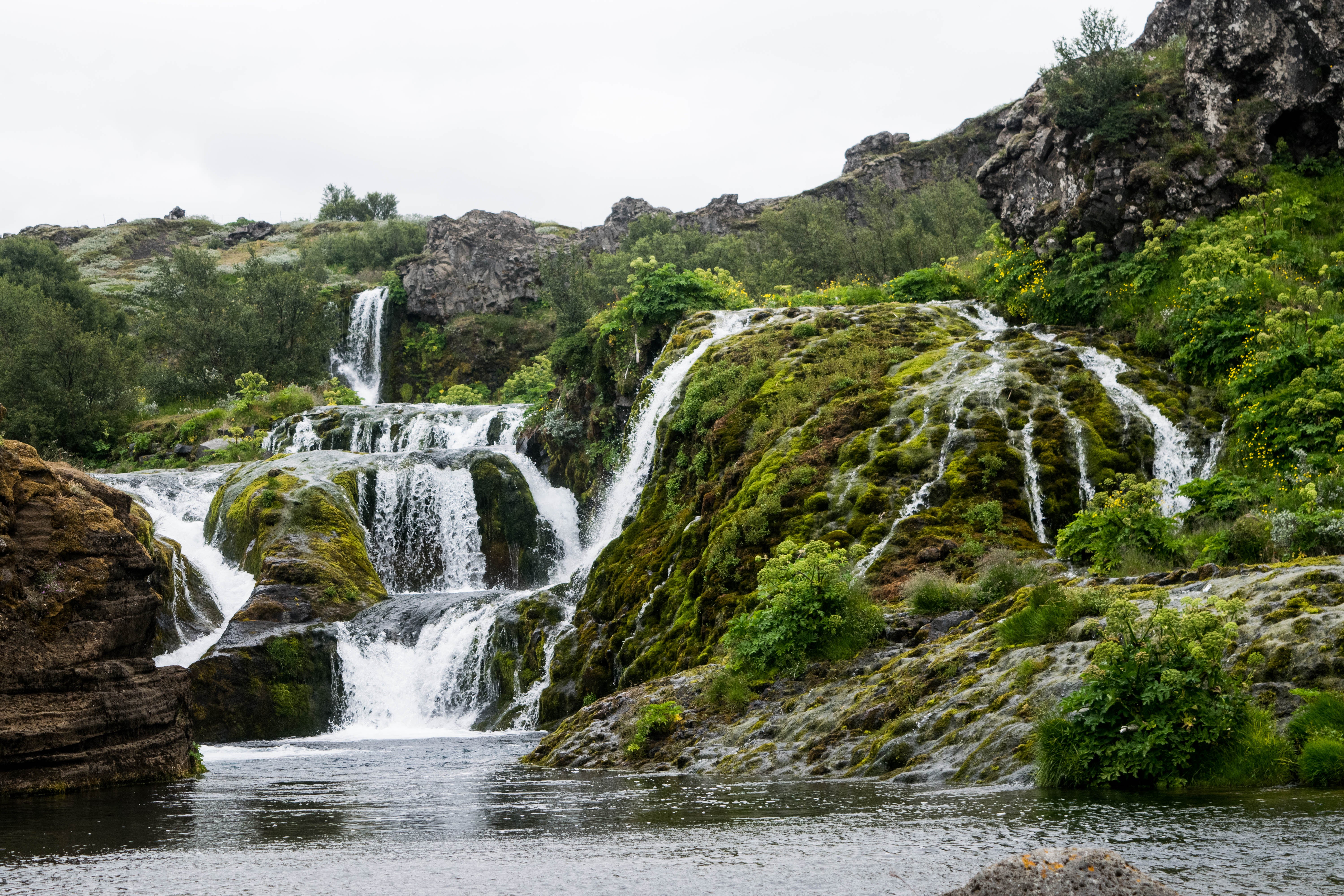 One of the most magical experiences I had in Iceland was at Gjáin, an impossibly lush valley dotted with waterfalls, carved out with rivers, and surrounded by fields of lava. It wasn’t on my list, but the Stöng Viking longhouse was, and Gjáin is right there. 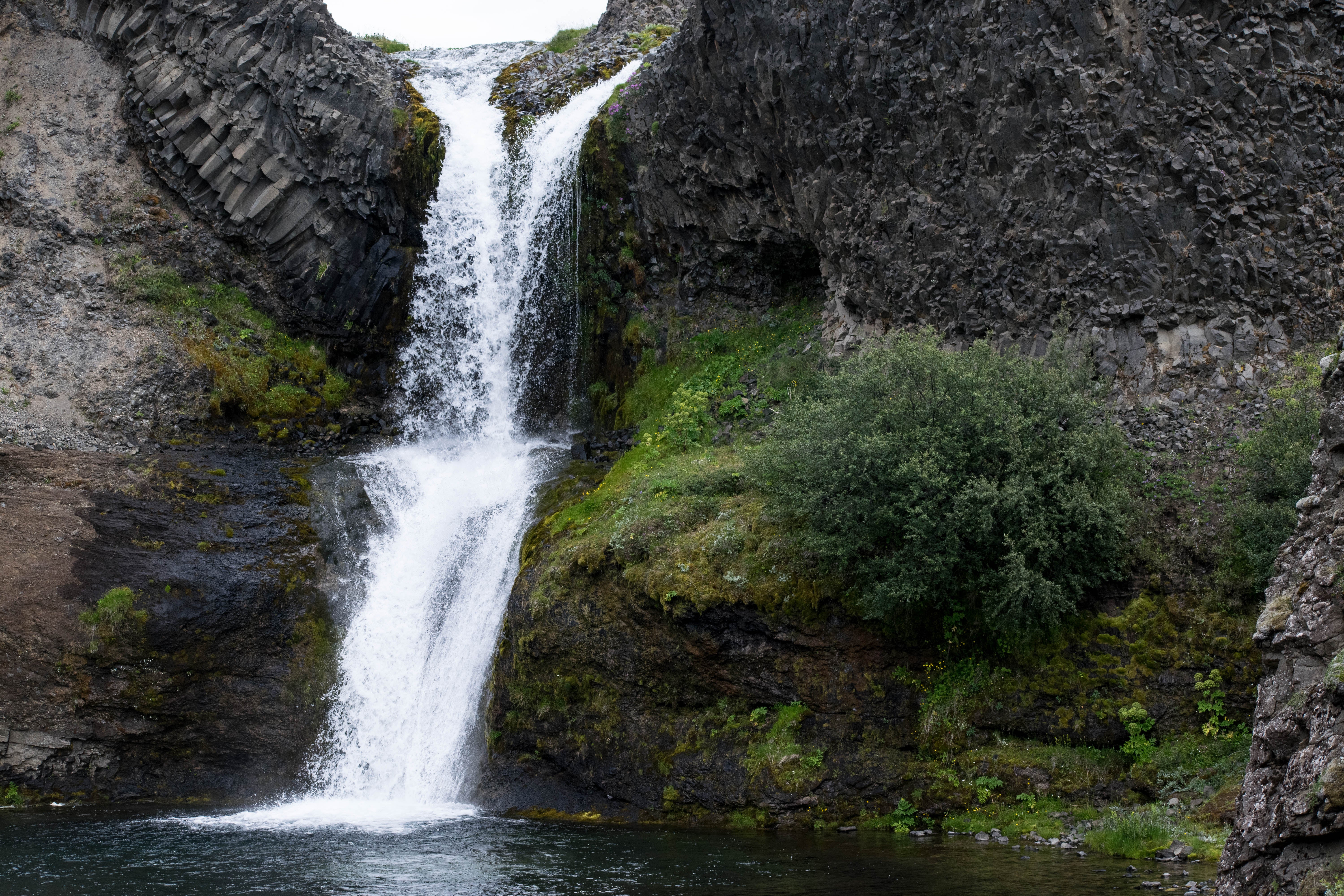 You’re not going to regret stopping somewhere that you didn’t plan to. I promise.

Camp If You Can

Lodging in Iceland is (you guessed it) expensive. Try camping instead.

Iceland’s government requires you to camp in an actual campground, but that’s ok. There’s tons of campgrounds. While it does cost money to stay there, it’s usually somewhere in the range of $15 – $75, and you’ll have plenty of amenities. Most places had hot showers and water bottle filling stations. I even saw some that offered communal grills. If you can sleep in your car, do it.

If you really have to stay in hotels, try guesthouses, or find ones that have breakfast or dinner buffets, which are plentiful but not guaranteed. These are either included in the cost of your room or are an extra $22 – $30. It’s the best meal value you’re going to find, so gorge yourself accordingly.

The Blue Lagoon Is Worth It, But See Other Hot Springs

The Blue Lagoon usually elicits two very strong reactions: it’s too touristy and not worth it, or it’s a lot of indulgent fun and is definitely worth it. I fall in the latter camp. It’s a little expensive, yes, but if you end a long trip of hoofing it across an entire country with a luxurious hot spring experience loaded with alcohol, massages, and face masks, then it’s totally worth the money.

That said, don’t forego all the other hot springs in Iceland just for the Blue Lagoon! There are plenty of other ones that are more natural, way cheaper, and give you a more “authentic” experience. (Also try: Laugarvatn Fontana, Mývatn Nature Baths, Landmannalaugar Hot Pot.)

Yes, Go See All The Waterfalls 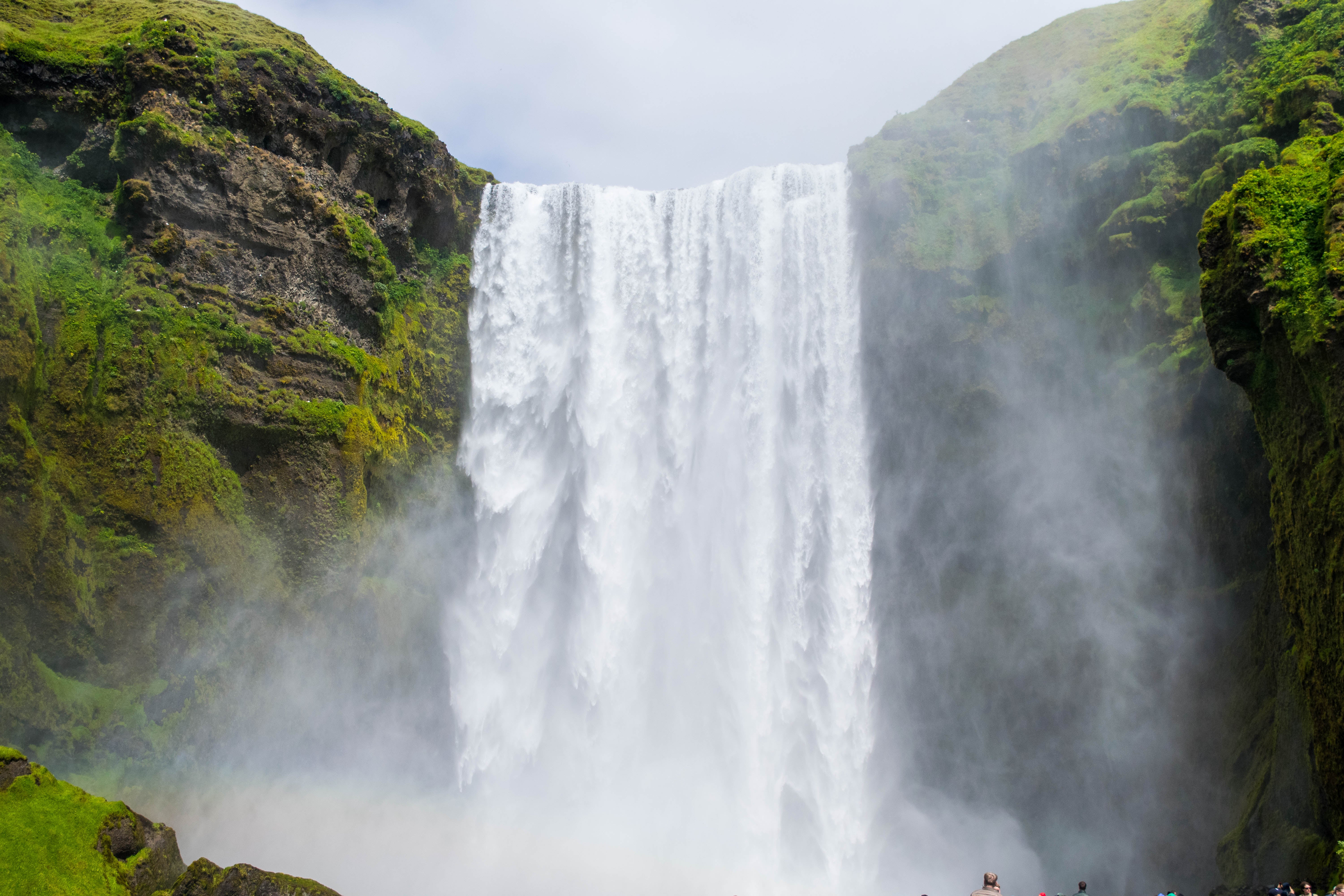