How To Sound Interesting In A ‘Let’s Get Coffee’ Email 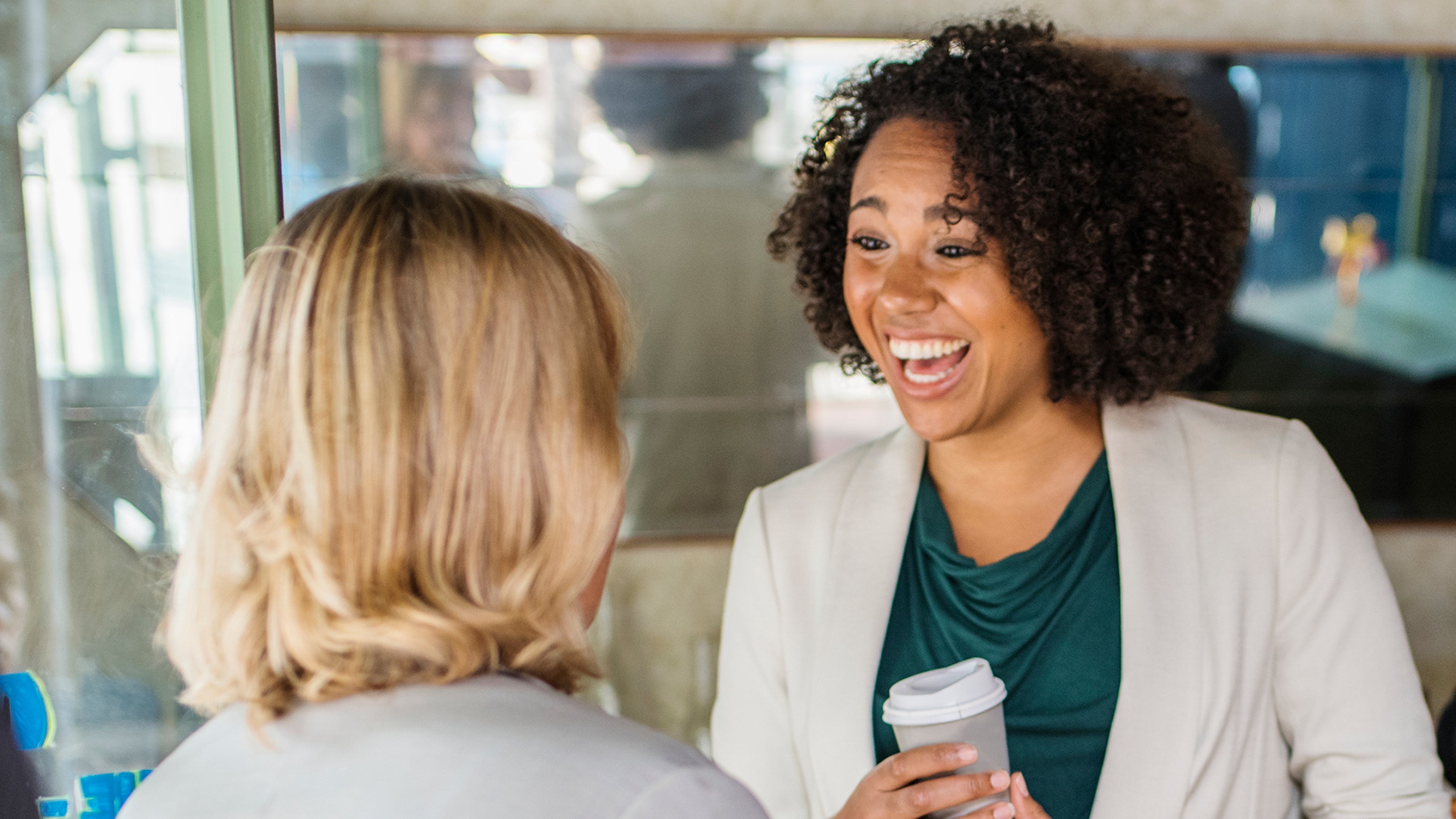 It’s intimidating to email someone whose work you admire, asking for advice, or a coffee chat, or any first meeting that you secretly hope sparks a career-long mentorship. It’s like asking someone on a date while also asking them for a raise. It’s hard and even if you do it right, it might not work! The Harvard Business Review has a killer strategy: present your most interesting, valuable, credible self.

When people email marketing strategist Dorie Clark asking to meet up or to do a professional favour, she says yes to the ones who establish credibility, pique her interest, or offer her some benefit. And she uses the same strategies when she asks favours of people she looks up to:

For instance, when I recently wrote to a prominent film director, I started the note by citing our shared alumni affiliation and — because I wanted to inquire about adapting one of his films into a musical — mentioning the prominent shows that had been created by graduates of the musical theatre workshop I’m in.

He responded, expressed interest in talking further, and noted that a composer friend had told him that “many exciting works have come out of this program.” By establishing your credibility up front, you make it clear that the interaction will be fruitful.

Write to one specific person

The tricky thing is, everyone’s taste for interest, credibility and value is different. What sounds like confident bona fides to one person will sound like bragging to another. So you have to write specifically to this one person.

Search their social media, any blogs, any interviews. Find their interests and obsessions, and see if you have any in common. Try to figure out which common ground they actually care about. Some people love to hear from students of their alma mater. Some don’t give a shit about that, but they might love to connect over the shared love of an obscure book.

Look for the less obvious things — you probably won’t get anywhere telling a famous game designer that you, too, love Portal. But you might connect over a shared interest in Sleater-Kinney, or lawn bowling, or barbecuing. You can refer specifically to the place they mentioned that interest in public, and mention it very lightly. They don’t have to know you searched for it!

If you really admire this person and their work, there’s a good chance it’s the common interests that drew you to them in the first place. It doesn’t have to be something overly clever. I keep a correspondence with an author friend that’s 50 per cent about our shared appreciation of Jorge Luis Borges. No shit, we both write speculative fiction, of course we like Borges, but we genuinely connect over that (I think!) because we have overlapping takeaways from his work.

See if you can find anything this person has said about interactions with fans, in case there’s something that really appeals to them or bugs them. I’ve seen several people publicly humiliate themselves by trying to give Dan Harmon a critique on his show Rick & Morty. Because Harmon has a “jovial arsehole” persona, these guys (it’s guys) clearly thought they could impress him by one-upping his jokes. He tells them how horrible this approach is, usually in a quote-tweet.

You need to do your research, but you can stop when you start to feel too stalker-y. And don’t reach any further than feels comfortable. You want to look interested and interesting, not desperate. These are the kinds of emails you really need a friend to scan, just to double-check that you don’t come off as a total weirdo.

To that end, as Clark recommends, always give your recipient an out. Say that you know they’re busy and you won’t mind if they can’t respond. Frame it in those terms — “can’t” instead of “won’t” — to keep it casual and avoid any hint of a guilt trip.

Present your best self

When you ask for help from someone you admire, you might start self-deprecating, or even prostrating yourself like a lowly supplicant before the emperor. You’re not worthy, you’re not worthy! But that’s not appealing. You need to convince this person that you kind of know what you’re doing. People don’t like to give their advice or time to an idiot.

You also might be tempted to cover your insecurity by bragging as if you’re actually the truly important one here, listing everything you’ve ever accomplished. You can’t do that either! The line is different for everyone, but you don’t want to sound like you’re selling a car.

You want to sound like a respectable, interesting person who would be fun to talk to for a bit, and who would soak up everything your recipient tells you. Because even busy people are tantalised by the opportunity to talk on and on about what they know, to someone who really gets it.