Why Samsung’s Galaxy S10 Camera Is The One To Beat 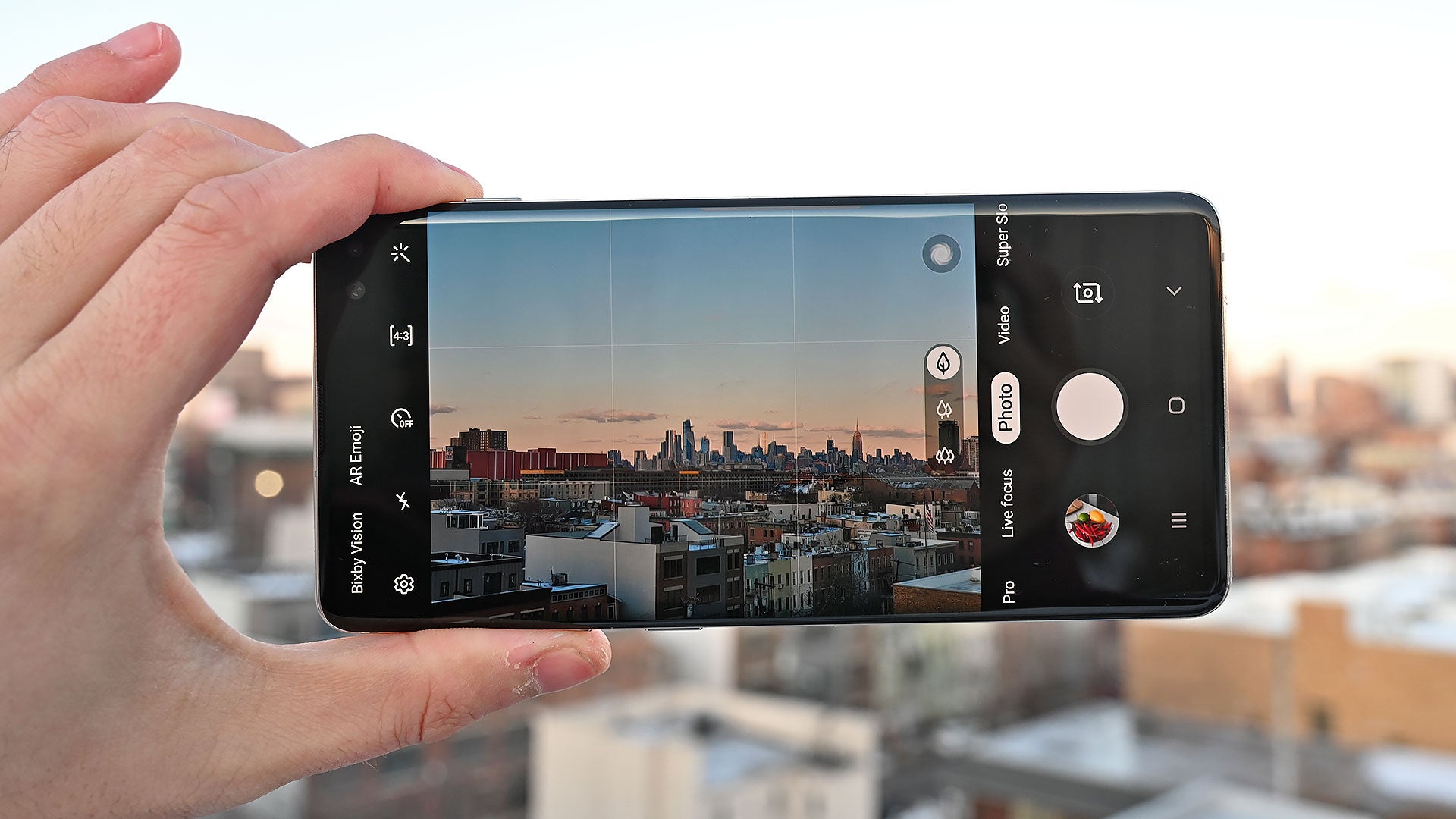 For a lot of people, the camera quality is the main feature that guides them to their new phone. More power, more storage and better connectivity are important for the more hardcore users, but everyone else just wants to be able to take better photos of their dog or their dinner (or, in limited cases, their dog’s dinner) without having to carry around a standalone camera.

That’s why every manufacturer at MWC last month was announcing phones with better cameras, more lenses and smarter AI. So, after six days with the Samsung Galaxy S10+, here’s how I’ve found the cameras.

(Note: photos below have been taken directly from the phone without additional editing, but they have been crunched and resized a bit to display online.)

For the most part, taking selfies on the S10+ is a dream. Historically, I have not been great at taking selfies, but there’s something about the right-side positioning of the lenses and the handy focusing square that has me taking some of my best shots here. The most welcome improvement on selfies is the wide-angle lens, which means you can now fit more people into the shot without needing an ultra-long arm or a selfie stick. I’ve managed four people in one selfie with the new wide-angle lens, while before I was lucky to get two.

Though, while having the cameras on the right seems a bit better when you’re taking a photo of one person, it doesn’t work out as well for a group and most people will need a little time to adjust to the change. Unlike the smaller S10 and S10e, the S10+ also has a secondary depth-sensing front camera used for so-called “live focus”. This mode is great for selfies because it allows you to better focus your audience on the most important thing in the photo (you), while making the background blurry, black and white, swirled, or zoomed.

The only problem with that is that I’ve found it smooths my skin, makes me a little paler (and I didn’t know there was a paler for me to get), and attempts to add a sparkle to my eye (which would work a lot better if I didn’t wear glasses). Presumably there is a way to turn all of that off, but I didn’t find it.

Wide is your standard camera view, zoom gives you a 2x optical zoom which makes for much better close up shots, and ultra-wide gives a slight fisheye effect but fits in a lot more of the world around you. I was stunned by how much of a difference the three lenses made, and how much I found myself utilising all of them while touring around San Francisco.

If you want, you can disable the S10″s scene optimizer by tapping the circle in the top right, but you can’t turn on specific scene settings at will, which is a bummer. (Photo: Sam Rutherford, Gizmodo)

In standard photo mode you can use Scene Optimiser, which can determine between 30 different scene categories and then makes the photo look the best it can. This was the most obvious in my photos of Muir Woods, where having Scene Optimiser on made the greens greener. It did make them look a little surreal in their greenness, but it added a magic that you can edit out later if you choose.

For those who aren’t great at taking photos and want to get better, Shot Suggestions are great. The app finds the best spot to point the camera and helps you make it level. Obviously, this AI doesn’t get it right all the time, but most times it made a good point about which angle would make the better photo. As an added bonus, if you hold it in the right spot for a moment it’ll just automatically take the photo for you. It’s OK at taking photos at night, but it’s not in the same league as the Google Pixel 3 in this regard, and Live Focus photos are possible from the rear cameras as well.

The best new thing about shooting videos (aside from HDR10+, which isn’t available to test yet) is the Super Steady Video mode. It’s similar to what’s in the new GoPro range, and makes your shaky footage of little Wilhelmina’s fifth birthday party almost look like you shot it on a gimble.

What’s less good about the rear camera is poor old Bixby. Bixby is the digital assistant that stretches the term “smart” the furthest. On lens mode, Bixby Vision suggests similar photos and products you can buy. I cannot stress enough how much you should never accidentally point Bixby vision at your bare leg; it gave me images of a toddler who had a nappy malfunction and then a lot of photos of people with injuries. Pointing it at a box for the LucidSound LS41 gaming headset had it suggest I buy a Nike Sports band.

Meanwhile Bixby Vision AR Experiences mode is supposed to help you put décor in your room or find movie trailers. It placed a giant bed that I couldn’t resize in my bedroom, and despite having an entire empty hallway to play with it would only place a mammoth ottoman halfway through a door. I tried to give it an easier task of finding movies by pointing it at posters for Supergirl, Xena and Carmilla to no avail. Pointing it at the Black Panther Blu-ray also did nothing. Hopefully this will be improved before launch, but it would be better if Samsung just put Bixby out of its misery.

All up, the Samsung Galaxy S10+ camera is very good, but not exceptional based on my experience with it thus far. 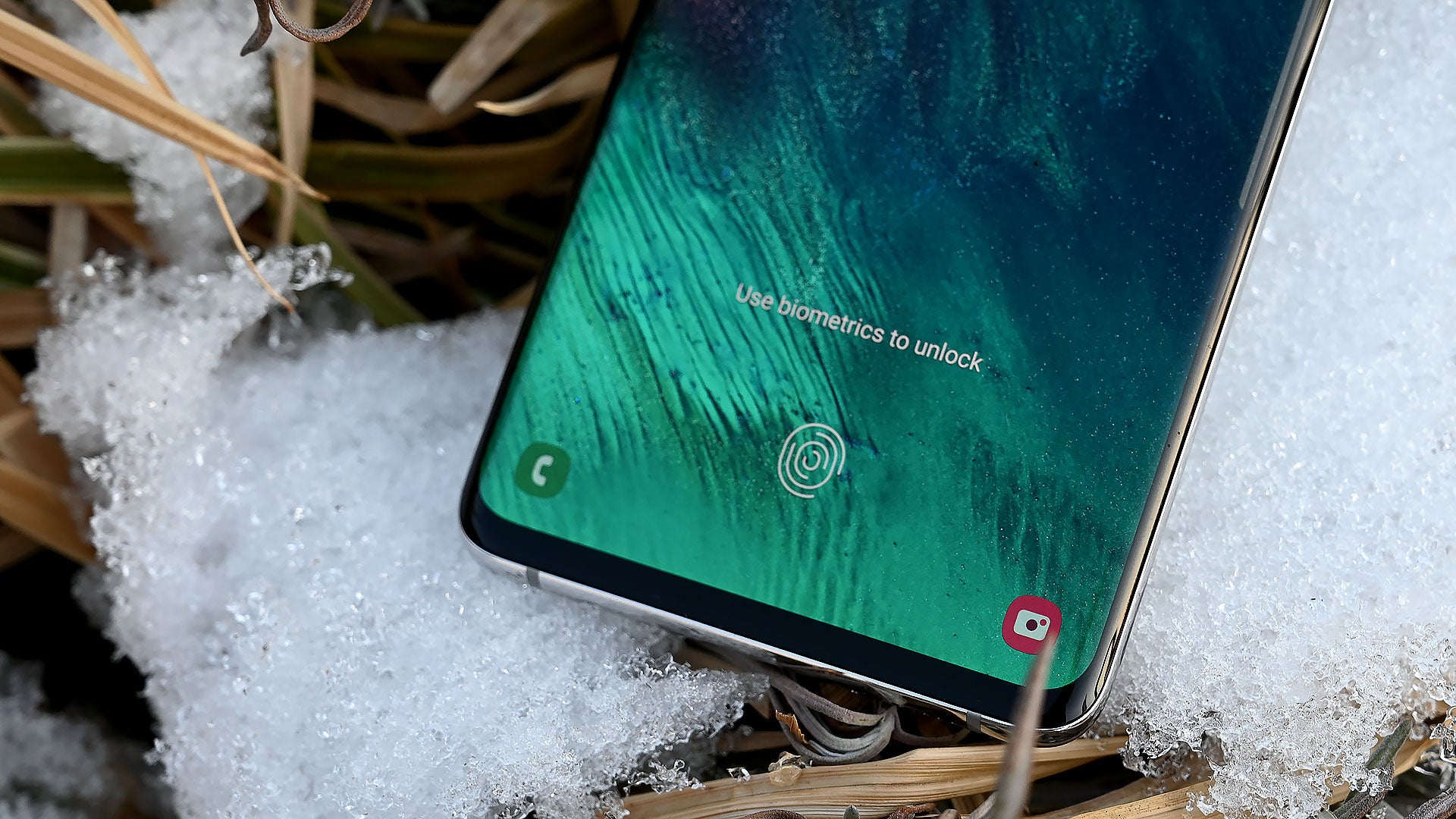 Another bonus of the in-screen fingerprint sensor is that now, if the phone is lying flat on a table, you can unlock the phone without needing to pick it up and reach around the back. 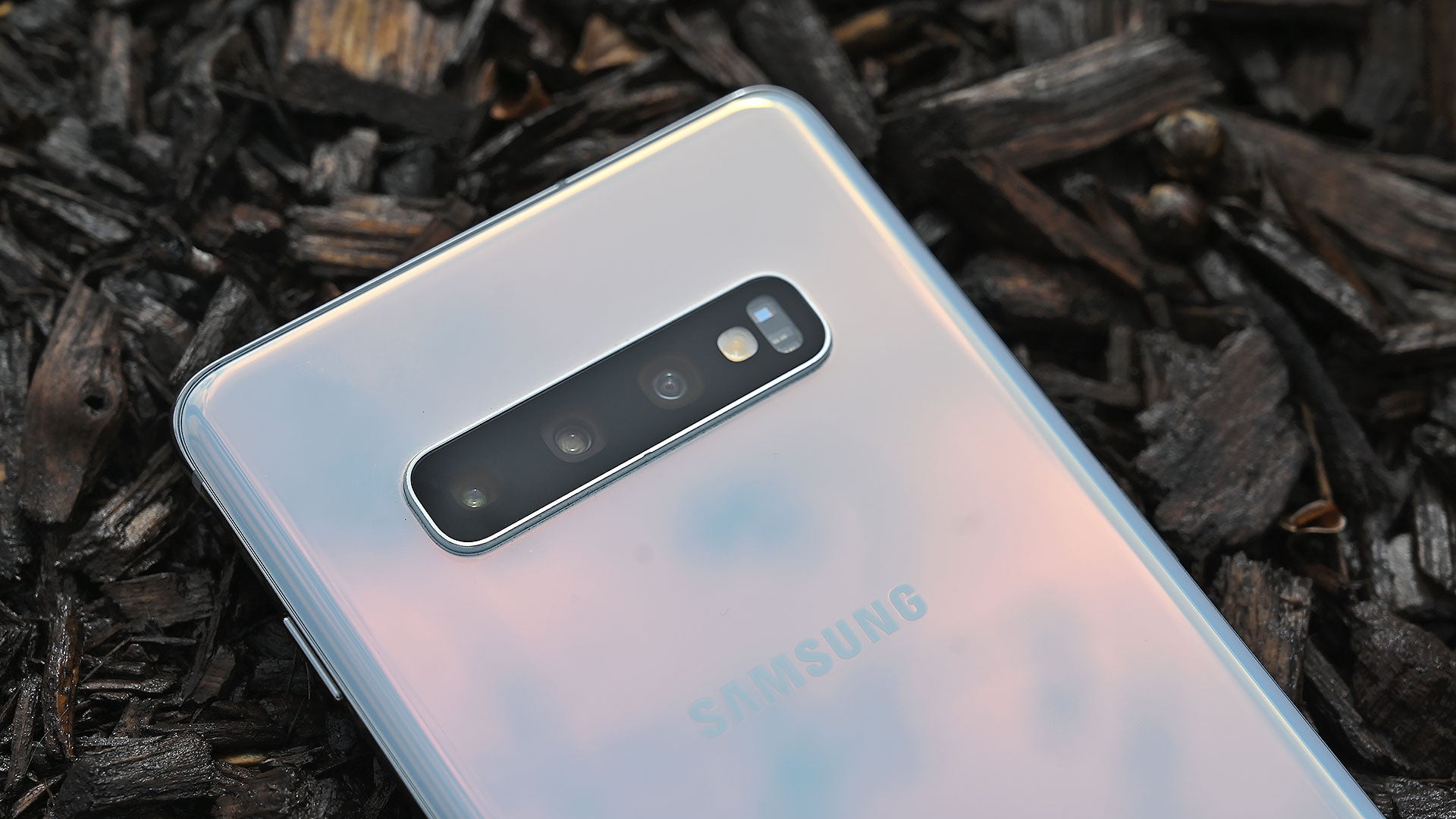 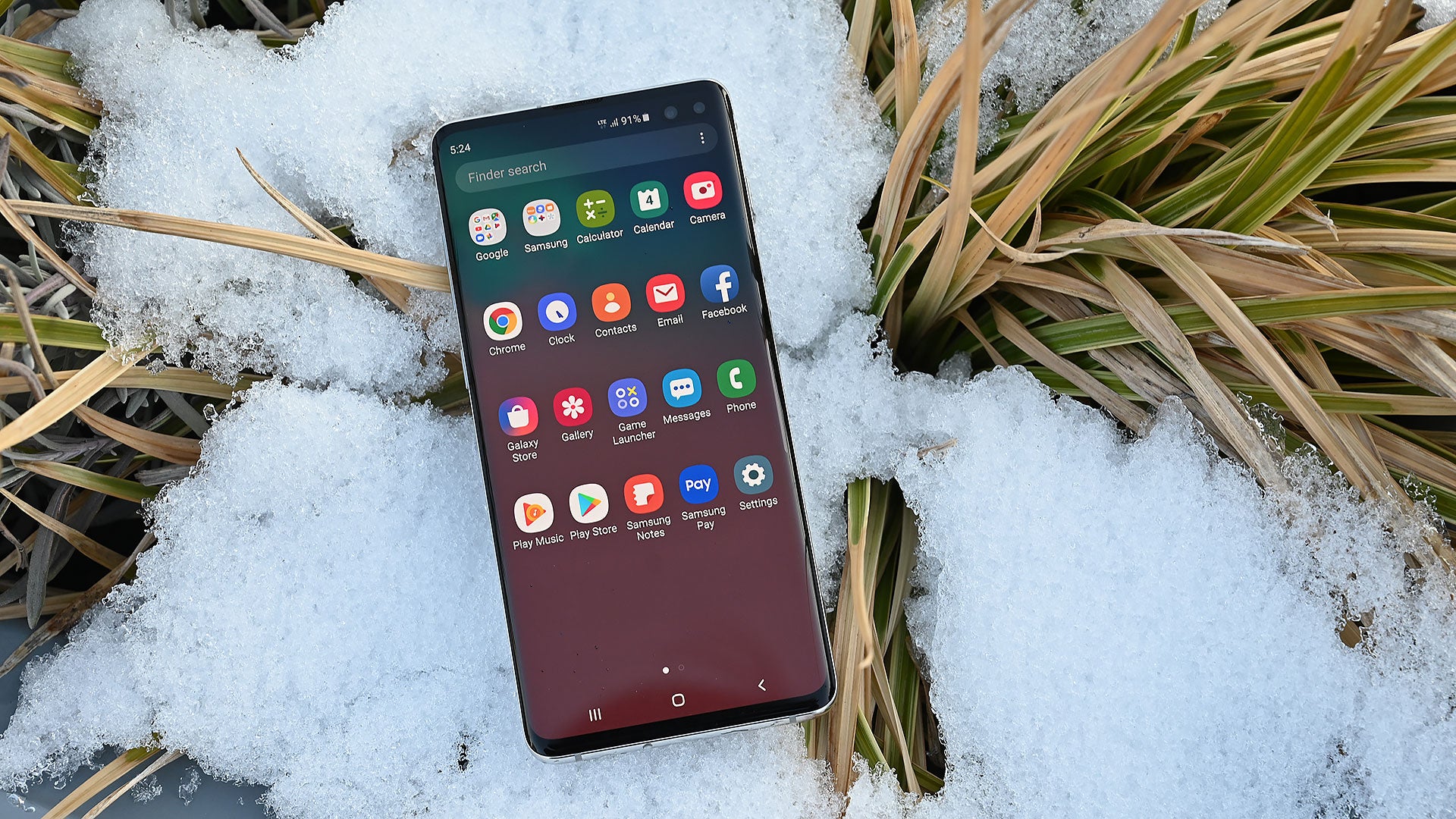 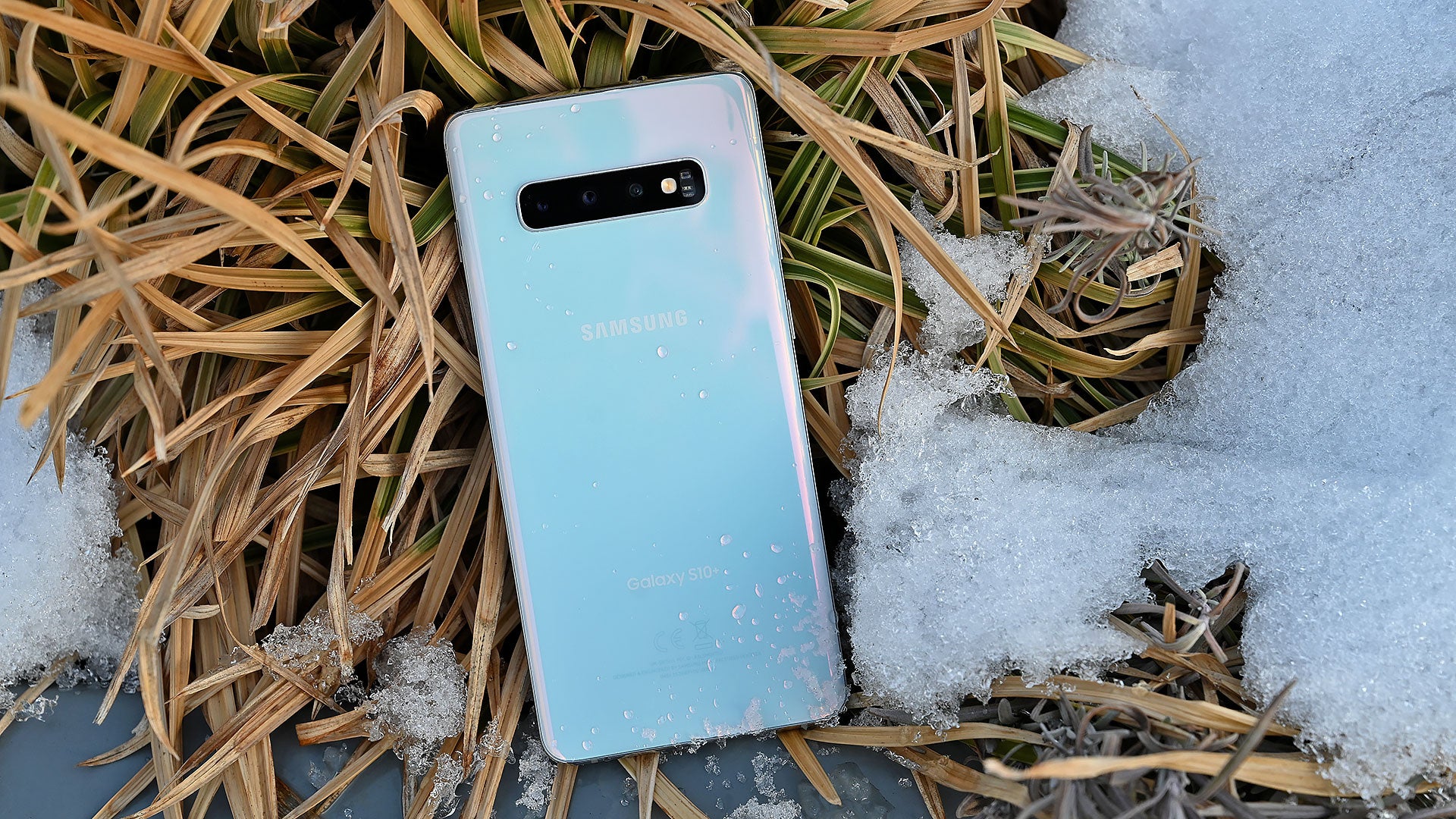 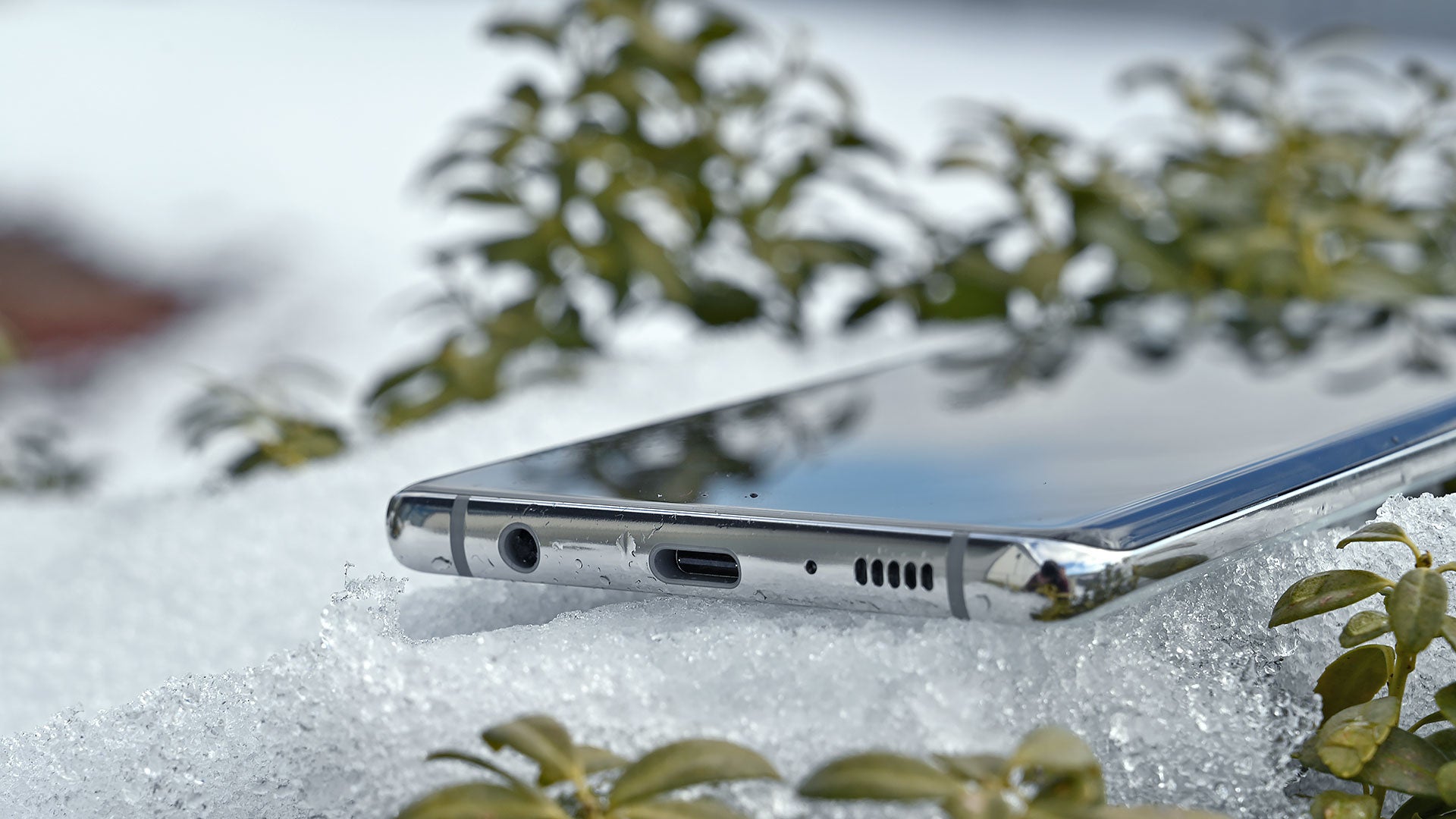 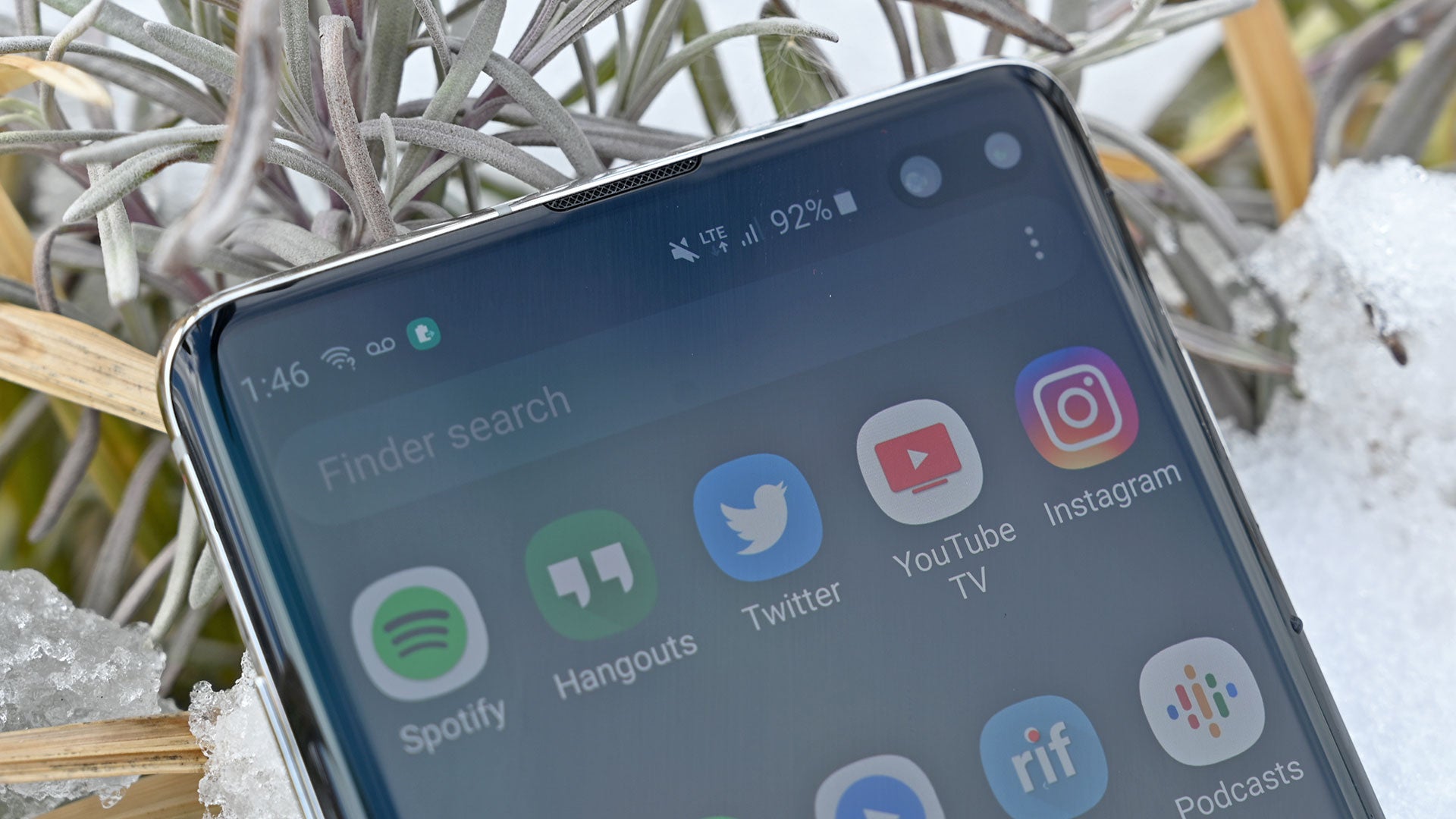 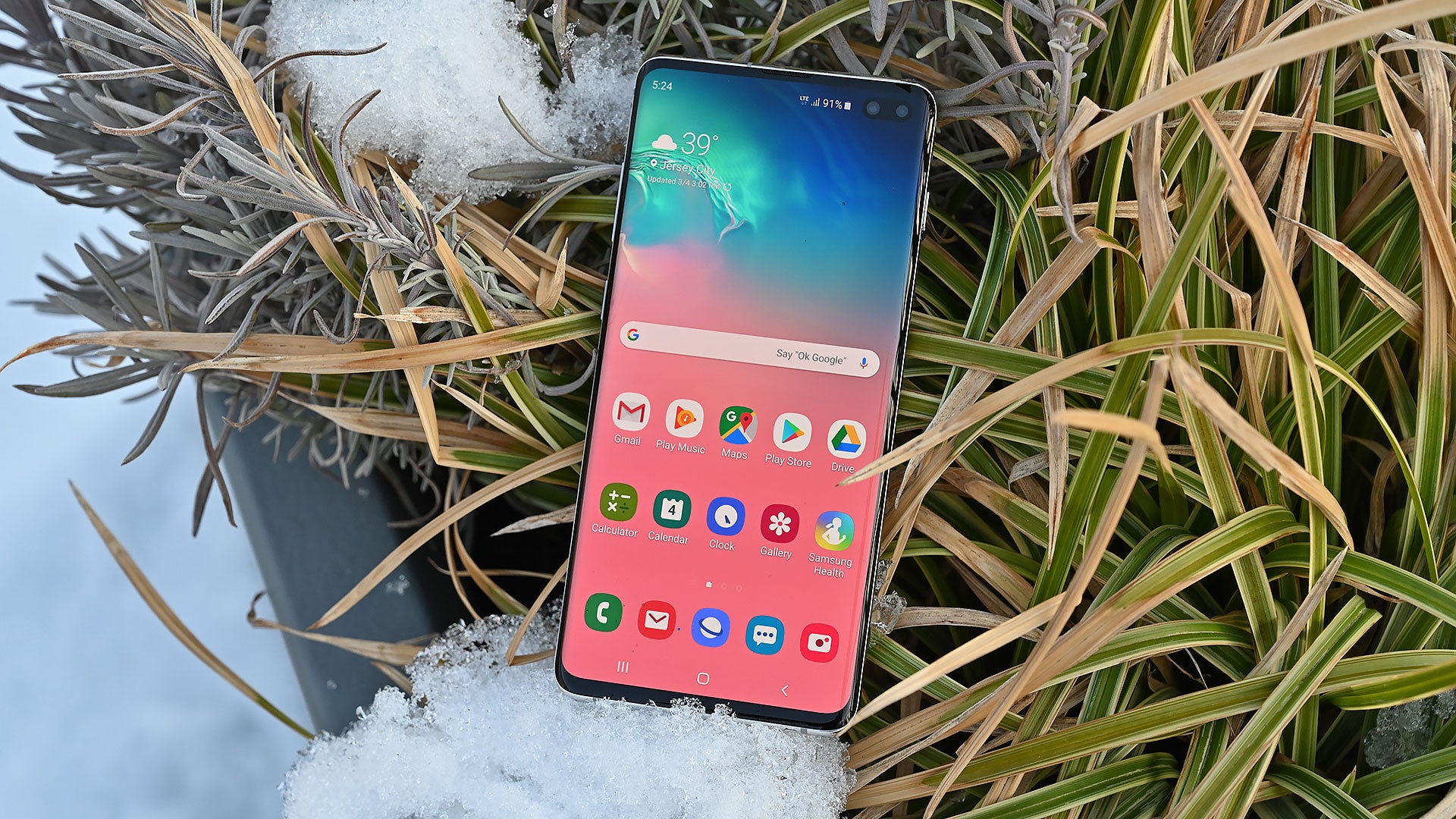 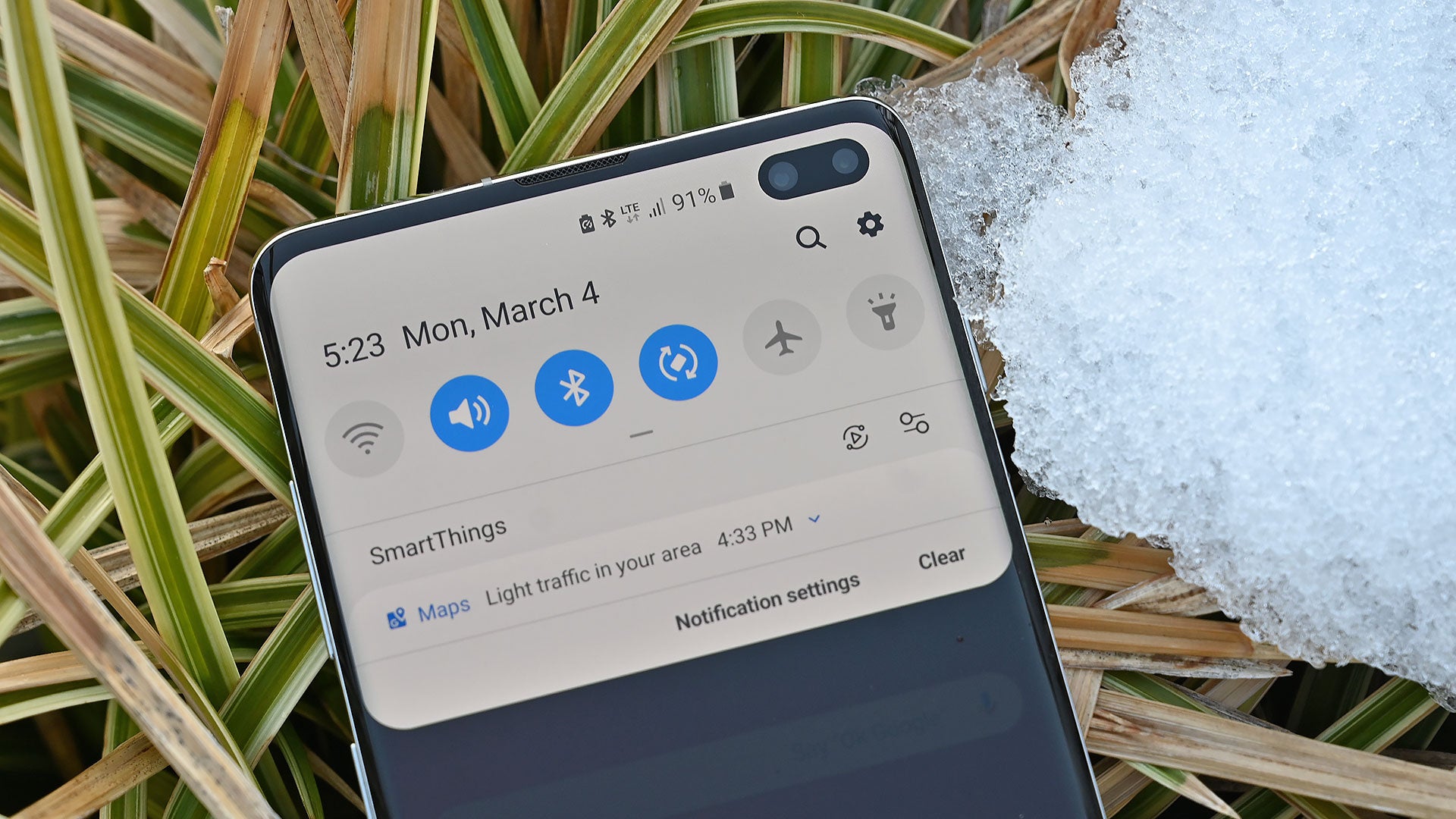 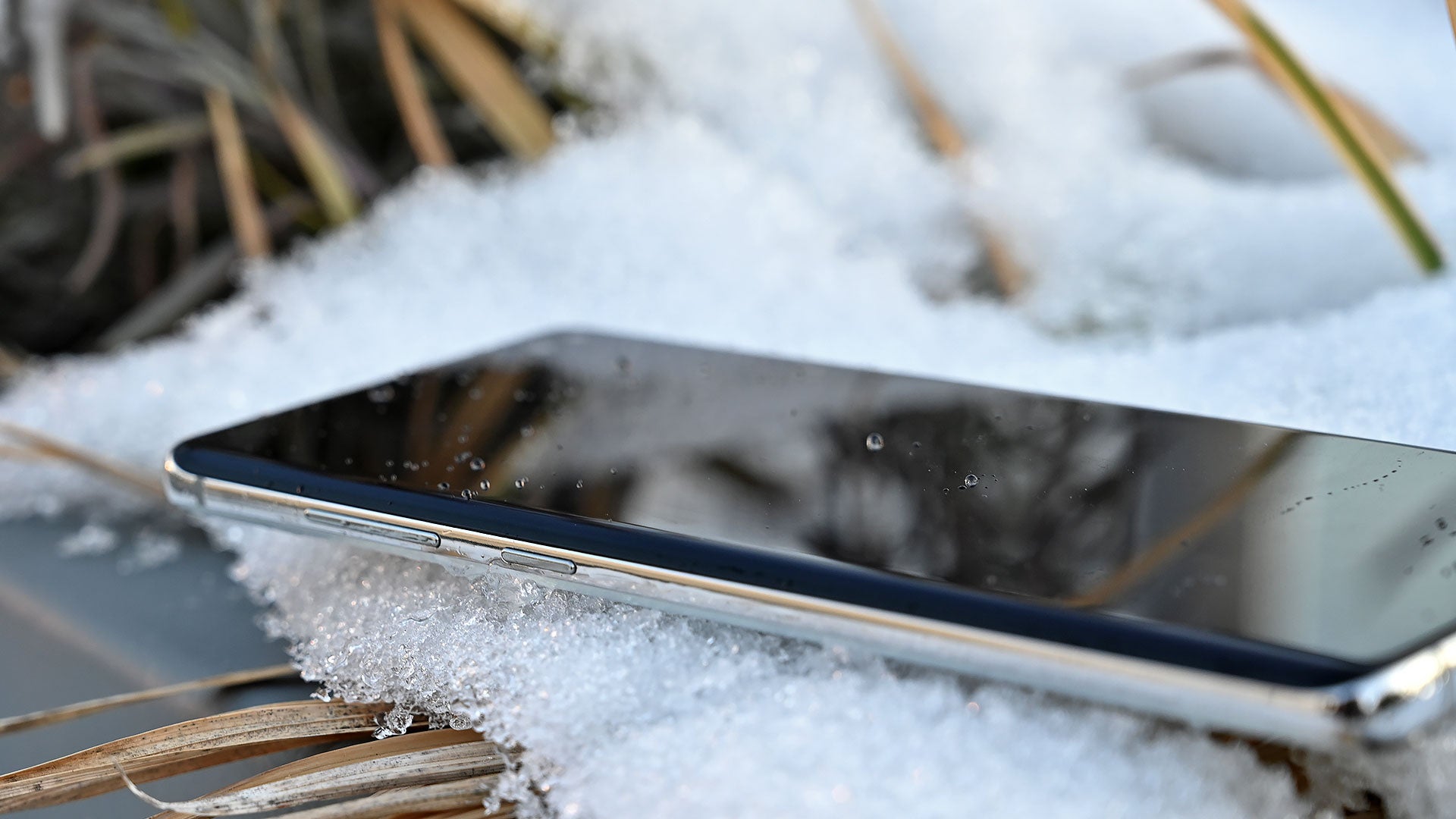 Yes, the S10 still has a Bixby button, but now, at least you can remap the button to open an app or perform a quick command if you want. 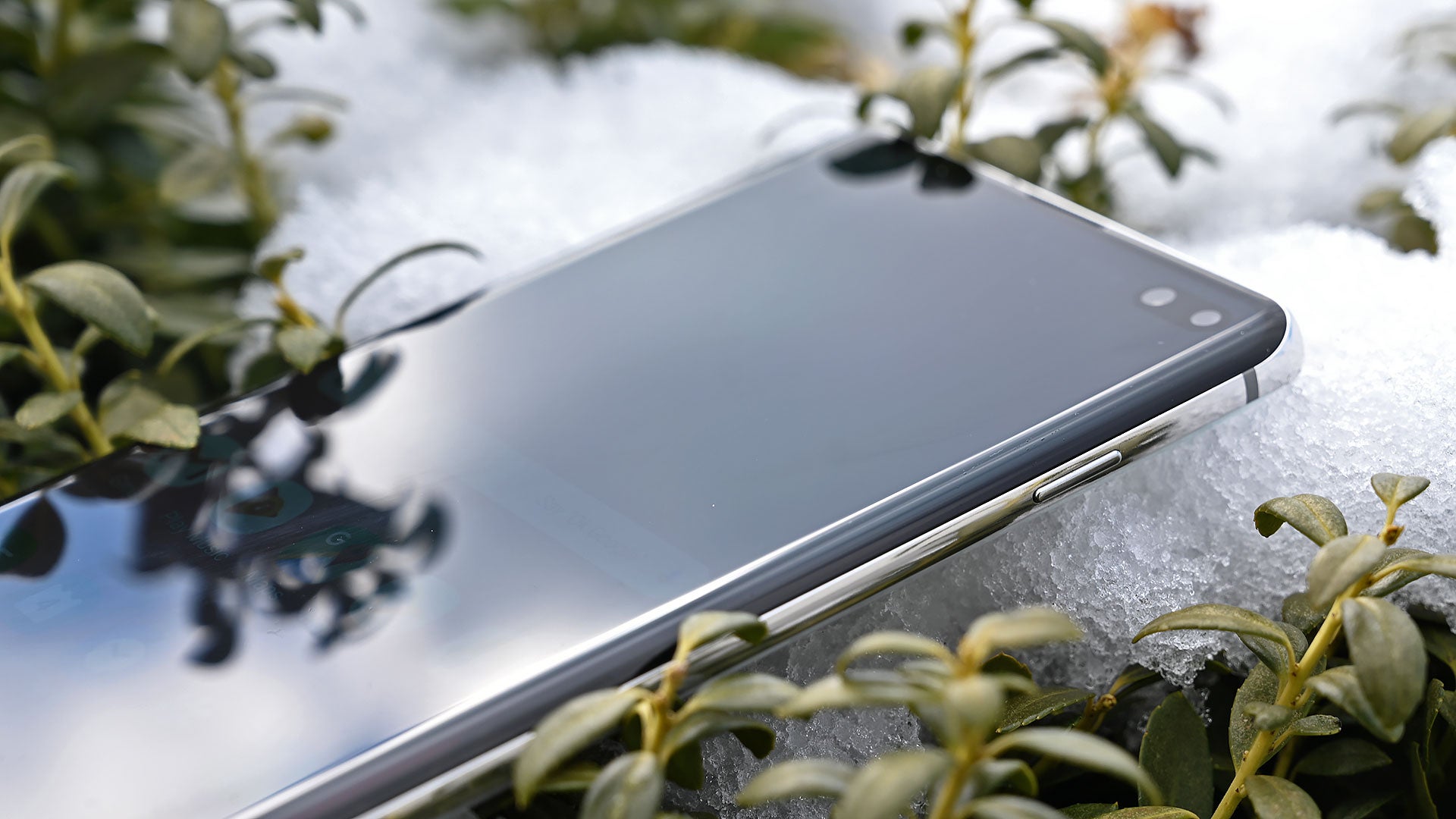 The author travelled to San Francisco as a guest of Samsung.