The Samsung Galaxy S10 Is Going To Be A Bloody Ripper

We’re just a couple of weeks away from the biggest smartphone release of the year with Samsung’s flagship Galaxy S10 range. This is a big year as it marks the tenth anniversary of the Galaxy’s first release and, like Apple with the commemorative iPhone X, we can expect plenty of changes from the current line-up.

It’s a certainty that the Galaxy S10 will come in at least three versions. A video, looking at dummies that are sent to case and accessory makers, is doing the rounds and shows a trio of different models.

Based on the video we looked at earlier, the S10 looks like it will keep the 3.5mm headphone jack – possibly the last time we’ll see that in a high-end handset.

Communications will see Samsung as one for the first major manufacturers to support Wi-Fi 6 according to FCC rulings found by Droid Life. This is important as it doesn’t just deliver faster wireless but also uses less power. 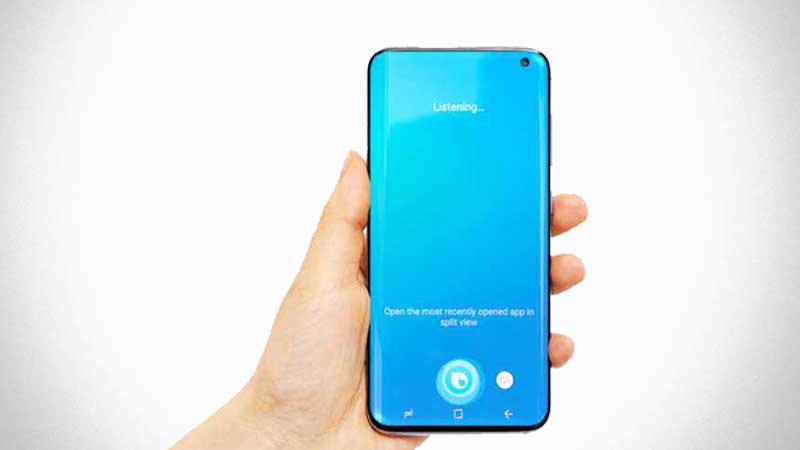 System memory will vary. The “entry level” Galaxy S10e (I find a smartphone that will cost well over $1000 hard to call entry level) will ship with 6GB. The top-of-the-range S10+ will reportedly have twice as much RAM which is still a rarity in the smartphone space.

Storage capacity will start at 128GB for all three models with the Galaxy s10+ likely to have an option for 1TB if your budget can stretch to over $2000.

It’s still not clear if there will be a fingerprint sensor but the consensus view is that there will be on hidden under the display as well as facial recognition.

Samsung has already been pushing out the Android 9 Pie update with its new One UI interface – which you can download for the Galaxy S9 and Note 9 here. That will give current owners a taste of what is to come. 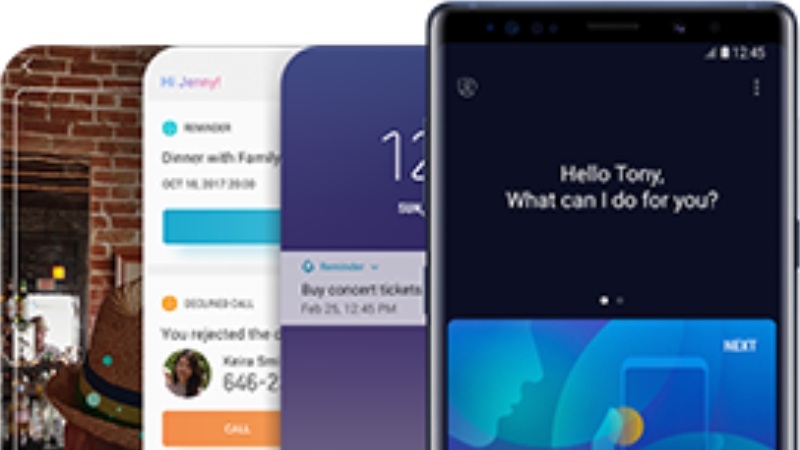 Samsung One UI: What It Is (And How To Get It)

It's no secret that smartphone makers like to add their own embellishments to Android. Unfortunately, a lot of those extras don't really add to the experience. Samsung's new One UI has raised the bar however, showing that 'custom' doesn't have to mean 'worse'. Here's what you need to know.

Smartphones live and die by their battery life. While the old days when feature phones could get through three or four days between trips to the charger are behind us, most of us expect our smartphones to comfortably get through a normal day.

Here’s what we can expect when it comes to battery capacity with the new Galaxy S10 range.

There’s no easy way to translate these capacities into run times as the combination of memory, processor and software are yet to be really road tested.

Wireless charging is, or course, included and we can expect the Galaxy S10 to use that capability to charge other devices. So, if you’re using some wireless headphones or a friend is low on juice, you can share power from the Galaxy S10.

If you made it through the holiday season without buying a new Android smartphone, you're probably itching for an upgrade. However, it would be wise to wait until after the Samsung Galaxy S10 comes out - even if you have no intention of buying one.

According to multiple leaks, the three models will boast the following display sizes.

There was a time when a mobile phone was about making phone calls. These days are well behind us. For many people, their smartphone is really a device for taking pictures first and communicating second.

Samsung is pushing things along, with new technologies that use a combination of regular, wide angle and telephoto lenses. But there’s also some speculation that a four-camera array could arrive later in the year with that 5G-enabled version that’s likely to come once there’s some more carrier support.

: three camera array on the back, single front-facing camera

: three camera array on the back, dual front-facing cameras

: single camera on the back, front camera likely to be a single lens 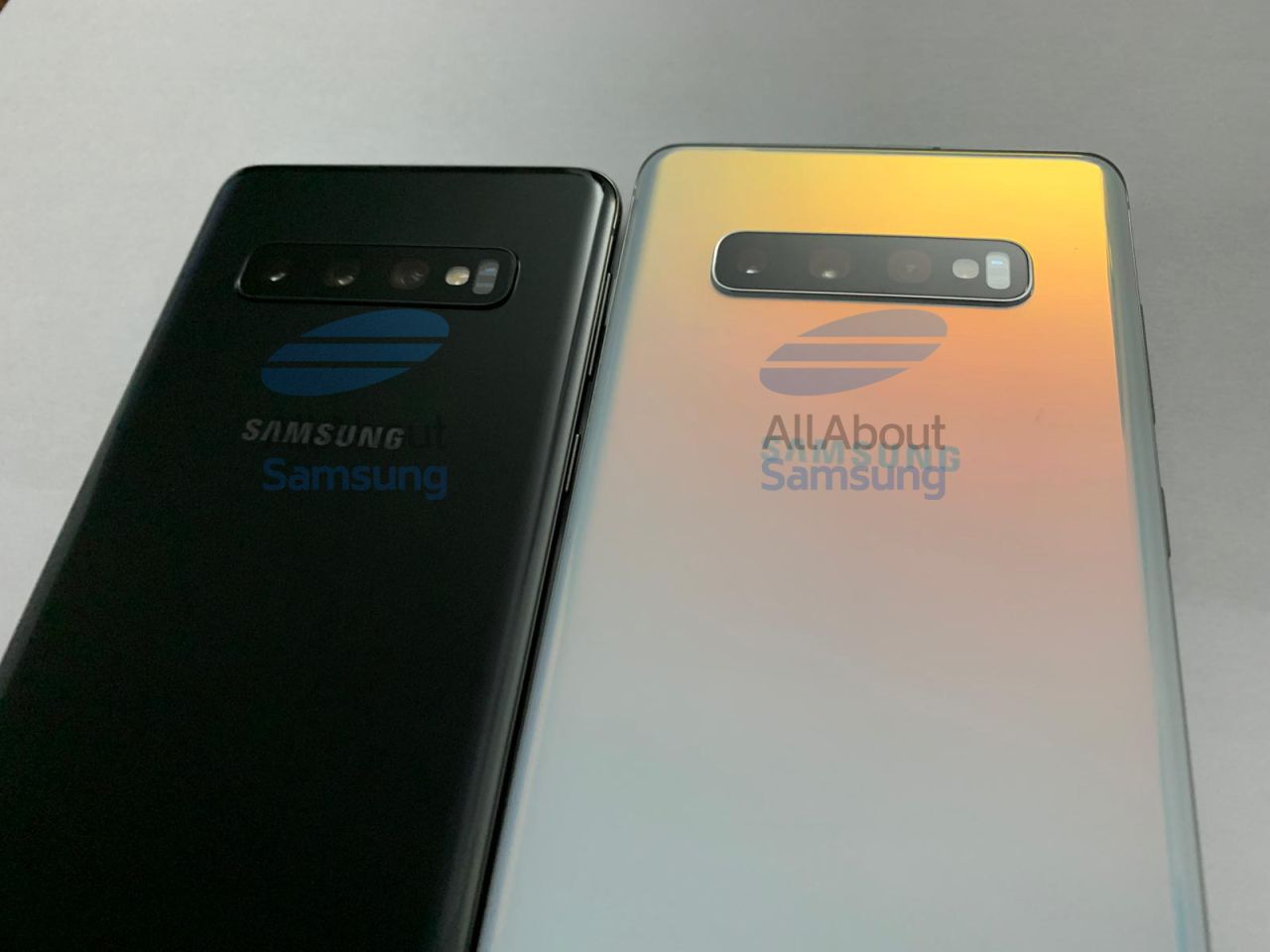 The front cameras will be housed in a “hole-punch” on the front display. Whether that’s more palatable than a notch is debatable and will, no doubt, come down to personal preferences.

Samsung has also been working on improving the low-light capability of their cameras. There are reports that a new feature, called Bright Night, which is similar to the Pixel 3’s Night Sight, could also be part of the package.

Samsung is expected to announce new hardware at its Unpacked event. This will be taking place in San Francisco on 20 February 2019 and will be the offical unveiling of the Galaxy S10 range. 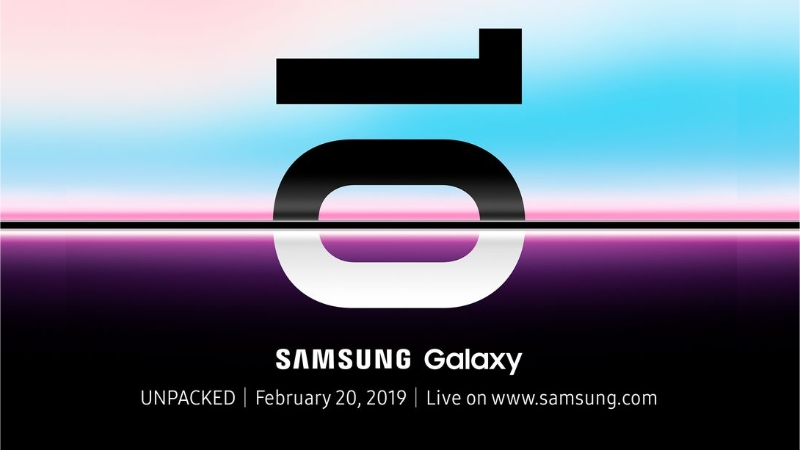 The event, to be held at the Bill Graham Civic Auditorium, will give Samsung a chance to show off what they’ve been working on as many other phone makers have revealed their own aspirations for folding phones as well as innovations in smartphone photography as well as faster devices with more capacious storage.

Pricing is yet to be confirmed but we can expect them to follow a similar pattern to Apple with the entry level starting at around $1500 with the all-you-can-eat, fully-specced version not leaving you with any change from $2500.