I’m New Yorker Cartoonist Emily Flake, And This Is How I Parent

emily flakenew yorkeroffspringparentingpregnancy
To sign up for our daily newsletter covering the latest news, hacks and reviews, head HERE. For a running feed of all our stories, follow us on Twitter HERE. Or you can bookmark the Lifehacker Australia homepage to visit whenever you need a fix.

On topics from under-boob sweat to Mayochup, Emily Flake has a lot to say. Or, rather, draw. The award-winning cartoonist went from running her comic strip “Lulu Eightball” in alt-weeklies across the country (the jokes were “too vulgar for grown-up publications,” she has said) to regularly drawing for The New Yorker. Her book Mama Tried: Dispatches from the Seamy Underbelly of Modern Parenting depicts the highs, lows and absurdities of life with babies. Here’s how she parents.

Family-wise, I’ve been with my husband since 2004. The only surprise with the kid was that she came three weeks early, and I mistook labour pains for having to take a wicked shit. She loves this story — “You thought I was a poop!!!”

Career-wise, I am pleased to report that I have been plotting this shit from day one. Exhibit A: this note I found from when I was 9 and a half: 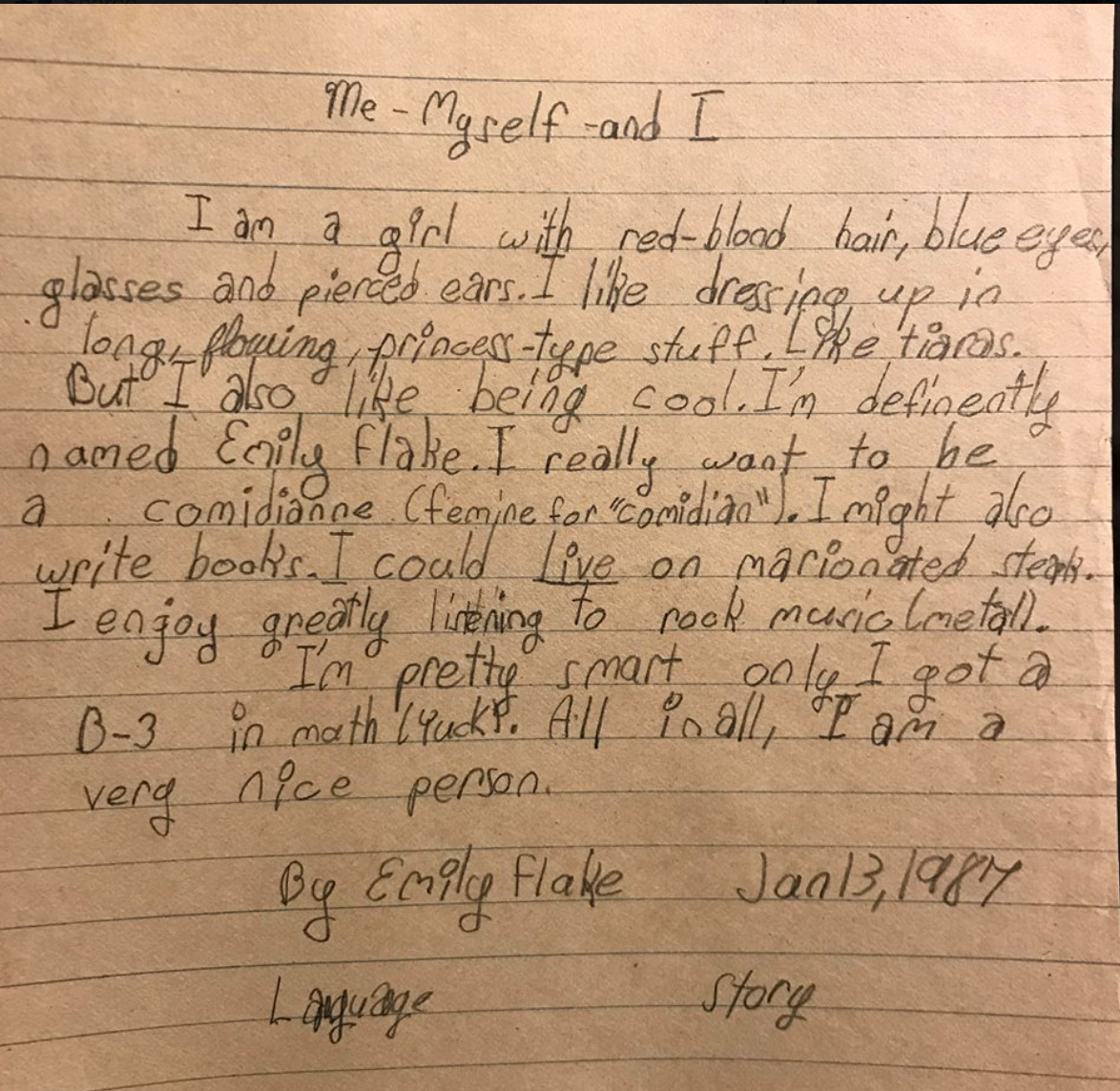 Hahahah, my best trick is that I make John do it. He’s a morning person—he wakes up naturally around 5 or 6—and he wakes me and Tug up. I braid her hair, but besides that I’ll cheerfully cop to being useless in the morning.

The question of help is an important one. It’s fraught in terms of both emotion (am I a bad mum for leaving her in day care? will she love the nanny more?) and money (can we afford it? are we ashamed if we can’t? or if we can?).

We had Tug in daycare starting at … I want to say 7 months? We were on a waiting list starting at 2 months. We were able to get her in to one of the daycares on our block because we were able to be flexible — we started at 15 hours per week and bumped it up as more hours became available. It was the cheapest one — an average of $11 an hour. I will always be grateful to the women who cared for my daughter there (and gave me much-needed parenting advice to boot). These days, she’s in school, and I trade one pick-up day a week with a good friend who has a daughter in the same grade (she picks up Monday and I pick up Friday). Tug also goes to an art class that [picks the kids up from school], so I have a good long work day one day as well. My husband picks up two days a week. We are incredibly lucky to have this setup.

What are the gadgets, apps, charts or tools you rely on? Have you come across an unusual parenting product that’s been life-changing?

The Nosefrida was a much-hated but very useful thing when Tug was little, but thankfully she’s currently capable of blowing her own nose. She has a bazillion games on my phone, because I am a lacklustre parent at best. Her favourites are Roblox and some kind of Word Scramble thing. I feel like I should feel worse about this, but on the other hand societal collapse is coming any day now, so fuck it.

I have always been a procrastinator and a horrible time-manager—having a child really forced me to curb some (some!) of my worst impulses in that area. It’s also raised the stakes—I’m not the only one whose arse is on the line if I don’t pitch successfully. The specter of not being able to provide is a terrific motivator.

Oh brother, I wish I had some. Hillary Frank (of the Longest Shortest Time podcast) just published a book of parenting hacks, and reading them, I was astonished at the cleverness of other parents and wished I had something better than “make a weird voice to distract her from unpleasant feelings!” That’s more of a “give her something to talk about in therapy someday” than a hack. 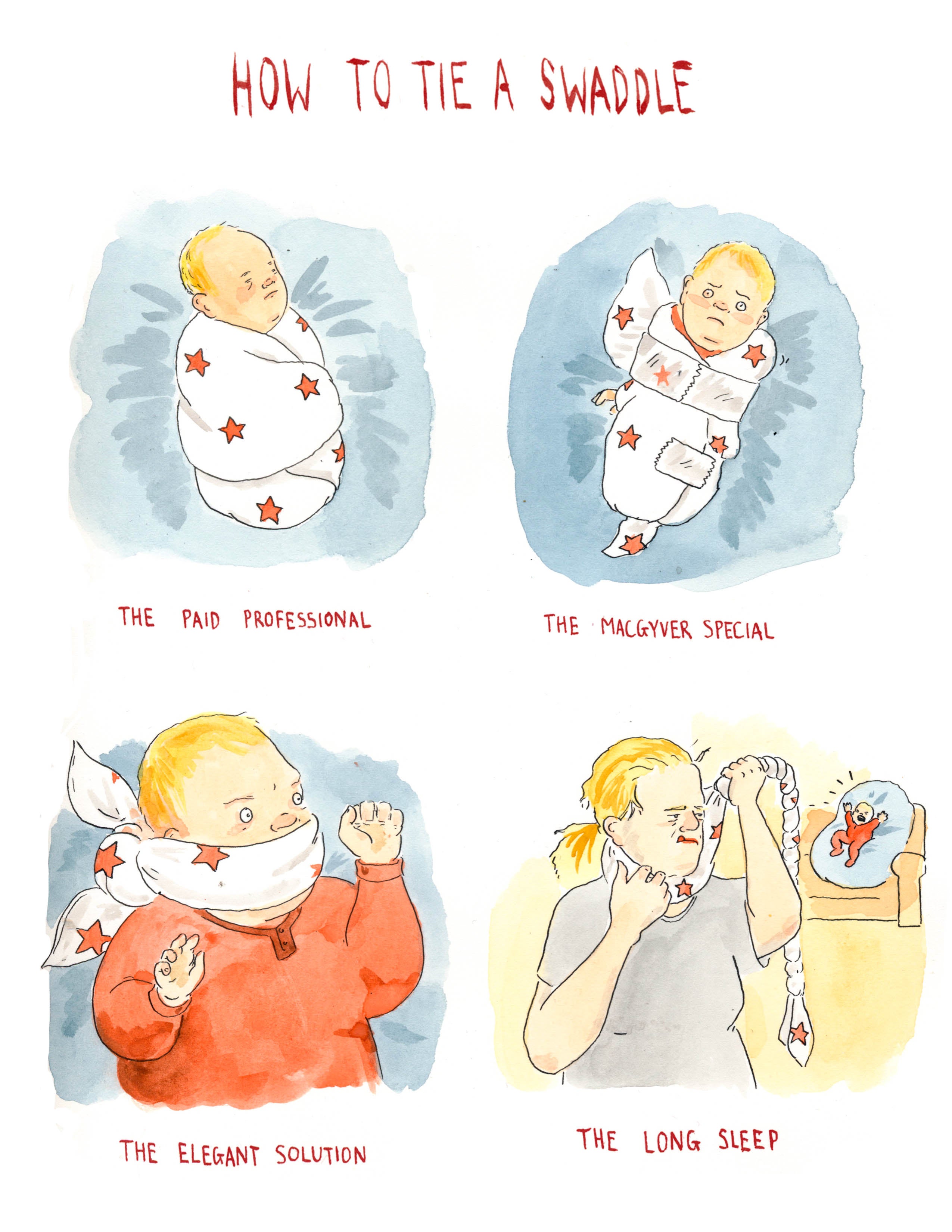 Toss-up between hearing compliments on her manners/thoughtfulness and the time she walked up to me, said “I got you a present, Mama!” and farted as hard as she could. My GIRL.

[Becoming a parent has] raised the stakes—I’m not the only one whose arse is on the line if I don’t pitch successfully. The specter of not being able to provide is a terrific motivator.

I can think of more than one instance of losing my temper. It’s never good.

Jokes aside, what I want more than anything is for her to be curious, competent, respectful, and kind. It feels appallingly vain to suggest that I am any of those things, but I try to model those behaviours. Probably she’s just learning how to curse creatively, though. 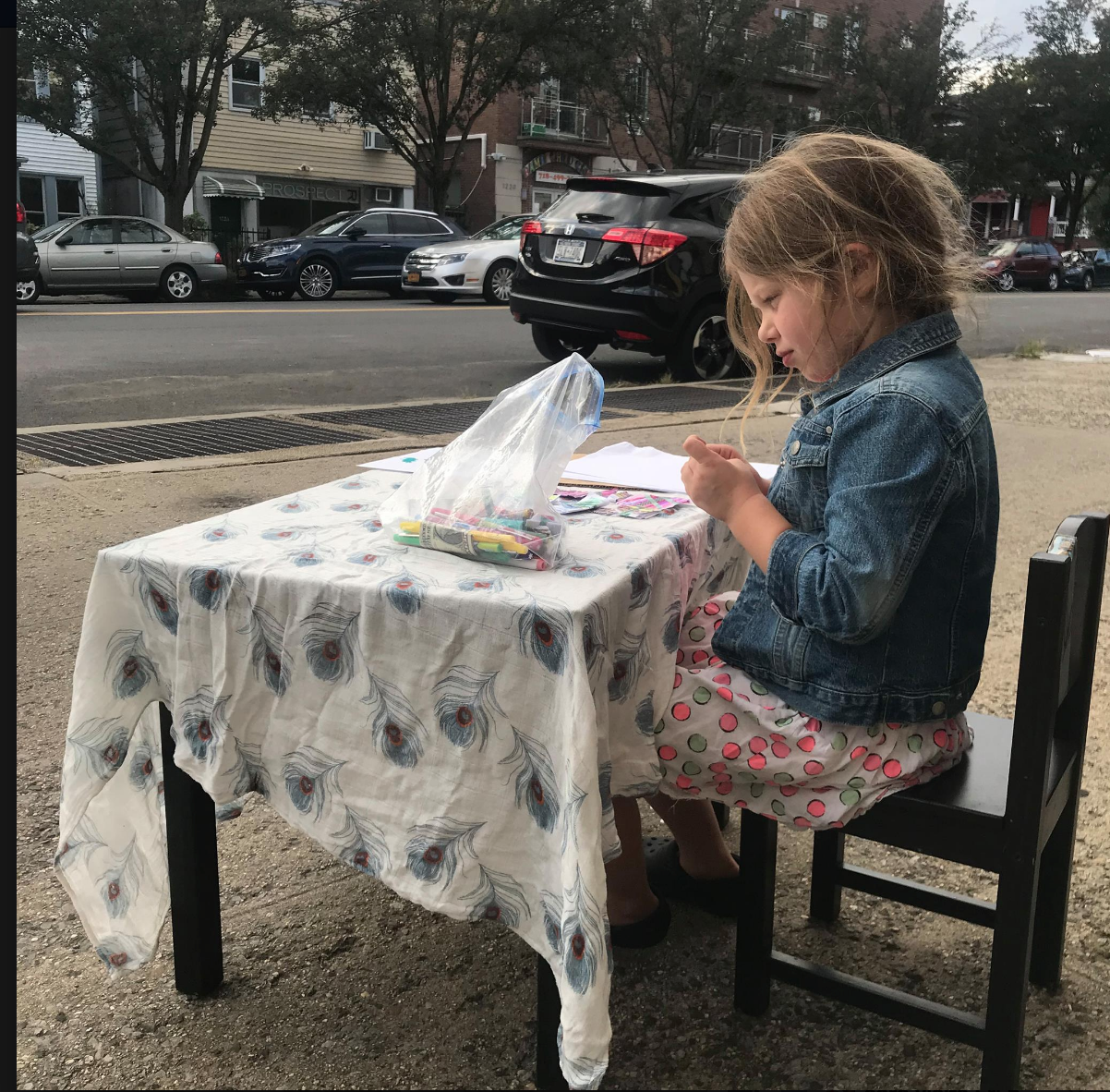 Here’s Tug selling her artwork on the street, which Flake says, was “entirely her own idea and only a little bit of a shakedown.” (Photo: Courtesy of Emily Flake)

Every morning on she says on her way out the door “I love you! I’ll love you even after I die!” so that’s a sweet and utterly macabre way to start the day.

My friend Millicent’s dad used to say “Shit in one hand, wish in the other, and see which one fills up faster.” I find myself thinking of that bromide at least once a day. 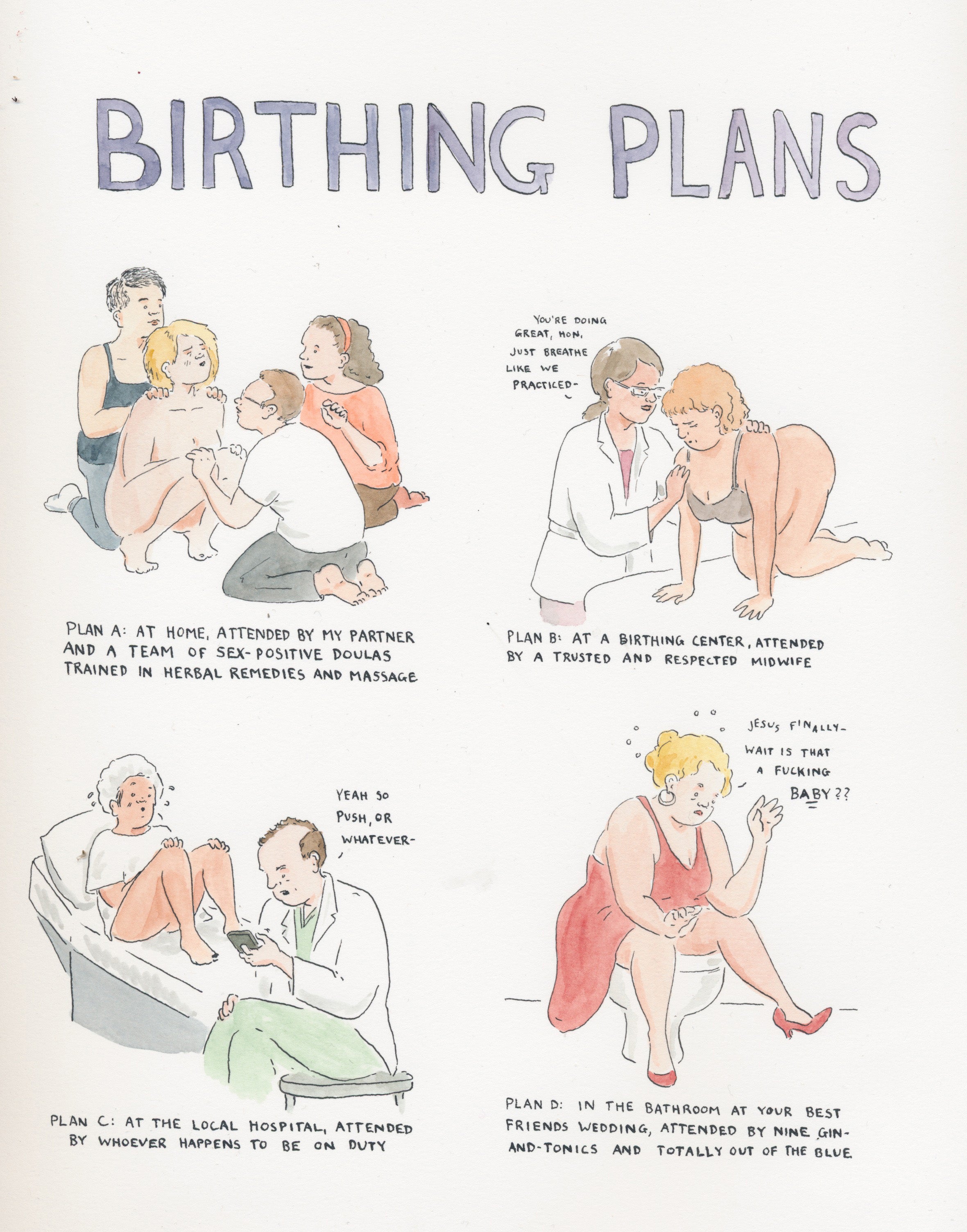 UGH TIME WHERE IS IT HOW DO I GET MORE

Right after the second cup of coffee, when I feel optimistic and capable. That, and SNUGGLE TIME.

To quote Conan O’Brien: “Eventually, all our graves go unattended.” It’s incredibly comforting to remember that things that seem impossibly important in the moment are pretty much non-existent in the sweep of time. I’m a big believer in cheerful fuck-it-ism.