How To Stop Your Roommates From Messing With Your Amazon Echo

I first realised something was wrong when I started getting reminders on my iPhone about upcoming appointments at 9 p.m.—not a time I’m typically booked with something to do. And then there were the subjects of the appointments themselves: “Check for herpes,” said one. The second? A reminder to try some NSFW acts with a mutual friend of mine and my roommates.

Since I was staying far away from home at the time, I was first confused as to how people (who clearly know me) were leaving reminders on my smartphone. Up until the details started getting specific, I assumed some other friends of mine were simply using Siri to add silly reminders to my iPhone when I left it sitting around.

And then it hit me. It was my damn smart speaker.

I recently set up a new Amazon Echo in our living room, because I wanted to grant the entire house the convenience of being able to unlock the front door — a smart lock — by yelling at a smart speaker. We’re lazy geeks, what can I say.

I linked the Echo to my own Amazon account so I could also use it for my own personal tasks, like turning my bedroom’s lights on and off, broadcasting my music throughout the house, et cetera. In hindsight, that might have been a poor move.

As my roommates learned — once they discovered the new device after the living room TV accidentally triggered Alexa — they could speak any number of commands to the Echo to fuck with me. And boy, did they try: 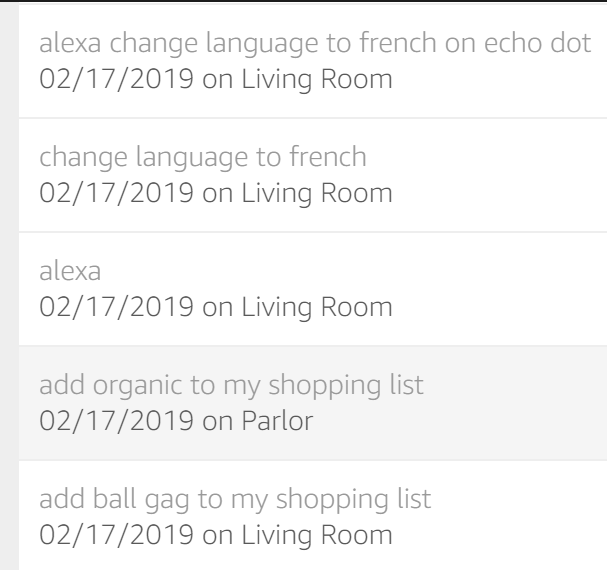 So, how do you prevent others in your house from messing with your smart speakers? If a friendly conversation doesn’t get the job done, you have a few technological options — not many, but a few.

This one’s easy, but inconvenient. If you’re graciously bestowing “smart” technology to your roommates via a communal Echo speaker, you’re probably tempted keep it associated with your Amazon account so you can, you know, make use of half its features. In doing so, you’re also giving others a huge window into your personal life, because your Echo isn’t going to magically differentiate your voice from theirs and refuse to share your private details. 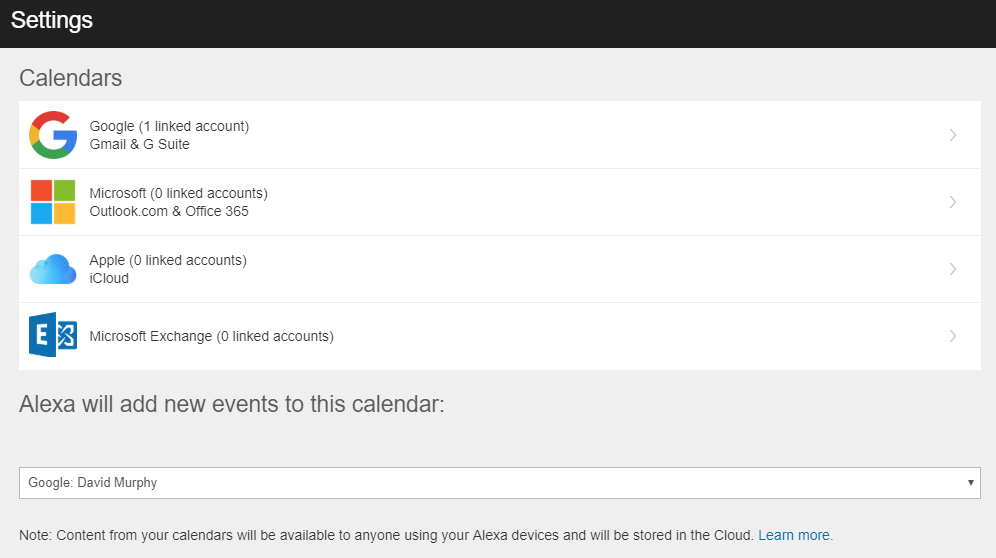 While it’s a pain in the butt to create a “dummy” account for your Echo, I’d consider it if more than one person is going to be using the speaker. You’ll lose the ability to do things like check your calendar events, add to-dos or reminders, shop, or use personal skills — to name a few activities — but you won’t also be giving up the intimate details of your life for anyone to learn with a quick question.

You can still link your smarthome devices to your “alternate” Amazon account, for what it’s worth, and you can set up all the skills you want on this second account. Your roommates will still be able to add to-do items, contacts, and reminders (or alarms), but since that’s all linked to a dummy account, it won’t affect anything you regularly do on Amazon (or, say, the second Echo speaker you use in your room.)

If you can convince your roommate to go for it — and why not, since it’ll save everyone money — consider adding them to your Amazon Household instead of both of you having separate subscriptions to Amazon Prime. Amazon only lets two adults exist in a “household,” unless your other roommates don’t mind being “teens” on your account.

While this might present complications since, now, both of you will share the same payment methods, hopefully you’ll trust each other enough to make this setup work. And once you set up your new household on your Echo speaker, you and your roommate will be able to switch between your two profiles by asking Alexa to do that — or by setting up voice profiles for each of you.

That all said, this setup will still mean that you, and everyone else in your household, share certain items: your calendar, your to-do lists, your music, your skills, et cetera. At least you won’t share the same alarms or timers — or Bluetooth connections — which is better than nothing, but not ideal.

Disassociate your smart speaker from your more intimate services

Since creating an Amazon Household probably won’t work for most roommate situations, you can try disassociating your personal services from your Alexa account. You won’t be able to use them — no checking your calendar on the Echo to see what’s coming up, for example — but neither will your roommates. That’s the price you’ll have to pay to use your Echo speaker in a shared space.

The more you get rid of, the less useful your Echo becomes. Only you will know where to draw this line.

Lock down your Echo as much as you can

In a perfect world, you’d be able to assign some kind of PIN to any Echo functionality or Alexa skill that triggers an outbound action: creating a reminder or calendar event; sending money to someone via a skill; adding an item to a shopping list, et cetera. And while that sounds like it would get annoying after a while, there’s no reason Amazon couldn’t give you a “say your PIN once and you don’t have to say it again for [time period]” kind of setting, either — or even a trigger word to “lock down” your Echo after you’ve previously PIN-verified yourself.

Voice purchasing is the main feature you can lock with a PIN on an Echo — not including any third-party skills that also require it, like your smart locks. If your Echo speaker lives in a multi-person household, I recommend enabling this as soon as possible.

Visit your Alexa settings via the app or website, tap or click on “Voice Purchasing” under “Alexa Account,” and either turn the feature off (if you never use it) or slap a “voice code” on it if you do.

While this won’t stop your stupid roommates from adding all sorts of annoying things to your Amazon shopping list, at least they won’t be able to actually buy them?

How To Change Alexa's Wake Word To Something Other Than 'Alexa'

If you have an Amazon Echo device, then you’ve likely gotten pretty used to saying “Alexa” whenever you want it to do something.

If you’ve had a “secret” Echo in your living room for some time now, say, and your dumb roommates have only now just discovered it—and messing with it—one good way to stop them is to change your speaker’s wake word. If you’re defaulting to “Alexa,” consider going into Settings (and then “General”) and changing that to something more obscure, like “Echo” or, worse, “Computer.” Odds are good your roommates won’t guess those words, and your Alexa will be safe… until some TV commercial triggers it and they clue in to the new secret.

Speaking of, feel free to permanently enable “Do Not Disturb” mode on your Echo as well, so you don’t get notifications on your speaker that remind them that your Echo exists.

Of course, one great way to discover if people are messing around with your smart speaker is to check your history and see what they’ve said. While privacy advocates frown at Amazon’s data collection, it is useful in moments like these. Not only does Alexa give you a big text listing of all the commands your smart speaker received—found within the “Alexa Account” section of its Settings menu — but you can also listen to audio recordings of your roommates’ attempts.

It’s perfect for blackmailing them, which seems fair if (or when) they order you a three-pound gummy worm and add a calendar reminder for you to make out with it.

Mute your device when you aren’t around

This tip only works for when your roommates are either not very technologically adept or lazy. When you leave the house for the day (or an extended period of time), tap the “mute microphone” button on the top of your Alexa. Your roommates can yell at it all they want and it won’t do anything. And, no, you can’t tell your Alexa to turn its microphone off. You have to hit the button. 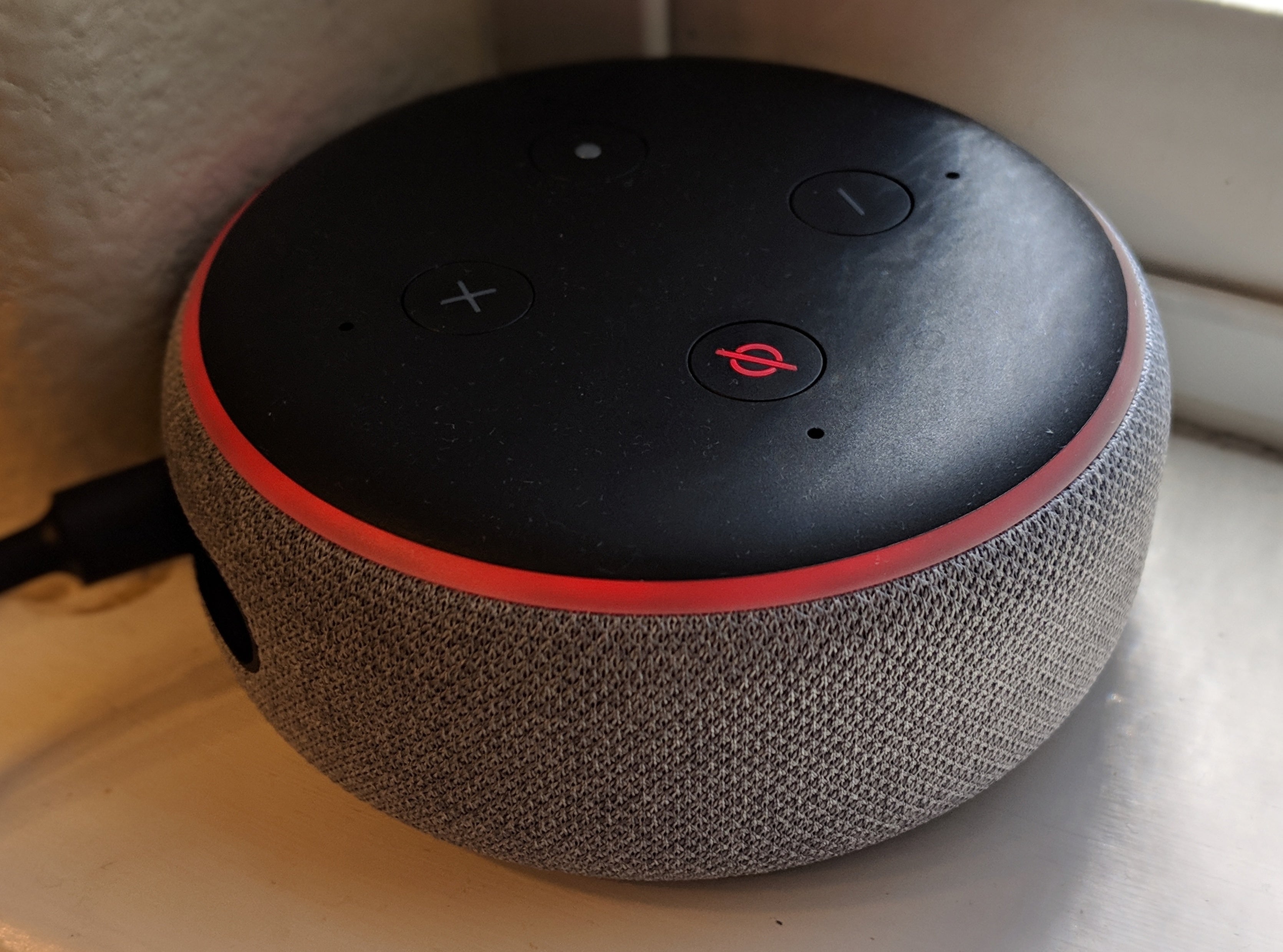 You could also get a little craftier and plug your Echo speaker into a smart switch. Assuming it lets you schedule power to the connected device, you could always make sure to turn your speaker off during the regular times you’re not going to need it (when you’re at work, when you go to bed, et cetera). It’s a bit extreme, and your roommates can always hit the physical button on your smart switch to turn the Echo speaker back on again, but it’s an option.