Today I Discovered The Origin Of ‘Souped Up’

Quick, think of things that are fast! Rockets? OK. Cheetahs? Sure, absolutely. Bullets? Oh, yes, quite. A bowl of rich, creamy soup? Ah, generally, no. Not so much. Then why do we call cars that have been made to go faster “souped-up?”

When I first decided to write about this idiom, I was going to take a much different tone. Much more of a draconian arsehole sort of tone. I was going to demand that people start spelling it ‘suped-up’ because, clearly, the term has to come from superchargers, and not some mythical hot chowder injection system.

But then I started to do a bit of research and realised that, no, as usual, I’m the arsehole here. As it turns out, it does not seem that ‘souped-up’ has its origins in superchargers, or even anything strictly automotive. And, the “correct” spelling seems to actually be “souped-up,” after all. I’ve been humbled, and now I want to pass what I’ve learned on to you because, as you know, I have feelings for you. 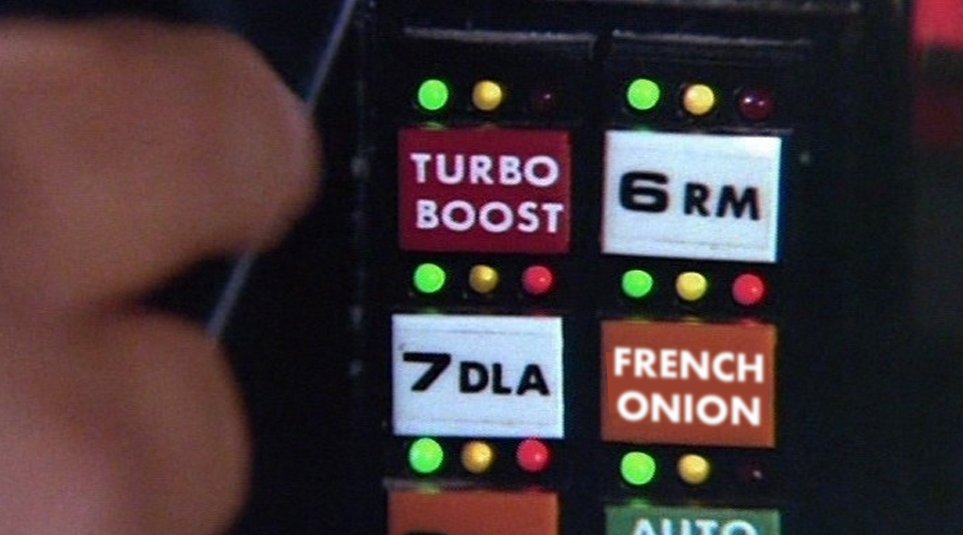 We all agree, at least, on what the idiom means: something (usually a car’s engine) that’s been modified to provide performance beyond the limits of how it was originally built. These modifications may not, necessarily, involve the use of superchargers at all, of course – there’s lots of ways to get more power from an engine.

The actual origins of the term are pretty murky. There’s sources that show usage of it in the 1920s, in this context in an ad, which suggests that if it was in common enough usage to be used in an advertisement for a car, it must already have been in widespread use.

Let’s look at the timeline of supercharging, first. It has been understood since the mid-1800s, with the first supercharged engine appearing in 1878. While some one-off cars were built with superchargers, the first production cars with a supercharger were built by Mercedes-Benz in 1921. 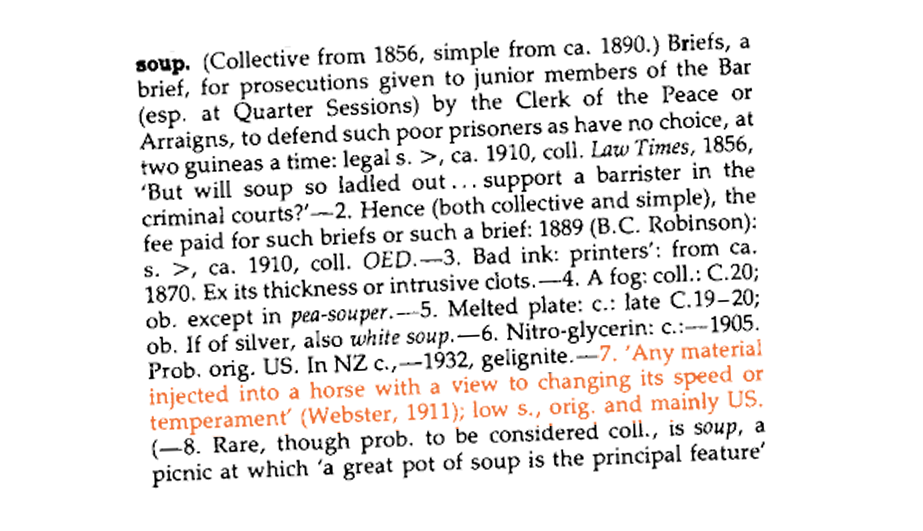 That’s pretty early, but it seems that the term ‘souped-up,’ spelled like the liquid meal, predates even these early forced-induction engines. The 1911 edition of Webster’s Dictionary has in its definitions of the word ‘soup’ the following:

“Any material injected into a horse with a view to changing its speed or temperament.”

… and it wasn’t uncommon for a horse, so injected, to be referred to as “souped up.”

Lots of liquid concoctions of drugs, performance-enhancing or otherwise, have been referred to as “soup.” So has nitro-glycerine, in the early part of the 20th century, and that certainly is a soup that exhibits a hell of a lot of power.

So, it looks like my initial insistence that it should be spelled ‘suped-up’ is dead wrong, and the origins come from, like almost everything good in life, the process of injecting a horse full of drugs.