You know the feeling. You’ve had a long day and all you want to do is watch some Netflix. You loosen your clothes, kick your shoes off, grab a glass of whatever you like to drink and hit the button on a movie you’ve been dying to see and… nothing. Your internet service provider (ISP) is getting smashed and you’re stuck in buffering hell.

But it’s not like that with every ISP. Netflix’s latest speed index results are out, revealing the best service providers for when you want to Netflix and chill.

When it comes to watching Netflix, Telstra’s NBN service is ranked at the top of the Australian leaderboard. Its non-NBN service ranks fourth with Optus and Exetel sandwiched in between. All the services in the top 7 suffered a slight decline in overall performance. 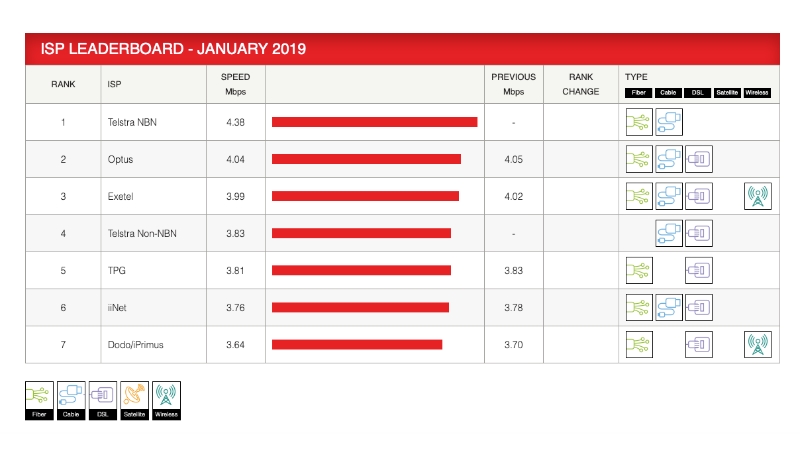 Telstra is the only ISP/RSP that has split its data between NBN and non-NBN services. This was the first month they did this and could be construed as a bit cheeky. It will be interesting to see if Telstra maintains the top position after the other telcos split their results too.

We looked at which ISPs are best for Netflix before, with Telstra topping that review as well. In fact, Telstra has led the Netflix speed ratings every month for the last year.

The difference between the fastest and seventh ranked service providers, based on Netflix’s data is about 17 per cent. And, despite the dip some providers took in January, which was the reporting period, the overall trend is up with performance on the Netflix index up over the last year with Exetel and Optus showing the most improvement.

Interestingly, all of the providers have improved and suffered dips at about the same rate indicating that shared infrastructure for many of their connections are part of the equation. However, it’s worth noting that while Dodo/iPrimus was improving, their results are falling relative to the rest of the pack. 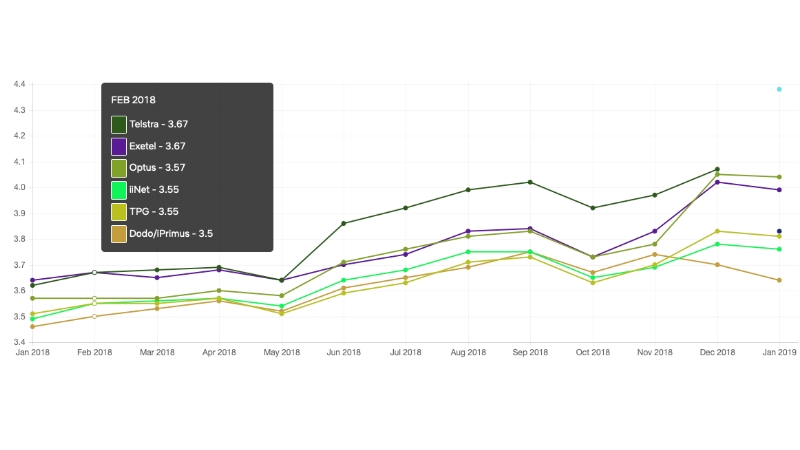 Overall, the picture is improving here. Telstra’s rating would place them in sixth place if they were in the United States or amongst the fastest in Europe, the UK, Singapore or New Zealand. And all of our top seven rank strongly in global terms.

So, while there are many things wrong with the forward-looking vision of the politics governing our national international access policy, the current situation, at least by Netflix’s measure, is not terrible. But there’s plenty of room for improvement.

Of course, speed and reliability is only part of the puzzle – your wallet also has a big part to play. Click here to see how the aforementioned telcos compare on price.

As we're all aware - and probably sick of hearing -- NBN speeds are a contentious topic. Picking an NBN plan should be a simple equation where we weigh up the speed and data included in a plan versus the price you pay. But it hasn't turned out to be so neat and tidy.