Netflix’s latest speed index results are out, revealing the best service providers for when you want to Netflix and chill. For the first time, every major telco has split its results between NBN and non-NBN services to give a better indication of performance. Here are the results!

The Netflix ISP Speed Index is a measure of Netflix performance on specific internet service providers during peak usage hours. Last month, Telstra was the only ISP that split its data between NBN and non-NBN services. In response, most telcos have now followed suit, resulting in a significant shakeup in the results.

Last week, Telstra once again topped Australia's Netflix ISP Speed Index, fending off other telcos for an unbroken 12 month run. However, it only achieved this milestone by splitting its streaming speeds into NBN and non-NBN connections - something Netflix failed to offer Telstra's rivals.

Aussie Broadband, meanwhile, has rocketed out of nowhere to second place. Optus NBN came in third followed by iiNet NBN, TPG NBN and Exetel. Here are the top ten: 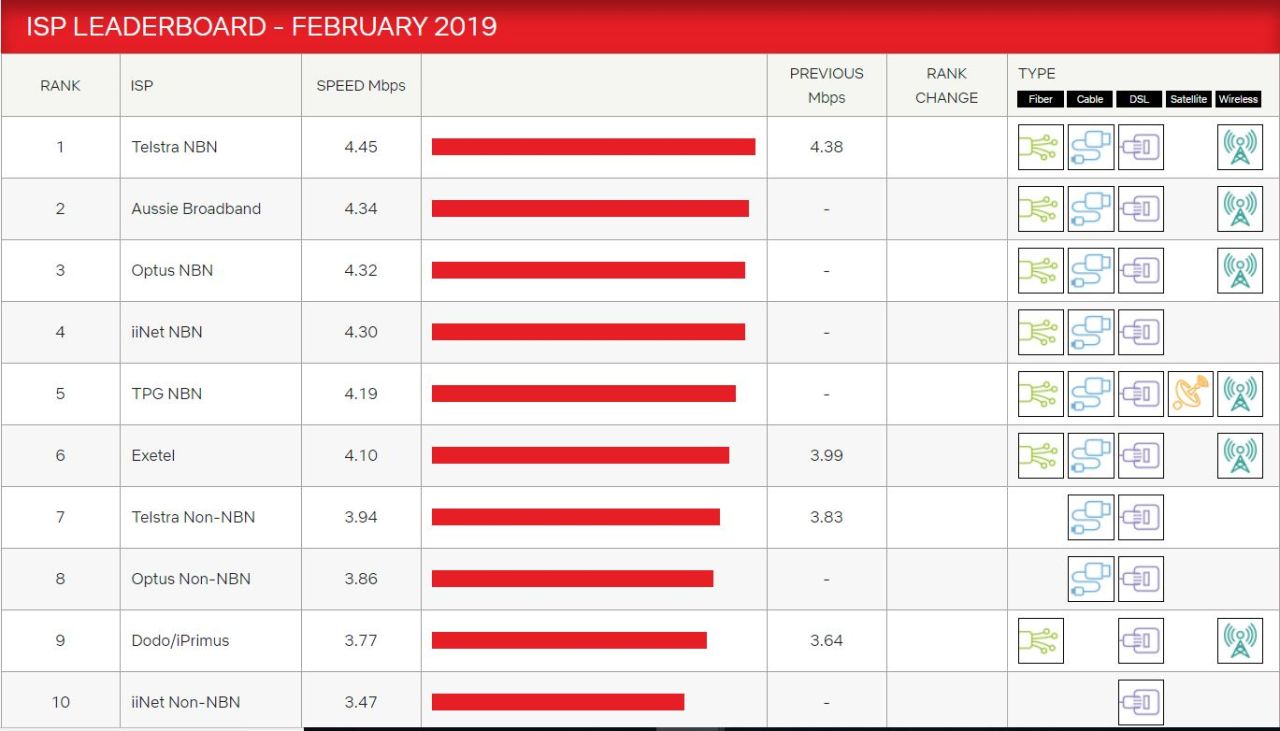 The difference between the fastest and tenth ranked service provider – Telstra NBN and iiNet non-NBN, respectively – is around 29 per cent. That’s a pretty significant speed difference.

Here’s how those average speed results have fluctuated over the past year:

As you can see, despite some intermittent drops the overall speed trend has been upward, regardless of telco. This can only be good news for consumers looking to stream crystal-clear HD Netflix.

Of course, speed and reliability is only part of the puzzle – your wallet also has a big part to play. Here’s how Australia’s major telcos compare on price:

As we're all aware - and probably sick of hearing -- NBN speeds are a contentious topic. Picking an NBN plan should be a simple equation where we weigh up the speed and data included in a plan versus the price you pay. But it hasn't turned out to be so neat and tidy.