The quality of your Netflix experience is largely dependent on the speed of your internet connection. If things get too slow, you’ll be plagued with crappy resolution and streaming interruptions. The Netflix ISP Speed Index lists Australia’s major internet providers according to Netflix speeds. The overall rankings might surprise you.

The Netflix ISP Speed Index measures “prime time” Netflix performance on each major ISP. This is achieved by calculating the average bitrate of Netflix content in megabits per second (Mbps) streamed by Netflix members per ISP. All types of end user devices are included in the tally with an even spread across each provider. (Note: The ISP Index does not currently include mobile carriers.)

Naturally, the Index isn’t meant to be indicative of the maximum throughput or the maximum capacity of each ISP. Rather, it represents the average speeds as they specifically relate to Netflix streaming. Nevertheless, it’s interesting to see which ISPs provide the best Netflix.

Here are the results from last month (click to enlarge):

And here are the results since Netflix launched in Australia (click to enlarge): 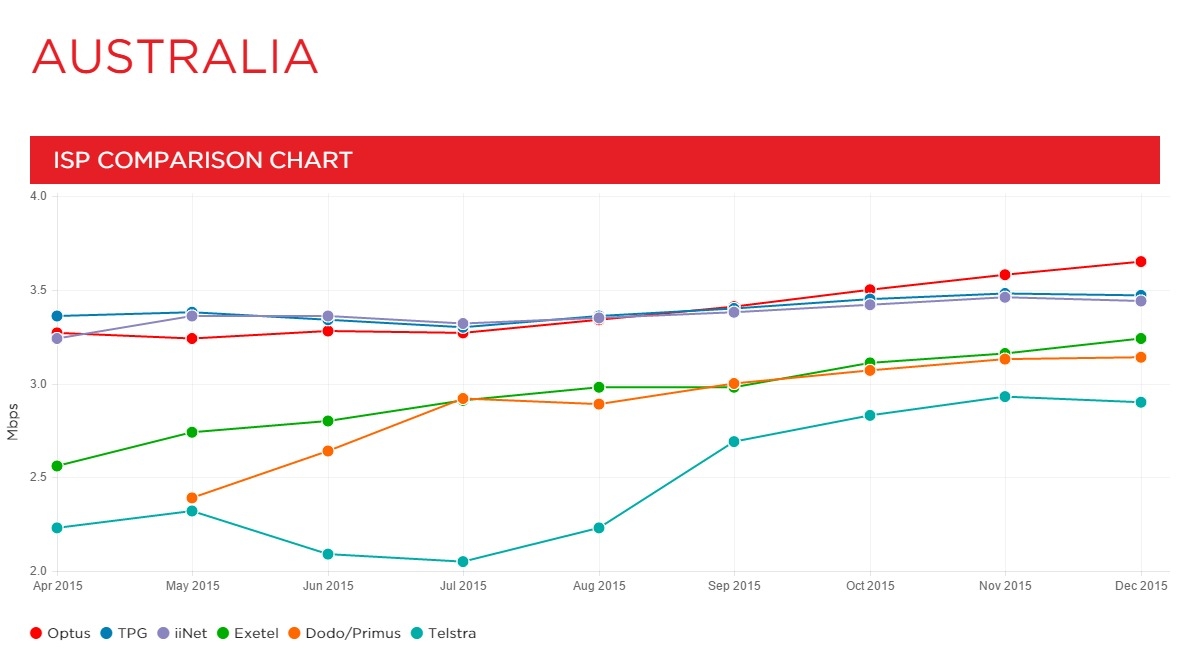 As you can see from the above charts, Optus currently provides the speediest performance when it comes to Netflix streaming. By contrast, Telstra not only had the slowest results overall, but its speeds month to month were grossly inconsistent. (To be fair, Telstra has a larger presence in remote and rural areas, which may have affected the overall results.)

It’s worth noting that a speed of 2.34Mbps is more than enough for streaming Netflix without any hitches — the company recommends a minimum broadband connection speed of 0.5 megabits per second. However, when it comes to HD content, a speed of 5.0Mbps is recommended, which is well above all six Australian ISPs in the index. Hmmm.

For additional information on how Netflix calculates its rankings, head to its ISP Speed Index page.