Netflix Speed Index: Who’s The Fastest ISP Of Them All?

The Netflix speed index for March is out and it’s generally good news for Australian internet users. While there’s been a reshuffle at the top of the leaderboard, performance across the index is improving with most ISPs recording faster speeds over the last month. But some are getting better faster than others with while one former top dog has fallen down the rankings by two positions.

Looking at the top five, all of the ISPs/RSPs saw their performance improve – except for Aussie Broadband. TPG retained fifth position but improved its speed from 4.19Mbps to 4.26Mbps – easily the largest increase. 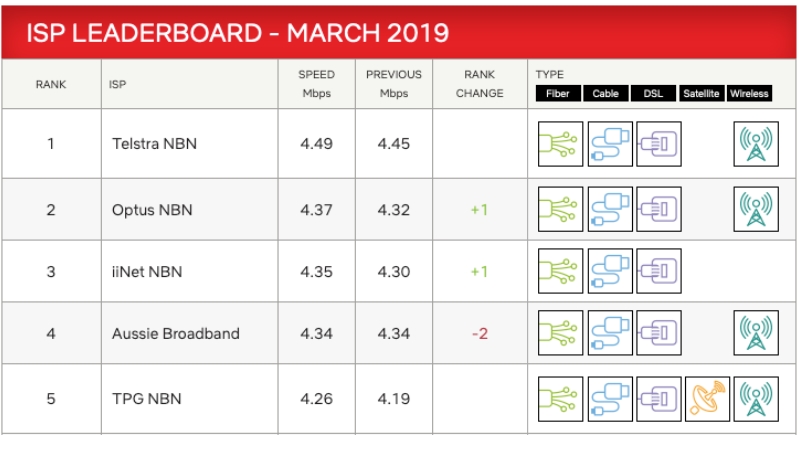 Telstra NBN retained the top spot and MyRepublic entered the top ten with its NBN service. After Telstra split its NBN and non-NBN services in the index, most of the other ISPs have followed suit, creating a ‘dual index’ of NBN and non-NBN rankings.

Last week, Telstra once again topped Australia's Netflix ISP Speed Index, fending off other telcos for an unbroken 12 month run. However, it only achieved this milestone by splitting its streaming speeds into NBN and non-NBN connections - something Netflix failed to offer Telstra's rivals.

Telstra NBN’s position at the top of the table seems untouchable for now although their non-NBN service, while getting a little faster did fall by one position in the rankings.

It’s worth noting that the speed index is a measure of Netflix performance and not overall ISP/RSP performance.