Nobody Needs To Truss A Turkey 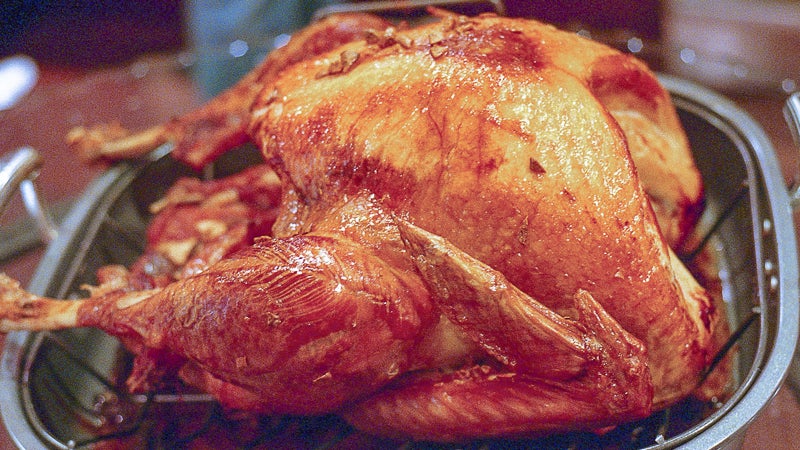 Cooking a perfect turkey is a pretty tall order, and every cook has their own tricks for crispy skin and juicy meat. However you wrangle your bird, there’s one universal turkey truth that’ll save you time and effort: Trussing is a scam.

Turkeys are both huge and relatively low in fat, which makes them difficult to roast perfectly. Breaking your bird down into its component parts all but guarantees an evenly cooked result, but most people prefer the look of a neatly trussed, whole roasted turkey. That’s fine, but you should know that trussing is a purely aesthetic choice that makes an already difficult task even tougher.

Tying your turkey’s legs blocks the cavity and prevents air from circulating freely around the densest parts of the bird. This has at least three major-bummer implications for your finished meal.

First, if you’re a stuffing-in-the-bird family, blocking the cavity just makes it harder for the stuffing to cook through. Second, the legs already take longer to cook than any other part of the turkey; pinning them up next to the breasts means they’ll take even longer, at which point those breasts will probably be dry. Third, trussing folds a treasure trove of skin and fat in on itself rather than exposing it to the heat it needs to crispy up. Turkeys are already low on skin and fat; you should never leave crispy skin on the table.

Old habits die hard, so if less oven time and extra crunchy skin aren’t enough to convince you, maybe this will: skipping the truss makes for the easiest turkey ever, especially if you’ve dry-brined it. You can take it from the fridge to the counter to the oven with zero extra work.

Of course, you can still tie up those legs for pictures — and if you’ve nicked a few bites of skin, it’s a great way to hide the evidence!