Try This Ritual For More Self-Control When You Eat

mindfulnessritualsself controlvitals
To sign up for our daily newsletter covering the latest news, hacks and reviews, head HERE. For a running feed of all our stories, follow us on Twitter HERE. Or you can bookmark the Lifehacker Australia homepage to visit whenever you need a fix.

Rituals can help us feel more in control of our lives, and more comfortable in situations that would otherwise bother us. One group of researchers now says they have found that a weird, meaningless food ritual might help us eat fewer kilojoules.

In the ritual (published behind a paywall at the Journal of Personality and Social Psychology, but also described here), you do three things every time you eat. Here are the instructions as the researchers presented them to study participants:

The people in the study — undergraduate women trying to lose weight, who the researchers recruited at a campus gym — ate fewer kilojoules per day if they were in the group doing the ritual. The control group was just asked to eat “mindfully” but given no instructions.

There’s nothing special about any of the steps, the researchers say; they designed the ritual to be arbitrary but simple and repeatable. It was also strict: “In order to be in the study, you must do the three steps of this ritual each time you eat.”

I tried this ritual for a few meals. It feels silly. For lunch yesterday I had some leftover Thai curry with rice. I cut a few of the larger pieces of chicken with the side of my fork, and then did my best to arrange the meal symmetrically.

I get the feeling this ritual doesn’t work equally well for all foods; what would you do for soup? (That said, it wasn’t nearly as silly as those mindful eating exercises where you rub an orange against your lips.) 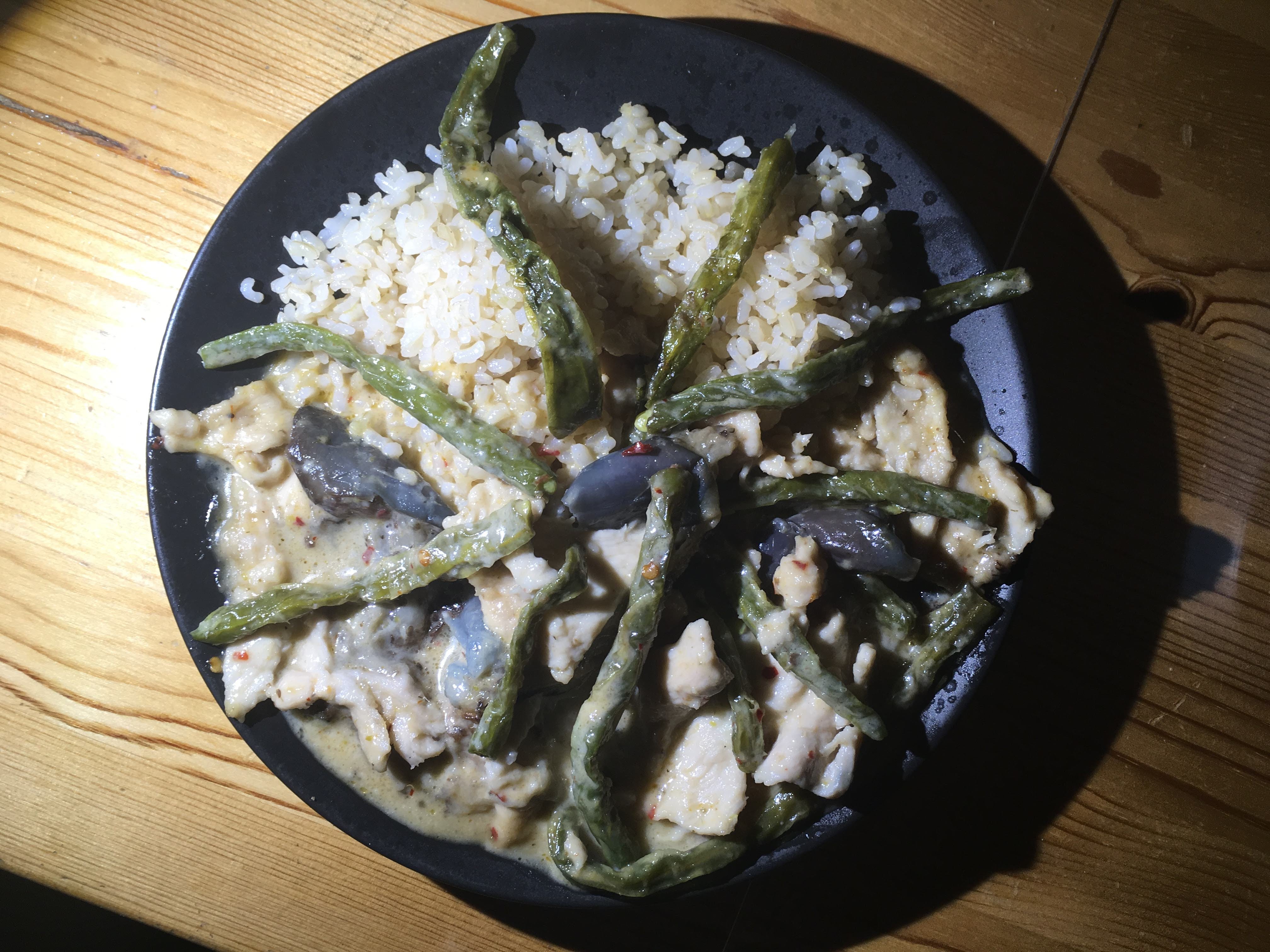 Dinner was pizza. I cut it, arranged it, and pressed my eating utensil (uh, my fingers) on the food three times. For breakfast the next day, I considered whether I wanted toast or oatmeal, and then decided I wasn’t going to bother.

I’m not the only one who got bored with the ritual: The researchers note that “at the end of the study, our participants said they thought the ritual was not very helpful and reported they were unlikely to continue it”.

But I did like the way that adding a little ritual before each meal made me pay a little more attention to the meals I ate. Overly rigid rituals can be a sign of eating disorders, but there’s room for healthy rituals in our lives, too. Maybe you enjoy making your coffee the same way every morning, for example. We also engage in food rituals on social occasions: Singing before we serve a birthday cake, clinking glasses in a toast before we drink.

So, give this ritual a try if you’d like to see if it works for you. Or, better yet, make up your own.