How To Record Calls On Skype

callsconversationdesktophow-tointerviewrecordingskypevideo chat
To sign up for our daily newsletter covering the latest news, hacks and reviews, head HERE. For a running feed of all our stories, follow us on Twitter HERE. Or you can bookmark the Lifehacker Australia homepage to visit whenever you need a fix.

Skype announced this week that it has added a cloud-based recording feature to its video chat service, which you can now access on almost any version of Skype save for the Windows 10 version. It’ll gain the call-recording feature “in the coming weeks,” according to the Skype blog.

To record a call, simply press the plus symbol (+) in the bottom-left corner of a Skype call and select “Start recording”. Everyone in the call will get a warning that you flipped on the recording feature, which will capture audio as well as any videos (or shared screens) during the call.

When you’re done recording, either hang up or go back to the same place and select the “Stop recording” option.

I'm a journalist. (Kind of.) I have to record calls a lot, to supplement my notes. When I make a call over Skype, I use Ecamm Call Recorder, a simple but full-featured Mac-only Skype extension.

Once your recording ends, Skype sends the recording to everyone on the call to view, download, or share directly with other Skype users. It also stores the recording in the cloud for 30 days.

The recording looks a little different than the call itself, as Skype strips away a lot of the UI and places the shots side by side or in formation for a more pleasant viewing experience.

To save your new recording on a desktop or laptop, click the ellipses next to the recording and select “save as”. You’ll also see an option to “forward” the recording, which is Skype’s built-in sharing feature. 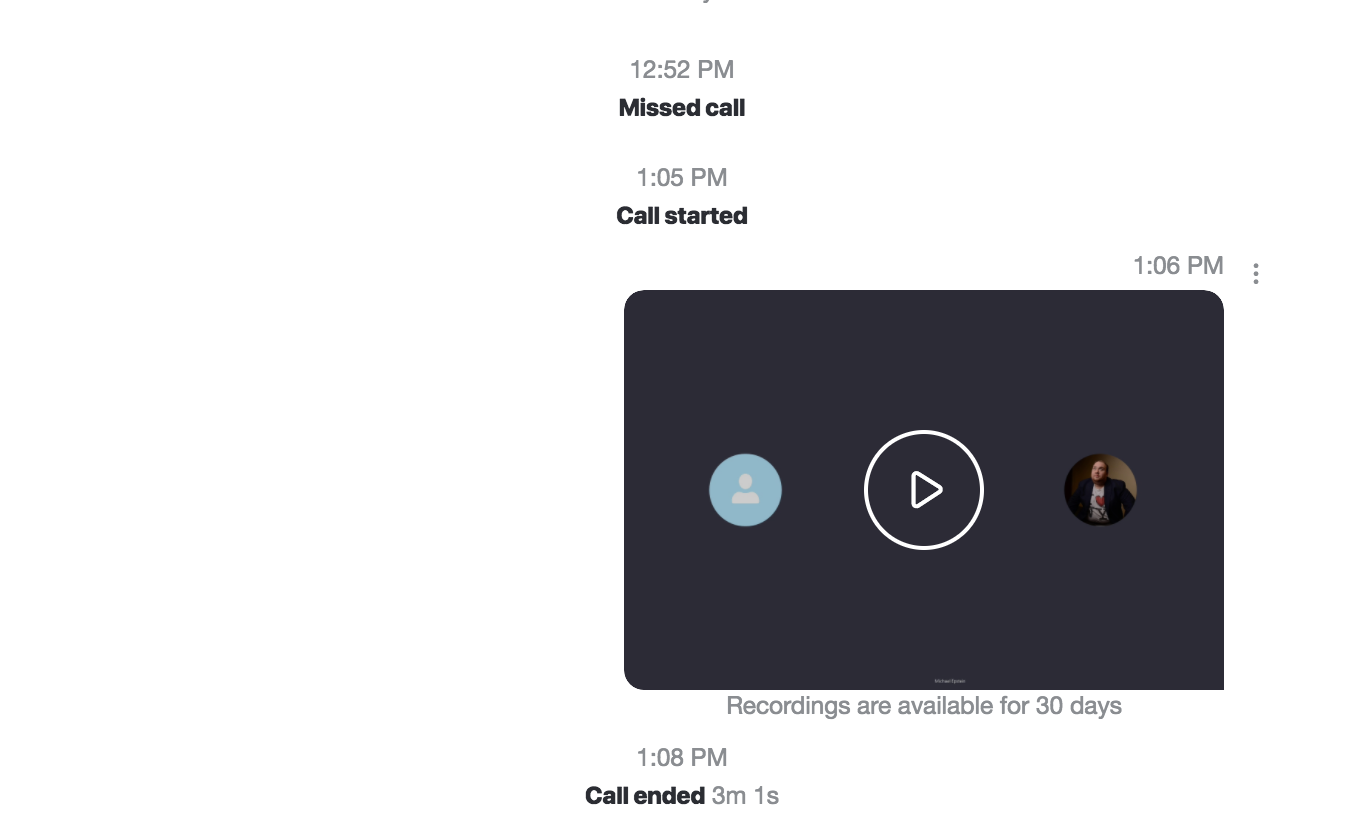 To download it on iOS or Android, touch and hold the recording and select “save”. As before, the same menu will also give you the option to forward the recording to other Skype users.

As someone who generally uses Skype for recording interviews, having a recorder built into Skype makes the service feel more like the complete package. Previously, you needed a third-party app to record calls in Skype, and some of these could get finicky — especially when dealing with video.

Whether you’re just having fun, taking notes, or recording a podcast (because who wants to talk to someone without seeing them?), Skype’s new recording features couldn’t have arrived fast enough.