iOS 12 is out, and a lot of people are suddenly realising that they spend way too much time on their smartphones. Way. Too. Much. Time.

That’s all thanks to the Screen Time feature you’ll find within your device’s Settings menu — right under “Do Not Disturb”. Tap it, and your iPhone or iPad will give you all sorts of scary information: How many hours you’ve spent glued to it, what you did, and even how much you picked it up (to the hour, even).

Here’s the problem, though. Apple’s Screen Time feature is half-baked. It does exactly what it’s supposed to do, and that’s why it’s an inconsistent and inaccurate way to really get a sense of your device addiction habits.

Is there a way to exclude certain apps from the screen time calculation on #iOS12? Mines including 5h of “using” my phone whilst Waze was open which I don’t really want to count as it’s just sat nav.

I’ve been seeing tweets and forum posts that all ask the same thing: How do I exclude apps from being counted in Screen Time? (A few friends have asked me this too, after confiding that their Screen Time total seemed a lot higher than they expected.)

The short answer is that there is currently no way to prevent Screen Time from tracking an individual app. And that’s a big misstep on Apple’s part. As the tweet alludes — and this is something I just tested myself — Apple’s tool counts anything that happens when your device’s screen is on.

You can Spotify or Apple Music all you want while the screen is off, and that won’t inflate your hours. Drive a car with a mapping app on, however, and Apple is going to count your occasional glances at your directions as screen time.

If you have to suffer an hour commute to work back and forth each day, that’s 10 extra hours of screen time on your counter, typically categorised as “Reading & Reference”, which is itself unhelpful.

Whoever put @waze in “reading & sources” category on iPhones screen time feature was obviously deluded. What am I reading there? Directions?

I get it, I do. Apple’s Screen Time feature is meant to do exactly what its name implies: Provide a report for everything you do when the screen is on, under the assumption that you must be interacting with your iPhone or iPad in some way. The feature is working perfectly, just too perfectly.

Instead, Apple should give users the option to either recategorise apps as something else — ”Navigation” or “Other”, for example — or allow them to create a short list of apps that’s automatically excluded from the hour count.

While you could cheat and put Fortnite in that list, the only person you’re really hurting is yourself. And I’m willing to bet that more people would like an accurate representation of the time they spend using their devices in a meaningful way rather than a quick trick to escape detection on a utility they don’t have to even enable in the first place.

How to make Screen Time work for you

There’s no indication Apple is going to roll out a fix for this issue. (It seems like something anyone could have caught by commuting to Cupertino.) You have a few solutions to address it yourself, but they aren’t ideal.

First, if you really want as accurate a Screen Time report as possible, you’ll want to consider turning your device’s screen off and use your mapping app’s audio notifications instead. I don’t think that trade-off is worth it, but that’s an option. 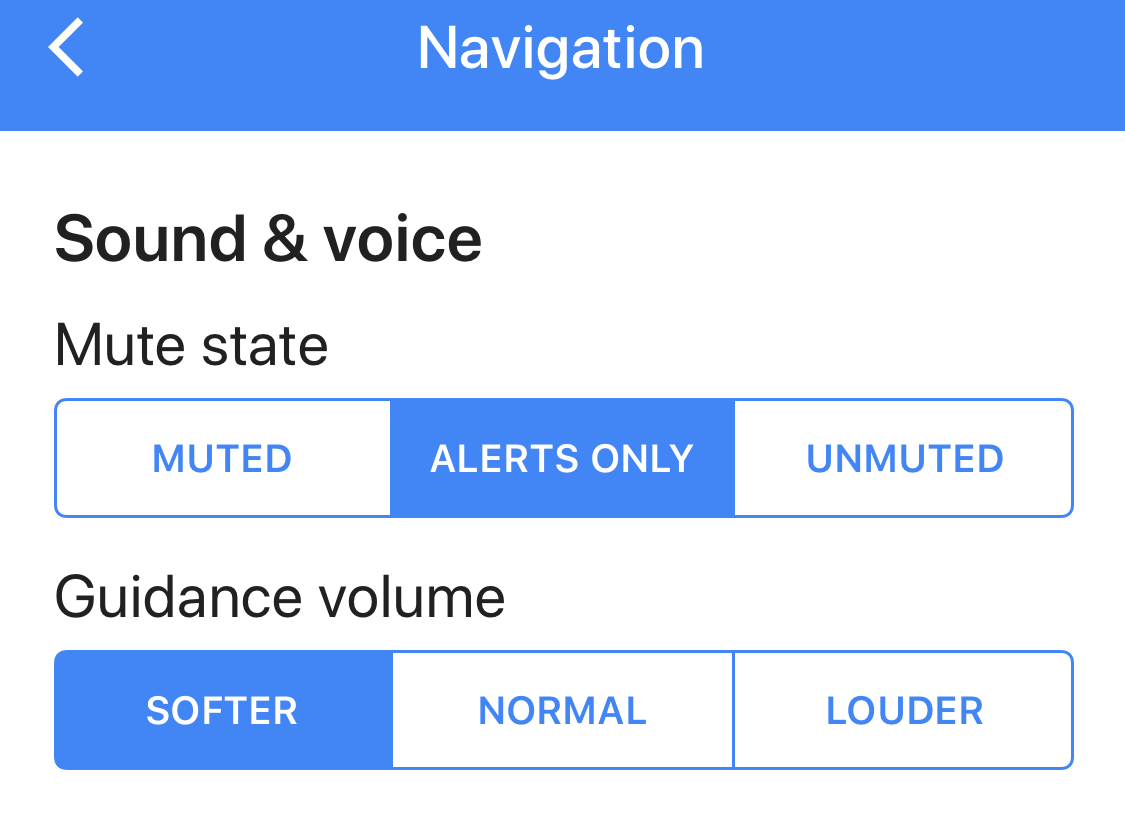 I always hate it when my smartphone yells at me to TURN RIGHT TURN RIGHT OH GOD. (Screenshot: David Murphy)

Second, you can use a CarPlay-friendly receiver. If your car doesn’t have one, and you don’t want to purchase an install an aftermarket device, you’re out of luck. However, I was able to confirm today that watching Google Maps on my CarPlay receiver — with my connected iPhone’s screen turned off — wasn’t counted by Screen Time. (The same was true for my podcast App, Castro.) 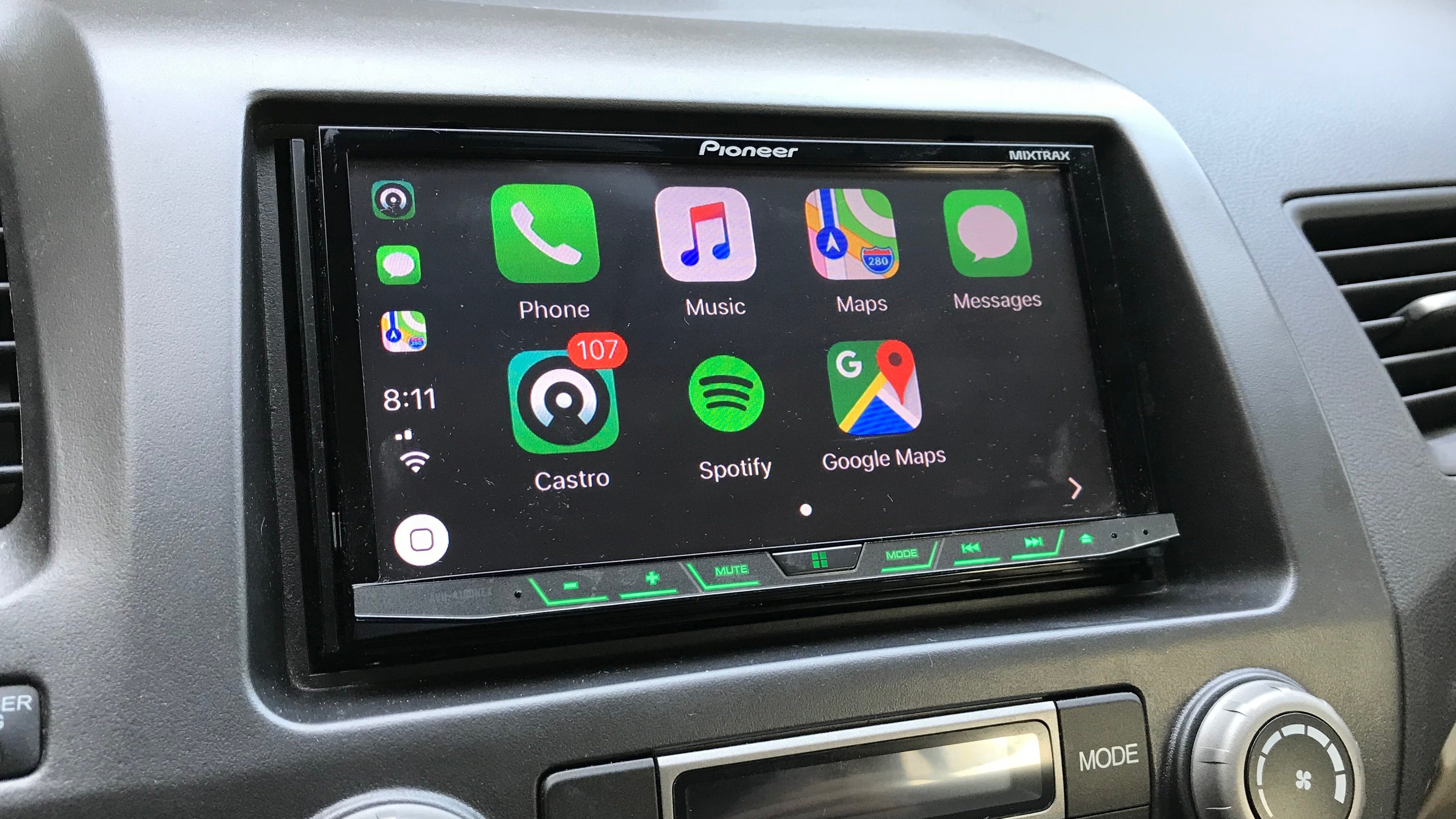 Apps loaded on CarPlay won’t count in Screen Time unless your connected device’s screen is on (naturally). (Screenshot: David Murphy)

If you’re in another situation where your Screen Time count is horribly off — if you’re testing your app’s prototype UI on your iPhone, for example — you’ll have to accept that what your device says about your device addiction isn’t going to reflect how you really use it.

Don’t stress out. Take Screen Time for what it is: A useful way to track some app activity, but only if you use the tool to dig into what you’re doing. Don’t let the big total number throw you off.

And if your kid is complaining because they hit your Screen Time limits while driving to finish some errands, and now they can’t Snapchat their friends, well… life is cruel, isn’t it? Maybe they can write a letter to Tim Cook, now that they’ve used up all their iPhone time for the day.