Why Can’t I Get Predictive Text On My Desktop Computer?

Nothing kills typos faster than predictive text. Just think of how often you go about your day, texting away, using your smartphone’s built-in capabilities to predict the big words you’re trying to type before you finish them. If you’re good, you can compose a decent thought without ever hitting an actual letter. So, why can’t you do this on your PC, too?

There are two technologies you’re probably thinking of: predictive text, in which you start to spell a word and pick from one of the options your device presents; and autocorrect, which ensures that you’re always — always — texting your friends about things you “can’t ducking stand”.

In this case, Windows already has both features baked in. If you’re a using a touchscreen keyboard in tablet mode, Windows will suggest words the second you start typing letters. As for autocorrect, you can turn that on and off by visiting the Settings app > Devices > Typing. Look for the “Autocorrect misspelled words” option.

If you’re typing on a physical keyboard, as on your typical desktop or laptop, you can turn both features on in the same Settings window. Just scroll down a bit and look for “Show text suggestions as I type” and “Autocorrect misspelled words I type” under the Hardware keyboard section. 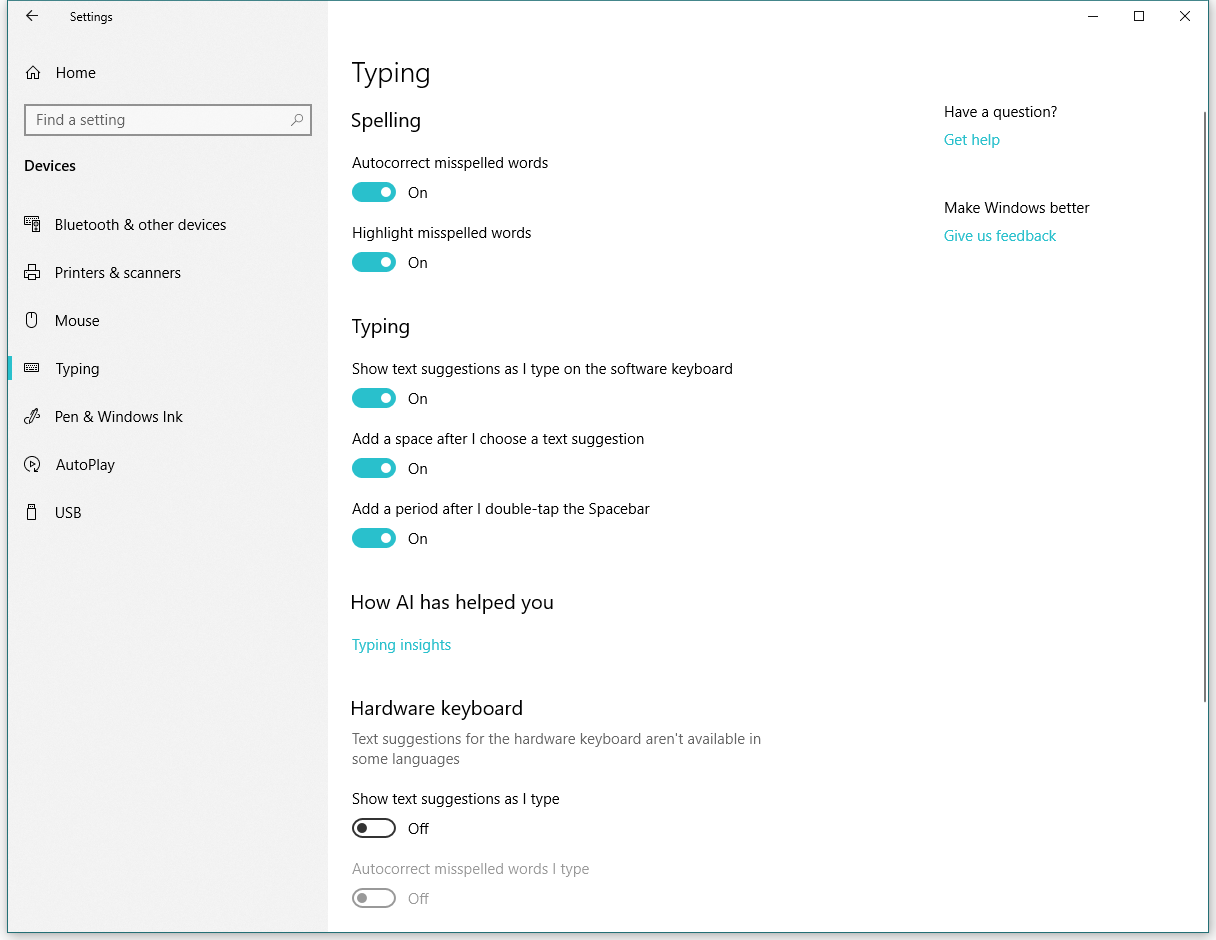 One caveat about the hardware keyboard bit: the text suggestions and autocorrect features aren’t universal. As I type this post in Lifehacker’s content management system, for example, Windows is suggesting and fixing zilch. When I pull up Microsoft Word, however, I get both predictions and fixes:

Eventually, you’ll be able to use the very app you mentioned in your question — SwiftKey itself — when poking out letters in Windows 10’s tablet mode. (If you have Windows 10 Insider Preview Build 17692, you can try that out right now.)

As for getting predictive text or auto-correction for every app you use when you’re typing on a physical keyboard, I haven’t found a great, universal solution. And I’m not sure one exists.