How To Make A Flavourful, Juicy Turkey Burger

Turkey burgers are the egg white omelets of the burger world. Known for being dry, bland, and decidedly unsexy, I didn’t see a point in ever making one. Until now.

There are many reasons someone would eat a turkey burger – maybe they don’t like beef, or maybe they just really hate turkeys and wish to diminish their numbers. After seeing how A.A. Newton used a whole bunch of cooked-down vegetables to make super-tasty veggie burgers, I was inspired. By adding finely diced and browned mushrooms and onions to the meat (plus some raw onion for good measure), I was able to up both the moisture and the umami of the once-sad patty. When I foisted one upon Ofclaire when he came home from work, still in his painter’s whites, his reaction was positive. “This is good,” he said. “It’s turkey!” I yelled, too loudly.”Did you add beef to it?” he asked.

I had not added beef to it, just vegetables and – I like to think – a little love for oft-maligned bird meat. To make a few (four) yourself, you will need:

Clean the mushrooms and pulse them in a food processor until they are finely diced. Mix them with 1/2 a grated onion, season the mixture with salt and pepper, then cook with two tablespoons of schmaltz over medium-low heat until the vegetables have become dry and browned. 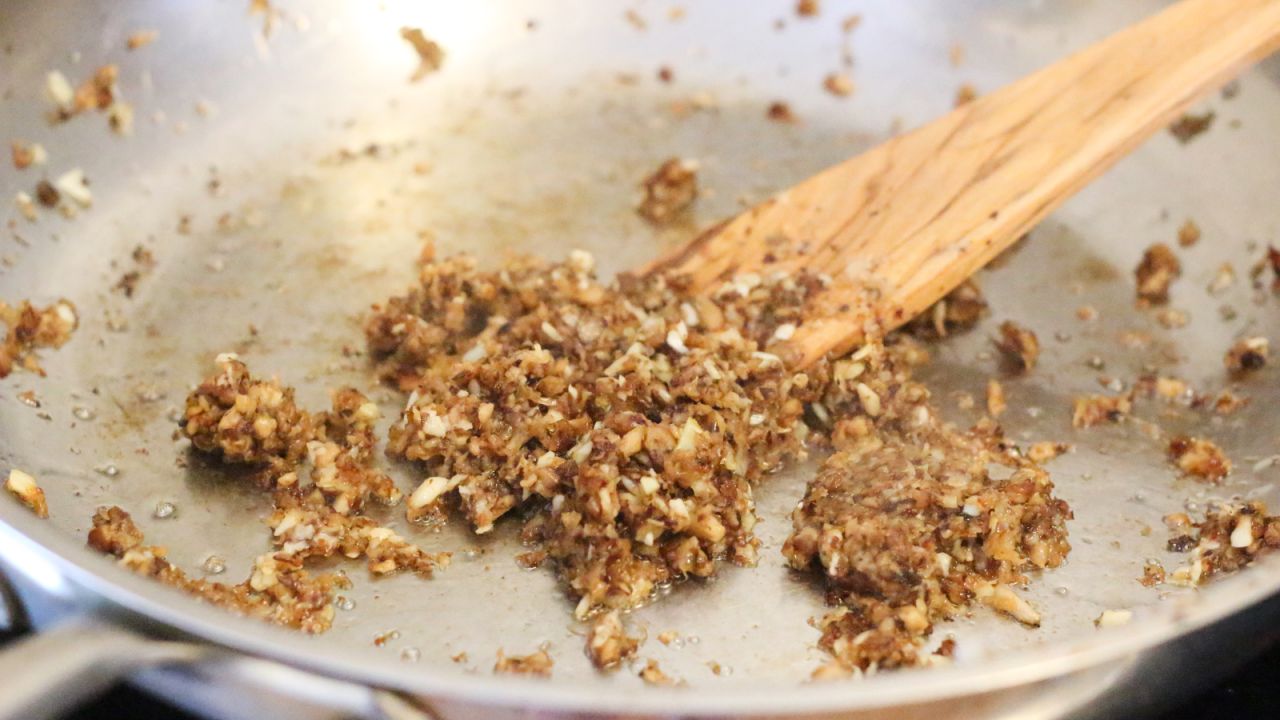 Add the garlic, cook until it’s fragrant and golden, and then deglaze all the wonderful browned bits with a few splashes of beer, scraping the pan with wooden spoon or spatula. Add the Worcestershire sauce, and let it reduce until no excess liquid is pooling. Remove the mixture from the pan, let it cool, and mix in the mayo and two tablespoons of raw, shredded onion.

Using your hands, gently mix the mushroom mixture, and form four patties. (They will seem too loose; don’t freak out.) Season both sides of each patty with salt, place them on a baking sheet, and let them chill in the fridge while you heat the oven to 120 degrees Celsius, then cook them for about half an hour, until the internal temperature reaches 65 degrees. Heat a pan over high heat with a little more schmaltz or vegetable oil, and finish them off by searing each one for a minute or two on each side, until you get a nice crust. Serve on soft buns with mustard, a little mayo, and your favourite onion.