Dear Lifehacker, Everyone is saying artificial sweeteners like aspartame are bad for you, and now Diet Pepsi is removing it. Should I worry about how much diet soft drink I’ve been drinking? What health hazard have I been exposing myself to all these years? And should I worry about the new sweetener that’s replacing it? Thanks, Sweetener Swapper

When companies change the ingredients in a product, your health is rarely the main driver for the change. Sometimes they want to switch to a cheaper or more practical ingredient, and sometimes they see an ingredient swap as a marketing move. Here’s a hint on how you can tell a company is taking advantage of publicity: they announce the change loudly.

Pepsi’s CEO explained at a conference that customers wanted Pepsi to drop the aspartame, and concerns about the sweetener seem to be dragging down sales. “Aspartame is just one sweetener, but it’s the one that seems to get most of the negatives in the press and on YouTube,” he said. Here’s what he said to Bloomberg: “Decades of studies have shown that aspartame is safe, but the reality is that consumer demand in the U.S. has been evolving.”

We’ll point that this change is not worldwide as yet, and that in Australia the market for diet drinks is dominated by Coke Zero. Pepsi’s biggest selling local option is Pepsi Max.

Just because a company dumps an ingredient doesn’t mean the ingredient is unsafe. To figure that out, we have to look at what critics are saying about aspartame — and whether there’s any truth to their claims.

It’s easy to find information about aspartame, but the casual Googler is likely to land on a severely biased source: either patronizingly reassuring stuff from diet drink manufacturers, or fearmongering from known quacks.

Claims that aspartame is unsafe tend to follow two lines of reasoning: either links to cancer, or a focus on the components of aspartame. Let’s look at each.

The “Case” Against Aspartame 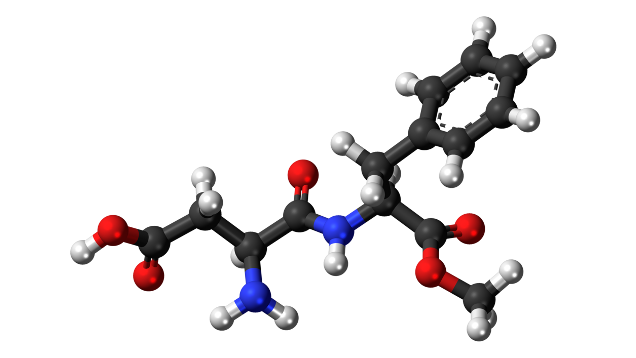 Aspartame is a single molecule that our body processes by breaking it down into aspartate (or aspartic acid), phenylalanine, and methanol. All are already in our diet; those first two ingredients are amino acids, found in plenty of protein-rich foods.

For example, a quarter-pound hamburger contains over 1000 milligrams of aspartic acid; if you wash it down with a diet drink, that adds barely 100 milligrams more.

Methanol, likewise, sounds scary (and it is, in larger quantities; this is the poison that was added to alcohol during Prohibition). But the amount you get from aspartame is infinitesimal: 500ml of diet soft drink contains about as much as a banana

Still, is there some way the combination could cause cancer, as its detractors claim? While there are many safety reviews published in peer-reviewed journals, one of the most readable explanations (based on those reviews, of course) comes from the American Cancer Society.

They explain that animal studies have sometimes shown links to cancer, but those same studies use astronomical doses of aspartame: Equivalent to 20 cans of diet soft drink per rat per day, over their lifetime. (Or in human terms: 3,400 daily cans for a 75kgperson.) Meanwhile, studies in humans don’t show a consistent link between cancer and aspartame at all.

The safe dose in rodents, scaled to human size, amounts to 1,900 cans per day every day, leading the FDA to set the safe limit for humans at 1% of that, or 19 cans of diet soft drink per day. (That’s 50 milligrams of aspartame for each kilogram you weigh.)

It’s possible that future research will find harmful effects of aspartame, but so far the case against it doesn’t rest on any firm evidence. If you choose to avoid it, remember that regular soft drink, sweetened with sugar, is definitely associated with health risks. Switch to water or tea if you like, but don’t pretend that regular soft drink is somehow a healthy choice.

Are Other Sweeteners Safe? 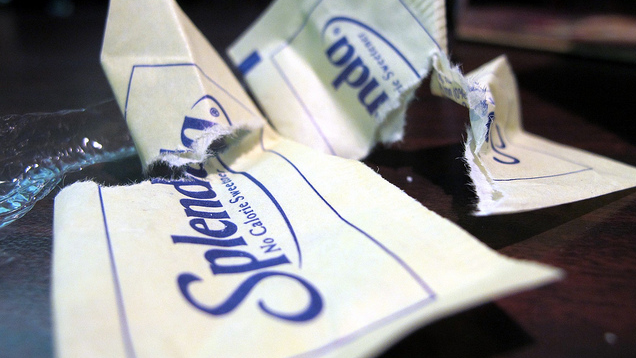 None of these sweeteners are linked to serious health issues, but the body of research is small. Aspartame has been on the market, and fairly well studied, since the early 1980s. Ace-K was approved in 1988, and sucralose came a decade later in 1998. Stevia extracts are newer still.

Artificial sweeteners don’t have evidence backing up the idea that they’re dangerous, but I can’t fault people who decide they’d rather skirt the whole issue by avoiding them. That means skipping sweeteners altogether, though, and not just a particular formulation of Diet Pepsi. Here’s why: If you’re choosing to be extra cautious by avoiding aspartame, other sweeteners might not be any better. The Center for Science in the Public Interest (which, despite the sensible name, is known for being unnecessarily alarmist) lists Ace-K and saccharin alongside aspartame in its list of additives to avoid. Sucralose fares a little better, coming under the “Caution” list.

But if you’re looking for actual evidence of danger from any of these sweeteners, you’ll come up empty. The National Cancer Institute sums up the current state of knowledge: “There is no clear evidence that the artificial sweeteners available commercially in the United States are associated with cancer risk in humans.” (Emphasis mine.) The UK’s National Health System (NHS) agrees that there are no serious health concerns behind any of the sweeteners available in the US or Europe.

So switching the sweeteners in Diet Pepsi isn’t likely to make its drinkers any healthier; and if you already drink diet soft drink, switching brands won’t benefit you. Cautious folks might choose to steer clear of soda in general (maybe switch to unsweetened seltzer?), but if you like the taste of malted battery acid, there’s no compelling reason to pour yourself anything different.