Friend Or Foe? What The Shape Of Your Face Says About You

When it comes to forming relationships, first impressions are important. Unfortunately, science suggests that the shape and width of your face can have a significant impact on what people think of you — and that’s before you’ve even opened your mouth.

Imagine a prototypical thug. A real bruiser. Chances are they are male — no surprises there — but picture what his face looks like. If you’ve imagined a man with a short, wide face, then you’ve picked up on what we believe is an evolved cue we have for rapidly identifying potentially dangerous individuals.

In an article published in PLOS ONE, we conducted a synthesis of 56 research papers involving thousands of participants that measured people’s facial width-to-height ratio.

The image below shows men and women with low and high ratios. Which person would you presume is likely to be more aggressive? More trustworthy or more dominant? Better at business and sports? 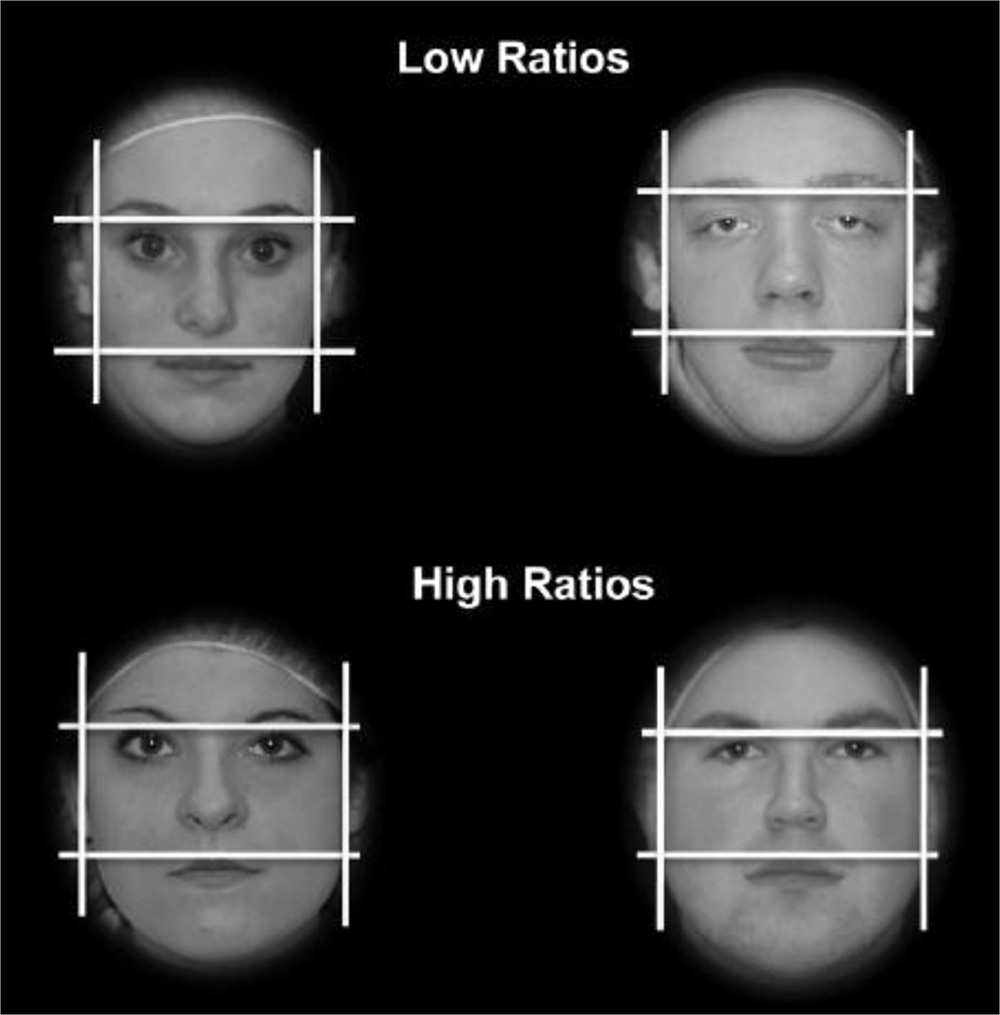 Our meta-analysis examined the correlations between these measurements with some important social behaviours. We also examined how people perceive men and women with varying facial width-to-height ratios.

What a face tells you

Are people with shorter, wider faces really more dangerous? The short answer is yes, but only for men.

We found that men who had shorter, wider faces behaved in a more threatening manner across a number of different behaviours. They were more aggressive, more prejudiced and more likely to deceive others. These effects were not observed in women.

In one very interesting study, the authors analysed the ratios of 29 US presidents and found that even among this über-dominant group of men, presidents with larger ratios were characterised by a heightened drive to achieve.

A smaller number of studies also found that men with larger ratios were more successful in business and sports (although, unfortunately, no studies examined these relationships in women).

One advantage to doing a meta-analysis is that it tells you the strength of the relationship between any two variables. We found that the strength of the relationship between the facial width-to-height ratio and threatening, dominant behaviour were quite small. That is, there are plenty of gentle people with short, wide faces and there are plenty of dangerous ones with long, narrow faces.

However, people have a tendency to think that people with relatively shorter, wider faces are much more aggressive and dominant than they actually are.

The relationship between people’s perceptions of these threatening traits were approximately 3-4 times as large as the relationship between face shape and the actual traits and behaviours. Put another way, there is only a kernel of truth in that people with larger ratios are more dangerous and dominant, but our perception tends to exaggerate that truth.

Errors in perception save lives

Why do people overestimate the danger of men (and dominance of both men and women)?

We suggest that this bias saved the lives of many of our ancestors. All mammals must figure out whether other organisms are likely to harm them. Doing so quickly would have significant advantages: the cost of making a mistake could result in death, but overestimating the danger is relatively cost free (other than a little anxiety, or missing out on a potentially fruitful friendship).

So even if there is only a small chance of being attacked, overestimating the relationship between the facial width-to-height ratio and danger could be a life saver.

Evolutionary psychologists call this phenomenon error management bias. These biases have no doubt saved many lives. For instance, have you ever jumped off a cliff into a swimming hole? People tend to experience the height of the cliff as much higher when they are at the top than when they are in the swimming hole. Ever been on a bush walk and thought a stick was a snake? Same thing.

Moreover, it seems that people are especially good at inferring the ratio. Just as we obtain rapid information from faces such as ethnicity, gender and age, it seems people can rapidly process the width-to-height ratio, even in bearded men (sorry hipsters).

Further, the ratio is positively associated with dominance in non-human primates too, and humans can accurately assess this trait in non-human primates as well. These findings suggest that the facial width-to-height ratio, and sensitivity to it, may be part of an evolved cuing system in that emerged long ago in our evolutionary past.

Look in the mirror

Perhaps the most important implication is that we should all be aware of our automatic tendency to infer danger, when in most cases, such an inference is probably unjustified.

The next male you encounter with a short, wide face is probably not going to deceive or hit you. Thus, understanding that we all possess this bias is the first step in correcting our inferences and behaviour.

After all, people don’t have control over the shape of their face; so making assumptions about people based on their face shape is a type of prejudice. Consider this recent study of 742 convicted murderers in the USA. Murderers with shorter, wider faces were more likely to be sentenced to death than murderers with longer, narrower faces.

If you have a relatively short, wide face, you should also be aware that people may tend to think of you as threatening (if you are a man) and dominant (if you’re a man or woman). This may have some advantages. You may get your way more easily because others back down quickly. However, many people may incorrectly assume that you are also untrustworthy and dangerous.

For people with longer, narrower faces, people may think of you as a pushover, but also trustworthy and kind. However, you may have to fight a little harder for that next promotion or winning that next argument.

We bet you’re not going to look at yourself the same way the next time you peer into a mirror.