As you’ve surely heard by now, Australia chose ‘yes’ for same-sex marriage legalisation. Here are all the important stats from the Australian Bureau Of Statistics – from how each state and territory voted to the level of participation.

The following graphs come courtesy of the ABS website. As you can see, the Yes side’s victory could only be described as emphatic. According to ABS’ data, 7,817,247 people – 61.6 per cent of the vote, said yes. The no vote was 38.4 per cent.

Support for same-sex marriage was highest in the ACT, at 74%, while NSW was the lowest, at 57.8%. All states voted in favour and 133 of 150 electorates returned a yes vote. The next step is a same-sex marriage bill – which you can find out about here.

For a more detailed breakdown of the survey results, check out the graphs below! 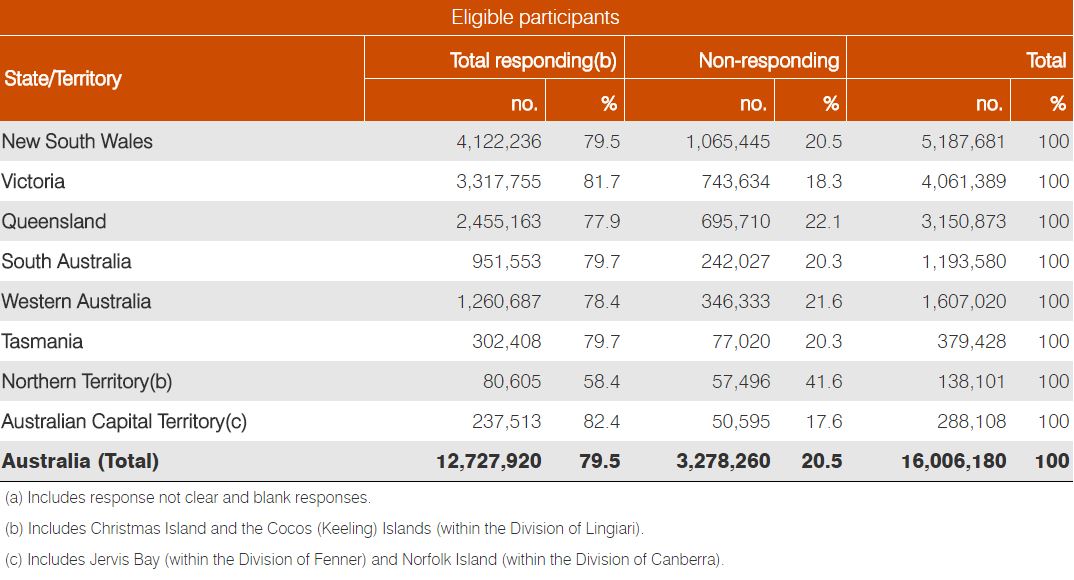