Why You Shouldn’t Trust Your Friends’ Health Advice

There’s a lot of bad advice, bad science, and bad logic out there — and I’m sorry to report that some of it is probably coming from people you trust. Sharpen your pencils and take a seat — Bullshit Resistance School is in session.

Everybody is an expert on their own health, in a sense: we each know what we experience, what actions we take to change it, and how we feel as a result. So if you tried a certain diet and your knee pain disappeared, you’ve probably got a story in your mind about how the diet gets the credit — and you’ll share it with anyone who asks.

But let’s flip that around. What about when you’re the one with knee pain, and your friend pops in to say have you tried cutting out dairy? Even if they have got a pretty convincing story, they’re still just one data point. Their experience is not proof that you will have the same experience.

A good story can make or break a presentation, article or conversation. But why is that? WhenBuffer co-founder Leo Widrich started to market his product through stories instead of benefits and bullet points, sign-ups went through the roof. Here he shares the science of why storytelling is so uniquely powerful.

Deep down, you know this. You wouldn’t believe a news headline that says “Decisive Scientific Study of One Really Opinionated Person Reveals…”, well, anything. If you want to know whether cutting out dairy cures arthritis, or whether the MMR vaccine causes autism, or whether homeopathy can cure the common cold, you’d need to see a lot more than one person’s opinion, even if it sounds pretty convincing.

But this person is your friend. You trust them. And maybe you knew them before and after they tried the magic diet, and you totally believe that they improved. How could you go wrong by believing their story?

Blame It on Cognitive Bias

We take shortcuts in our thinking. That’s not because we’re lazy, but because we’re smart. If we stopped to logically examine and fact-check every piece of information we came across, we’d never make it out of the bedroom in the morning. (Is it really 7 am? Am I sure my house didn’t get picked up by a tornado in the night and plopped down in a similar looking city?) So we put a lot of our thought processes on autopilot.

The strategies that keep us sane are our cognitive biases. They’re not bad, but we should be aware of them so we can opt out of using them where they don’t help.

20 Cognitive Biases That Affect Your Decision-Making

We all make bad decisions sometimes, but have you ever wondered what mental obstacles can lead you astray? This infographic goes over 20 of the most common cognitive biases that can mess with your head when it's decision time.

For example, confirmation bias means that once we have a mental model of how the world works, we try to fit new information into that model. If most things fit, but a few things don’t, we reject the outliers. So if you wake up and there’s a tree branch just outside your window where there wasn’t a tree branch before, you shrug it off: maybe the wind blew some branches around, or that tree has gotten taller and you just didn’t notice before that it was visible from your window. You don’t throw out your model that tells you you’re in your usual house in your usual yard.

So if you have a friend, call her Julie, who is generally pretty trustworthy, you’ll hang on to that assumption as long as you can. If Julie says Emergen-C kept her from catching a cold all last winter, you’re probably going to figure she knows what she’s talking about. (If Julie were my friend, I might start googling the evidence base for vitamin C, but we don’t all have the time and inclination to do that in every friendly conversation.)

Here are a few other biases that come into play: anchoring bias, where we tend to believe the first thing we hear and compare everything else to that. Availability bias, where you’re more likely to believe what happened to your friend than some statistic you heard about people far away. There’s a clustering illusion where you want to infer a pattern from multiple data points — maybe you know three different people who say acupuncture cured their headaches. And don’t forget the choice-supportive bias, where you feel committed to defend the choices you already made

These all affect how we perceive our friends’ advice, and how we see our own experiences. If you decided to skip some vaccines for your child, you may find yourself chiming in to discussions on that topic to explain why the choice you made is the right one for others, too.

Have you tried yoga? Sister in law had a nasty back injury. Thru yoga she has been able to alleviate most of the pain.

What We Miss Because of Our Biases

Anecdotal evidence is extremely narrow: it gives us one opinion on one person’s experience trying one thing. We miss a lot when we rely on anecdotes. For example:

Confounding factors: Your friend cut calories and ate more vegetables and exercised more and scheduled some “me time” for relaxation and sleep…but they are sure that cutting out gluten was what made them lose weight.

Placebo effects: If you try something, you want it to work, and you’ll interpret things in that light: more “maybe this is helping?” and less “maybe it’s not.” In a randomised controlled trial, where subjects don’t know whether they’re getting the treatment or a placebo, it’s possible to evaluate the effects objectively. There’s no way for your friend to step back and get that objectivity.

What happened to everybody else? Think of those weight-loss ads that say “Results not typical” in fine print. Out of everybody who tried the supplement they’re advertising, probably most people only lost a little bit of weight, or lost none at all. Maybe a bunch of people gained weight. But they pick the person who lost the most, and based the commercial around them. In the same way, your friend who says they got the flu after receiving the flu shot isn’t experiencing typical results, either.

Because anecdotes have these flaws, we can’t draw robust conclusions from them. Instead, it’s important to look at the science as a whole. The flu shot isn’t perfect, but its benefits outweigh its risks. Yoga sometimes helps with back pain, but it’s not a cure-all. The Whole30 diet may help some people detect food allergies or sensitivities, but it’s an unnecessarily complicated way to do that. 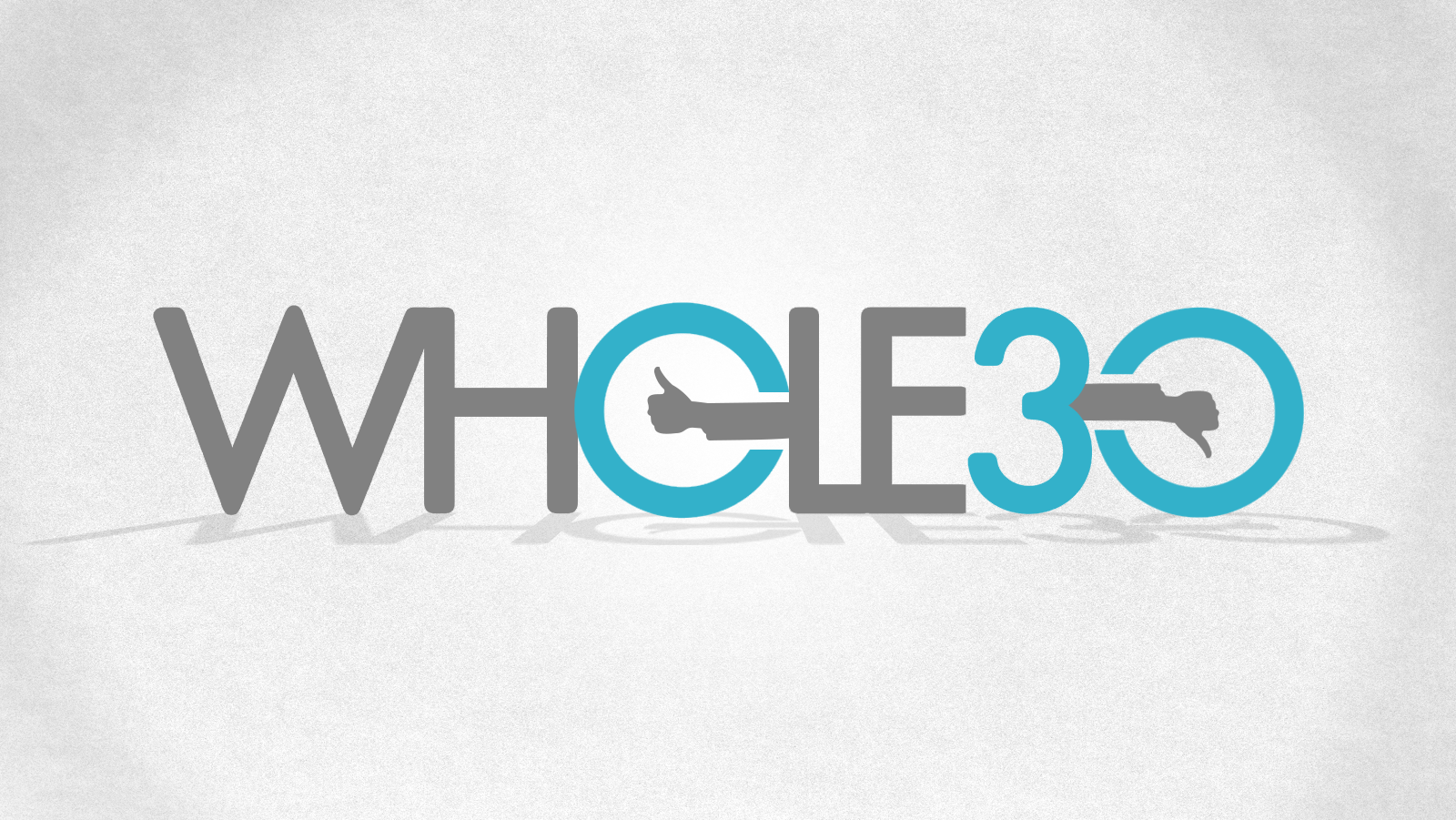 The Good And Bad Of The Whole30 Diet

The Whole30 diet declares swaths of food off-limits, and sets up ironclad rules about the little that's left. That means it checks a lot of boxes for a fad diet or one that's too draconian to be effective. But there's good here too, enough that it might help if you know what you're in for.

Trust Your Friend, But Not Their Advice

This all puts you in a sticky situation, we know. You shouldn’t blurt out “You’re wrong!” every time somebody asks if you’ve tried yoga.

So, believe your friend about their own feelings and experiences. If they used to feel sick, but now they tell you that they’re doing better, that’s great! Congratulate and support them. After all, they’re the expert on how they feel.

But that doesn’t mean you should conclude that if yoga helped them, it will help you. Take their advice with a grain of salt: if you were curious about trying yoga anyway, maybe this will spur you to give it a try. And if you’re smart, you’ll run that idea past your doctor or physical therapist to make sure you’re getting good advice from somebody with actual expertise.

If someone has a story of personal experience, and backs that up with a study, tread especially carefully. It’s easy for someone to cherry-pick a single study that supports what they’re saying, while ignoring dozens or thousands of studies that say otherwise. This is the case for almost all gurus who say that their diet or approach is the only way to be healthy. They all cite studies, and they all have conclusions that disagree with each other. Check out the claims by looking at sources you know to be unbiased.

Your assignment, should you choose to accept it: Find or recall an anecdote that sounded pretty convincing when you first heard it. Or, if you want to really challenge yourself, think about something you experienced and the lesson you took from it. Reevaluate that experience or anecdote now. Is it still so convincing? Why or why not? Let’s discuss in the comments.