As northeast Asia teeters on the brink of a conflict that could escalate beyond anyone’s control, it is more important than ever to be well-informed about North Korea, and move beyond the common caricatures of the country and its leader, Kim Jong-un. This is difficult when many misconceptions about North Korea perpetuate in the public consciousness.

We should interpret the threat posed by North Korea from an educated perspective based on demonstrable strategic logic. Here are five assumptions about the country and its leadership that you need to rethink.

In the 2004 comedy film Team America, Kim Jong-un’s father, Kim Jong-il, is illustrative of a popular view of North Korea that both feeds and is fed by the perception that the Kim regime is irrational, crazy and evil.

This caricature is a poor foundation on which to build a North Korea policy.

Proponents of this view point to the Kim regime’s horrendous human rights record and the Orwellian social controls put in place to maintain the Kims at the head of North Korea’s unique authoritarian political system.

While the regime’s coercive arms have been responsible for crimes against the North Korean people that could be considered “evil”, this does not suffice as an explanation for why it engages in these practices.

The “why” is important. It feeds information into risk analyses and pinpoints leverage points for strategic interactions with North Korea.

We don’t have to like this logic or agree on its strategic utility to see there is rational strategy at work. We need to locate Kim and his regime within the context of the complex incentives and constraints of North Korea’s interwoven political, economic, cultural and ecological systems.

It is useful to step back from the whirlwind of recent developments to place the current situation in the broader context of North Korea’s regime survival strategy.

The regime’s brutal human rights record is a result of measures to consolidate its internal power.

Over time, the Kim family has become adept at “coup-proofing” its rule by playing off potential institutional rivals against each other and purging individuals when they become too prominent within the institutional hierarchy.

The tentacles of the regime’s coercive power reach all the way from institutions to people’s everyday lives through surveillance, social controls and ideological indoctrination. It is a brutal reality that these kinds of oppressive measures are the rational and predictable way politics is practised in authoritarian dictatorships.

This also means we should pause before equating North Korea’s human rights abuses with any perceived irrationality in the country’s external relations.

Here one needs to understand the unique logic of North Korean foreign policy. To this end, it sees hard military power as the only reliable means of guaranteeing its security.

North Korea’s foreign policy behaviour generally emphasises the utility of military force as its only credible security guarantee in what it perceives to be a strategically hostile environment. Its nuclear weapons and ballistic missile capabilities are the ultimate practical expressions of this worldview.

When we analyse North Korea’s behaviour from its own perspective, we can recognise the logic of their actions. That does not mean that we agree with that logic. But it does give us a more informed foundation upon which to respond to those actions. 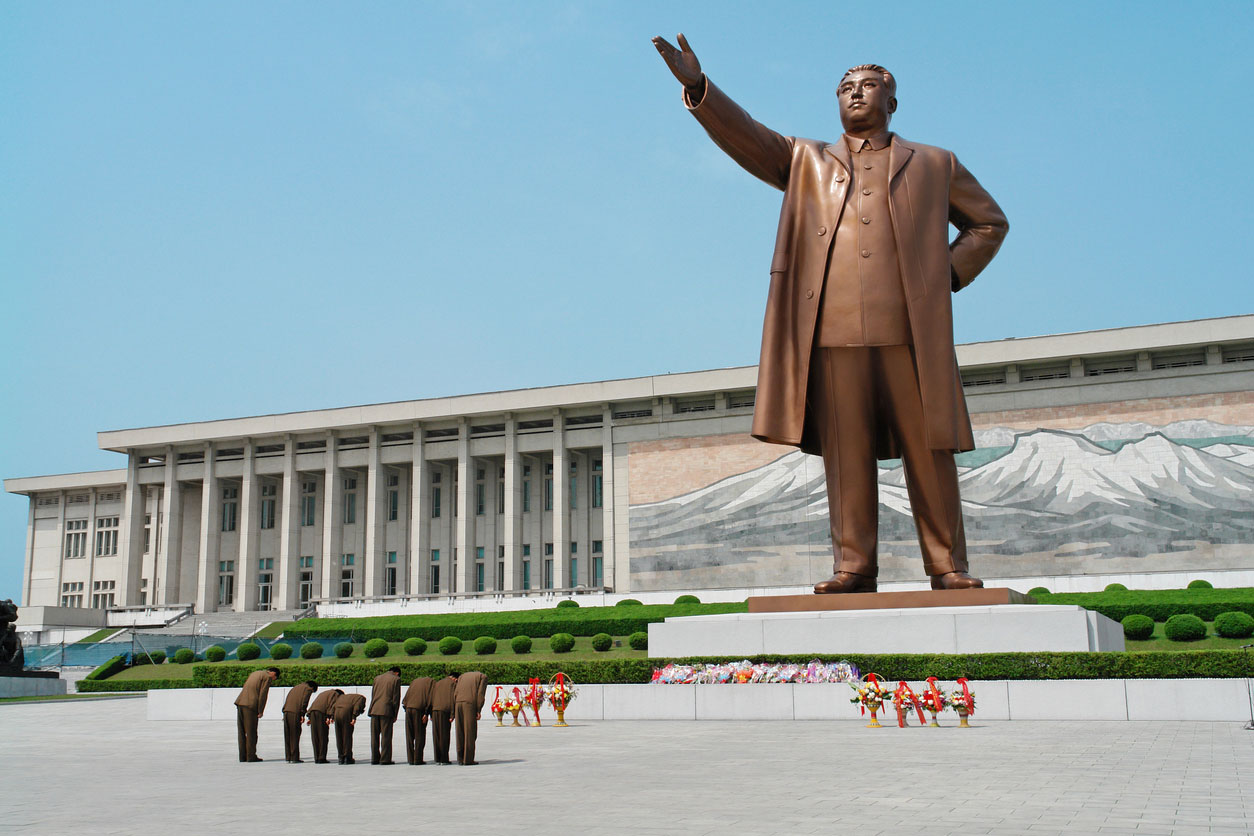 Coverage of North Korea and its nuclear program often seems to take place in a parallel universe, where the overwhelming military power disparity between it and the US does not exist.

The Trump administration’s position appears to view the North Korean leadership as evil and unpredictable, buying into the logic of the “crazy Kim” idea. It sees a clear and imminent threat to the US in North Korea’s nuclear weapons and ballistic missile programs, and in propaganda that consistently threatens the US with annihilation.

It is easy to be fearful of the worst-case projections of the “crazy Kim” hypothesis. However, the strategic logic of that position just doesn’t add up.

Korean Central News Agency and associated propaganda organs of North Korea have a long history of threatening the US, South Korea and Japan with destruction. But we should bear in mind that inflammatory rhetoric is a tool of weakness, not strength.

North Korea is a small, isolated and economically weak country surrounded by larger, prosperous and militarily sophisticated powers. Its government has very limited sources of leverage through which to ensure its survival.

Projecting fear through muscular tough talk is one of its tried-and-tested strategies for ratcheting up the risk premium for any external power that might consider attacking North Korea.

When we understand the strategic purpose of this kind of rhetoric from the perspective of regime survival, we can apply the required grain of salt to the level of risk we associate to these rhetorical threats.

This is not at all to dismiss North Korea as a threat, but to interpret that threat in its proper context.

#4 Capabilities and intentions are not the same thing

North Korea’s other lever of power projection is its nuclear weapons program.

Here the key point is to emphasise that military capabilities do not automatically equate to the intention to use them. We need more information beyond the raw capabilities of North Korea’s military technologies to perform a thorough risk assessment.

North Korea’s nuclear tests and missile launches can be understood from the perspective of deterrence.

Analysis of North Korean strategy over a long period suggests its leadership is overwhelmingly concerned with survival, and sees needing nuclear weapons as necessary to secure itself in a hostile strategic environment. A North Korean first-strike against the US or its regional allies would inevitably invite an overwhelming retaliation from the US that would end the regime.

Unfortunately, some media outlets unwittingly misrepresent this context when they show maps of concentric rings illustrating the operational ranges of North Korea’s various different ballistic missiles, without explaining the strategic context in which those missiles are deployed.

For example, while Chicago and Los Angeles are theoretically in range of North Korea’s Unha-3 multi-stage intercontinental ballistic missile, so too are Beijing, Mumbai, Moscow and Darwin.

Those cities have no strategic value as potential targets for North Korea. However, non-experts could be forgiven for not grasping that from missile range maps alone. 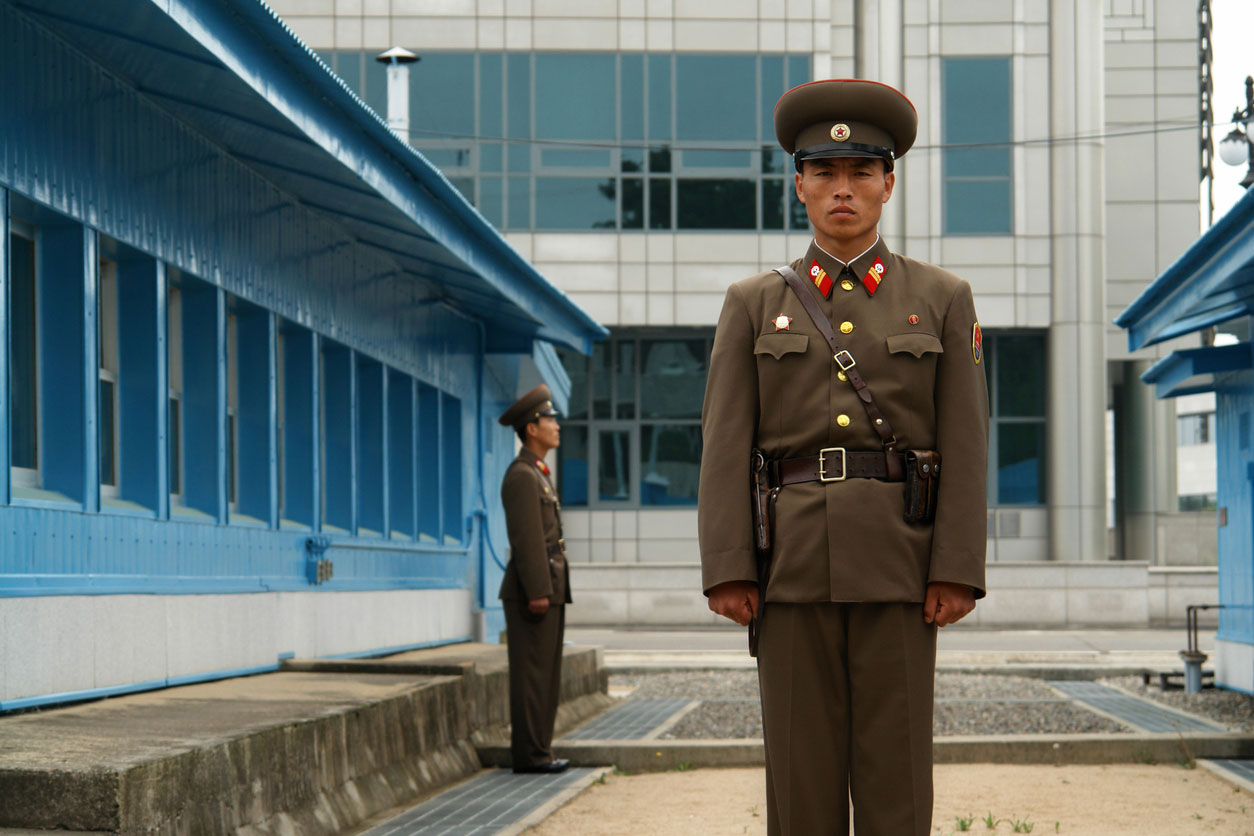 #5 Failure to look beyond the Kims

The gulag system and human rights abuses of the Kim regime are well documented. However, not everyone in North Korea is starving or in a detention camp.

The lifestyles of Pyongyang residents and those of the other larger cities is relatively high by North Korean standards. This functions as an incentive for citizens to follow the rules and do their jobs well.

There are a diversity of life experiences across North Korea, lived by ordinary people who are trying to get on the best they can in the society in which they find themselves.

Those life experiences are being reshaped by dynamic social change processes. Rather than economic sanctions, it has been North Korea’s connection to the Chinese economy that has done more to alter the life circumstances of ordinary North Koreans and the country’s domestic politics.

The continuing marketisation of the North Korean economy has created noticeable changes in popular culture and consumption habits in urban centres. These changes have been funnelled through North Korea’s special economic zones.

The supply chain networks of suppliers and clients undergirding market activities provide an avenue for social organisation outside of official social controls. The rise of a class of nouveau riche North Koreans is changing the dynamics of the nation’s economy and reshaping the relationship between the government and the people.

When we lift our gaze beyond the nuclear issue, we can identify other avenues for influencing and interacting with North Korea that could help international actors manage the nuclear threat and reduce the risk of a devastating wider conflict.