A Brief History Of The Korean War

On Friday, a leader from North Korea crossed the Korean Demilitarised Zone for the first time ever to talk denuclearisation and long-awaited peace. It was a truly historic moment, but it’s only the latest event in a complicated conflict that’s lasted nearly 70 years. Here’s everything you should know about the Korean War.

North Korea always seems to be in the news right now thanks to their aggressive threats and missile tests, the latter being the subject of many people's doomsday fears. But where could they potentially strike with the missiles they have?

The Road to the Korean War

From 1910 to 1945, Korea was under the control of the Japanese empire after a long integration process that began with the Japan-Korea Treaty of 1876. Sfter the events of World War II, however, Japan’s imperial possessions were forfeited. The United States and the USSR had to decide what to do with Korea, and they eventually opted to split the peninsula Korea rested on along the 38th parallel. The Soviet Union would handle the north, and the United States would take of the south. 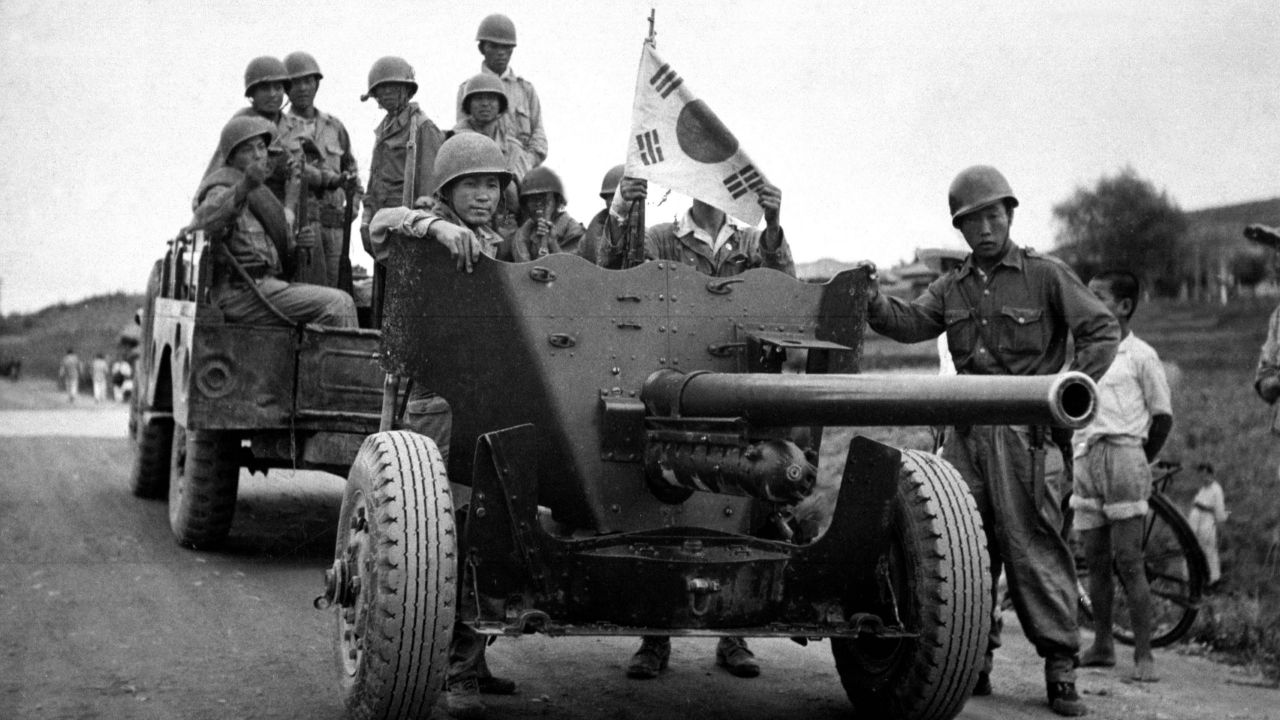 But by the end of the 1940s, the threat of communism was on the rise and the Cold War was in full swing. That, of course, brought tension to the newly formed Korean states that bordered each other.

Syngman Rhee, an anti-communist dictator in the south, and Kim Il Sung, a communist dictator in the north – who both claimed to be the legitimate governing power of all of Korea – fought along the 38th parallel with support from their allies: The United States and the USSR, respectively. Before the Korean War even formally started, nearly 10,000 soldiers were killed.

Soon, the first “hot war” of the Cold War showed its ugly face, and the United States would believe it had no choice but to demonstrate its commitment to the concept of “containment”, or the attempt to keep communism from spreading.

In response, the United Nations Security Council authorised aid for South Korea, and began to dispatch forces immediately. Overall, 21 countries contributed to the UN force, but primary support came from the United States, who provided around 90 per cent of the military personnel. 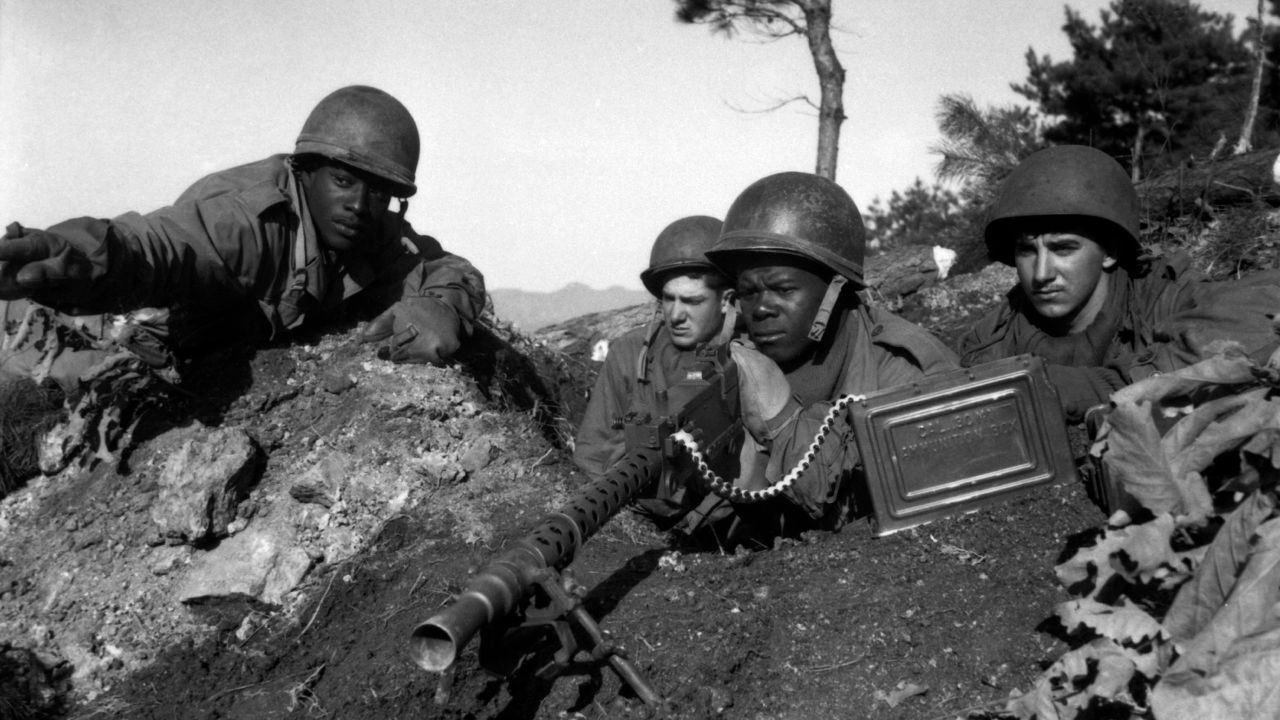 Although the US government never formally declared war, President Harry Truman issued a statement to Congress on Tuesday, 27 June 1950, declaring:

In these circumstances I have ordered United States Air and Sea forces to give the Korean government troops cover and support. The attack upon Korea makes it plain beyond all doubt that Communism has passed beyond the use of subversion to conquer independent nations and will now use armed invasion and war.

The decision wasn’t so much about quelling a Korean border dispute as it was about fighting the idea of communism itself. The US feared this was only the first step in a campaign for communist forces to take over the world – much like how Hitler’s invasion of Poland early on in the Second World War was for the Nazis.

Truman was quoted as saying, “If we let Korea down, the Soviets will keep right on going and swallow up one after another.”

What Sarin, Chlorine, And Other Chemical Weapons In The News Actually Do

Last week, the United States and its allies France and the UK fired 105 missiles - most of them Tomahawks - at Syrian targets in an attempt to prevent future chemical attacks in the Syrian Civil War. But what are the alleged chemical weapons being used? And what exactly do they do to people? Here's what you need to know.

Fortunately, after the successful Inchon counter-offensive (“Battle of Inchon“) in September of 1950, many North Korean troops were either cut off from their allies or pushed back up north.

This victory came with a surprise of its own, however. As UN forces approached the border of China, Chinese leader Mao Zedong sent troops to intervene. They crossed the border and forced the UN forces to retreat, warning the United States that coming too close to the border would trigger a full-scale war with China.

President Truman, hoping to prevent World War III, fired an overly aggressive General Douglas MacArthur, who wanted to fight the Chinese. He was let go for insubordination on 11 April 1951.

By July of 1951, the north and south began peace talks at Panmunjom, a village that rests almost exactly on the 38th parallel. Over the next two years, negotiations stalled, fighting continued along the new frontline on the 38th parallel, bombing campaigns ensued, jet fighters engaged in air-to-air combat for the first time in history, and still, neither party could come to an agreement.

An Armistice Is Signed

Finally, on 27 July 1953, both sides signed an armistice. POWs were allowed to go or stay where they liked, a new boundary was drawn just north of the 38th parallel, and a 4km-wide demilitarised zone (DMZ) between the two states was created. Despite the longstanding ceasefire, no official peace treaty was ever signed, so the war technically continues to this day.

By the time the armistice was signed, nearly five million people had died: Two million Korean civilians; 1.5 million communist forces; 400,000 South Korean soldiers; 40,000 US troops (plus over 100,000 wounded); and many more.

Hope for the Future

To this day, the Korean peninsula is still divided the way it was in 1953. It’s been almost 70 years, but the Korean DMZ is still patrolled by troops and guarded with mines and artillery. The war has yet to truly end.

But last Friday, 27 April 2018, the leaders of North and South Korea met and agreed to sign a formal peace treaty by the end of the year. That’s right: The Korean War could be finally over by 2019.

As to what made this all come together, the South Korean President said it was partially thanks to President Trump. It seems the pressure the Trump administration has been putting on North Korea with international sanctions and threats of military action helped open up a dialogue between the two Korean governments.

Neither leader went into great detail about how their goals will be achieved, although North Korea has at least agreed to shut down the Punngye-ri nuclear test site. Both parties will, hopefully, follow through this time.

This isn’t the first time similar pledges have been made – past agreements have fallen through due to North Korean missile tests – but the stars may have finally aligned.