How To Make Money Off Bitcoin And Other Cryptocurrencies 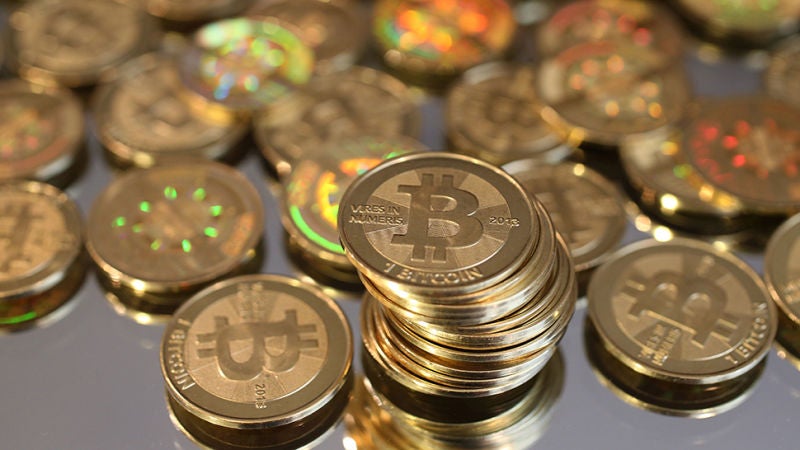 Image: Getty
With the meteoric rise in popularity of Ethereum, cryptocurrencies and blockchains are back in the news again. Graphics card prices have soared with the promise that those who have the computers and know-how to do some serious mining can take home huge sums in a Bitcoin-like gold rush to snatch up as much virtual currency as possible. But how easy is it to make your fortune in cryptocurrency? And is it worth your while getting started?

We’ve all had tech related regrets. Betamax, backing the Zune against the iPod, letting that precious vinyl collection go. No one likes living with regrets, so don’t add what you drive to that list. Stop thinking about it and just book a Mustang test drive already.

For the uninitiated, mining for currencies like Bitcoin and Ether means devoting a huge amount of computer processing power to doing accounting sums for the platforms behind them, helping to verify the accuracy of the public blockchain ledgers.

You’re essentially getting rewarded for keeping the books for these platforms, which we’ve explained in more detail here, and the rise of cryptocurrencies like Bitcoin and others has led to a flood of amateur enthusiasts jumping into the mining business — the idea of having your computer whirring away making you free money sounds almost too good to be true. 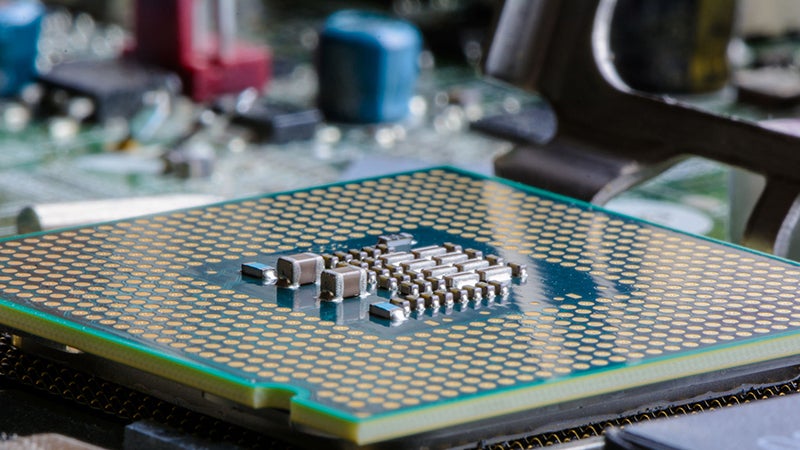 And in reality, it almost is — you can get rich from cryptocurrencies, but you need to put in plenty of work, and have luck on your side. You’re more likely to get a windfall due to market pressures than the quality of your mining rig, which is why it’s only worth a shot for the most committed and the most adventurous.

How do you mine coin

Mining for cryptocoin requires some free software tools and a dedicated rig. Turn the clock back several years and you could get away with a powerful home PC and make a few bucks. These days you can waste a weekend and a month’s wages on building a machine with four graphics cards purring away in a row and still not make a profit.

GPUs are now established as the mining processors of choice in most situations — graphics cards are even built for and marketed towards miners now — basically because they’re better at doing lots of laborious, repetitive tasks, whereas CPUs are better suited to switching between many tasks quickly. 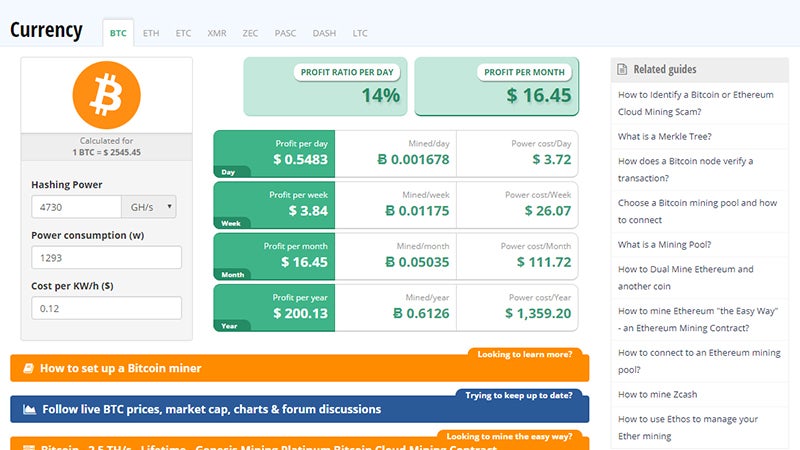 You probably won’t get rich

The trouble is, the serious players have got whole farms of these computers, and unless you’ve got a warehouse and some life savings to spare, you’re going to be lagging a long way behind. You’re up against huge foreign operations running off cheap electricity and hardware bought wholesale.

Even if you do get yourself a rig set up and find a currency with a bit of a profit margin, you’re still putting yourself at the whims of the cryptocurrency markets — mining can start or stop becoming profitably depending on a currency’s current value.

There are several profit calculators on the web that will tell you how much computing power and electricity you need to make a certain amount of cash, so you can see exactly how much (or more likely, how little) you could make. Take Bitcoin, for example, which is now just about impossible to mine profitably for average users at home — you’d need thousands of GPUs running before you’d get close to getting more back in Bitcoin than you’d be paying for electricity. 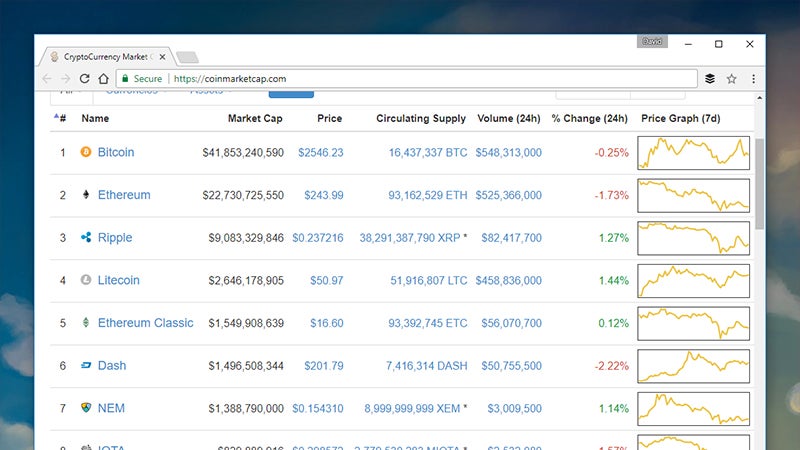 You can fork out thousands of dollars on specialised kit, if you want to, but even then you’re only going to be raking in a handful of dollars a day with Bitcoin. That of course can go up or down as the currency value fluctuates, and what’s profitable one day might not be the next if your chosen cryptocurrency dips in value, or gets some bad media coverage — that’s where the slice of luck we mentioned earlier comes in.

Other options, like Feathercoin and Ether, have a better profit potential than Bitcoin right now, with the caveats we’ve already mentioned: If you’re serious about your mining then you need to keep a very close eye on the market trends, because the situation can change on a weekly or even daily basis. A single Litecoin, another cryptocurrency, has swung from costing you between $US10 ($13) and $US55 ($72) this year alone.

For instance, a huge $US64m Ether heist carried out last year was severe enough to cause a fork in the Ethereum platform it runs on top of, and a halving in price of Ether itself — if you’ve got a powerful, expensive, cryptocurrency mining operation going on in your basement then that’s a serious hit on your profits through factors completely out of your control. Sure, a swing the other way can make you relatively rich, but it’s a risk, and the upward trend won’t necessarily continue. 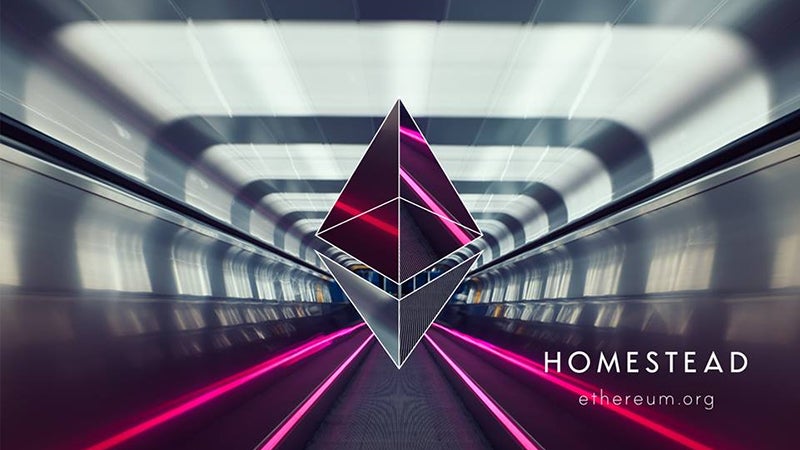 Many modern-day miners join a mining pool, combining resources with other users and getting a share of the profits, but the same risks remain. Fork out a few thousand on a mining rig, take the time to study the market trends, go through the process of setting up the programs, join up with a mining pool, and yes you can — if the prices stay buoyant and you’ve picked your cryptocurrency wisely — make a few thousand dollars a year. Whether or not it’s worth the risk and investment is up to you.

And if your investment isn’t already precarious enough, remember the scene is constantly changing: In the near future Ethereum is set to switch from its existing Proof of Work (PoW) system for extending the blockchain to a new Proof of State (PoS) system which is easier to scale and less energy intensive.

Without going too far into the technical details, it essentially makes the mining process more like earning interest on money you’ve already got: Racks of graphics cards won’t be able to generate wealth as they did in the past, which is bad news for miners looking for a profit even if it’s good news for your electricity bill. Instead, earning money will rely on staking (investing) rather than mining. 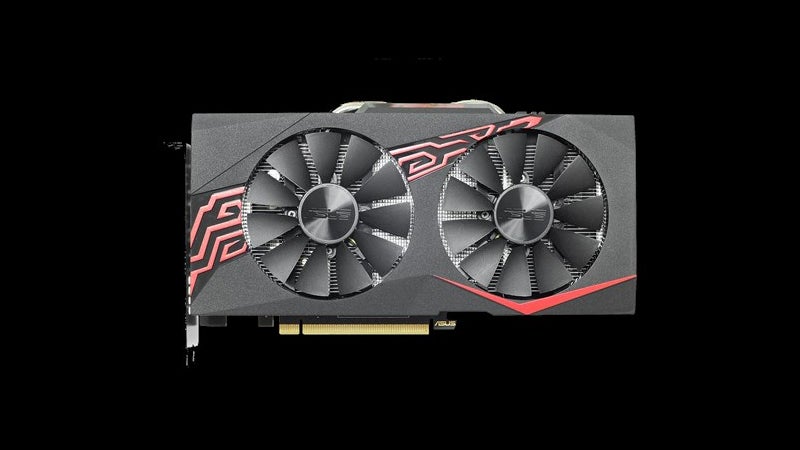 In other words, if you’re already halfway through building your Ethereum mining machine you might want to pick a new cryptocurrency… at least until the ground rules change on that one too. (Remember what we said about the constant state of flux?) And that’s really the only way to squeeze any profit out of cryptocurrency mining operations — keep moving as fast as the market does, and switch up the currencies you target as conditions change.

As soon as one cryptocurrency becomes profitable to mine, as we’ve seen with Bitcoin and Ethereum, everyone wants a piece of the action and making money gradually gets harder. It’s then time to get in early on another currency. In short, if you want to get rich (or at least make a profit), you need to pick and keep picking the right cryptocurrencies, have a serious amount of graphics processing power in hand, hope that your chosen currencies stay secure and keep increasing in value, and put in a lot of time and effort.

It’s not impossible, but we can think of easier ways to make a buck. If you’re determined to jump in and get involved in cryptocurrency mining, if only for the educational and geek appeal rather than to make any money, your best bet is to immerse yourself in one of the many mining forums out there, which will give you the inside track on the latest news and market trends.