Tough Love: How To Start Dating When You’re A Middle-Aged Late Bloomer 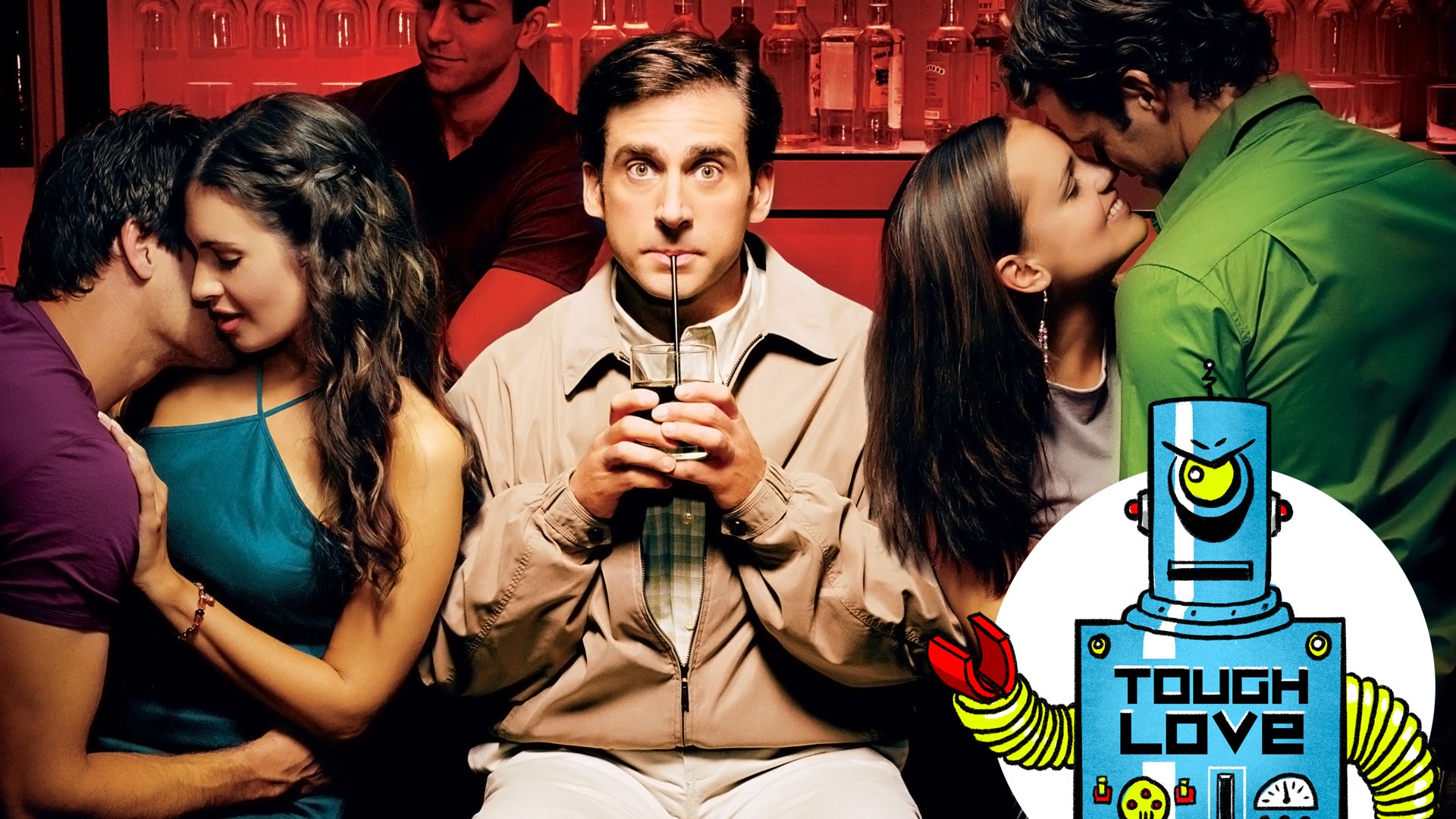 This week we have a man in his 40s who’s never been in a serious relationship, a woman struggling with her loneliness in a country she isn’t from originally, and a mother who wants to support her grown son without having to pay his way.

I’m in my mid-40’s and never dated seriously. It’s not that I don’t want to, it’s that I don’t really know how.

I had a rough childhood for various reasons, mostly I was very awkward and weird so the other kids ostracised me, and I never have had any close friends. I didn’t really ever learn how to date when I was young like everyone else and just don’t know what to do, especially when things get intimate. I don’t really meet many women to begin with, but don’t have much luck when I do try online or when I’m out.

How do I gain experience and learn to do something I should have learned as a teenager and start dating as an adult?

Stop treating yourself like some kind of weirdo. If you shame yourself as a lonely freak who’s missed the boat, that’s the energy you’ll give off to others. Stop! You didn’t feel the overwhelming urge to pursue romance before, and now you do. That’s it. You do not need experience to go get it.

Don’t let the echoes of those crappy kids colour your perspective of yourself. Everybody was taunted for something growing up. Also, for the record, not everyone learns how to date when they’re young or in their teens. Media and pop culture just make it seem like that’s the case. There are plenty of people just like you that did their own thing and didn’t pursue love until later on.

Now that you have the right mindset, make yourself someone worth dating. You need to hone some qualities that make spending time with you worthwhile. You don’t have to get fancy: You’d be surprised how far being confident, easy-going and hygienic will get you, man. Basically, your inexperience doesn’t matter if you can bring other things to the table — be it a sense of humour, a nice bod or a cute dog. Oh, and wear a nice shirt.

This Woman Is Lonely and Has a Celebrity Crush

I am a 34 year old who lives in a rural part of Colombia. I speak Spanish, English and French. I am Canadian and I am weird and amazing. Problem is, everyone around me is completely uneducated. Also, everyone here was married by the time they were 17 and have children. They want to have a relationship with me, but they all lie about their spouse (claiming they don’t have one, or that they are separated). I have gotten involved with a couple of them only to have their wives show up at my house in the middle of the night screaming that I am a homewrecker.

So, I am lonely as hell.

Currently I am fighting off a crush on Jason Silva, who I am aware I will never meet and there is no possibility of a future with. I am aware of WHY I am doing it and the fact that I am doing it, but it’s so nice to just have someone, even if they are imaginary and are unaware of my existence.

It would be extra great if it was advice on how to meet Jason Silva, but I am expecting you’ll be lame and tell me to get out of my tiny community more to meet people.

You’re right, I am going to be lame. But I’m also going to tell you to stop sleeping with people’s husbands if that’s causing you problems. Go ahead and assume everyone is married there, you know, like you said.

Anyway, about your attachment to Jason Silva (I had to Google Search this guy), there’s no harm in having a crush. You’re like Tom Hanks in Castaway, trapped on a lonely island of social isolation, and Silva is your Wilson. I picture you pausing episodes of Brain Games and kissing the screen. It’s weird, but hey, so is talking to a volleyball. We all need a way to cope with things in troubling times.

That said, this obsession of yours isn’t doing you any favours. I’m not sure why you’re in rural Colombia, but it’s obvious you’re not happy there any more. If you want something more than friendship, SilvaFan, you have to go somewhere else.

Jason Silva lives in New York City (sorry Jason). Go there and look for him, or at least someone like him.

This Mother Wants What’s Best for Her Grown Son

We have a grown son with a bachelor’s degree in theatre, and wants to be a writer. He has anxiety, depression and OCD.

Upon graduation, he wanted to get away from our red state, so moved to Oregon. He was only able to get a job at Pizza Hut, but was able to find a good counsellor, and has made progress with his mental health issues. He’s writing again some.

He’s been away for three years now. He wants to get a better job, but until lately, has been too anxious to try. We will visit in July, and would like to know how to best assist him, if we can. We do pay some of his smaller bills, but would like to stop in the future. He’s been most appreciative. Should we try to have a family meeting with the counsellor? What else would be most helpful?

It sounds to me like your son is doing a pretty bang-up job considering his predicament. He has a degree, he has a job, he’s seeing a counsellor, and he’s getting back to writing again. It’s time for him to leave the nest.

At this point in his life you need to say, “Hey son, we’re proud of you and support you, but it’s time you pay for this stuff on your own.” I’m sure it’s hard to pull off the training wheels since you know he’s struggling with things, but he has to learn how to balance on two wheels all on his own. You won’t always be around to push him along and give him a loving tap on the helmet.

Show him your love and support. That’s all. You don’t owe him anything else. Tell him however you want. He’s at a point in his life where he is going to feel lost, alone and scared no matter what, but there’s nothing you can do to stop that. Your job is to guide him, remind him that you’re there, and tell him that it’s OK to be scared and that you were scared once too.

It’s time to push him out of the nest, Mamma Bird. He’ll be fine. How do I know this? Because I’m a grown son with a bachelor’s degree in theatre, who deals with his own mental issues, and still became a writer.

Two years ago I got a domestic violence charge for punching a hole in a wall during an argument with my at-the-time girlfriend. (In Ohio that counts the same as hitting the other person). I’m one semester away from completing my associates in computer science and planned to get my bachelor’s. However I’m thinking that no company is going to hire me so why rack up more debt? What should I do?

Having a domestic violence charge will make things more difficult for you, but that doesn’t mean there are NO companies that will hire you. In the US, resources such as the National Hire Network and the Federal Bonding Program might be able to help. In Australia, employers can refuse to hire someone with a criminal record if it means the applicant would be unable to perform the “inherent requirements” of the job. A conviction of domestic violence may bar you from medical or white collar jobs, but not from other forms of employment. Also, you might be able to get your criminal record expunged at some point, so I’d look into that as well.

For now, you’re better off continuing school and showing how you’re making changes in your life for the better. If you can show you turned things around after the charge by getting your degrees, and maybe taking some anger management classes (extra ones if you were forced to take some already), employers might be more willing to overlook your past.

That said, this should be a cautionary tale for everyone else. That stuff follows you around — so think twice before you let your anger get the best of you and go all super-villain on some plasterboard.

The team that I work with for my job consists of two people, myself included. We recently had a third but he retired along with a lot of senior management and the president. I want to leave this position and I’m really hesitant because the workload is too much for one person.

How do I leave my position without burning a bridge here?

Burning a bridge? No, they built a crappy bridge and that’s their problem. It’s not personal; it’s the way business works.

If you really want to be as helpful as you can, give them a long lead time. Maybe instead of a two weeks notice, you give them four. But it’s not your fault things are being run the way they are, and you don’t owe that company anything. If you want out, get out.