datinglife lessonsloveromanceroommatessexualitytough love
Facebook may have decided that you shouldn’t see the news, but we think you deserve to be in the know with Lifehacker Australia’s content. To sign up for our daily newsletter covering the latest news, hacks and reviews, head HERE. For a running feed of all our stories, follow us on Twitter HERE. Or you can bookmark the Lifehacker Australia homepage to visit whenever you need a fix.

How To Handle A Coworker Who Dresses Inappropriately

You have problems, I have advice. This advice isn't sugar-coated -- in fact, it's sugar-free, and may even be a little bitter. Welcome to Tough Love.

This week we have a man who fell for his lesbian friend. Oh, and they’re new roommates!

There is this girl, and after we’ve been pretty close friends for a while, I realised I was attracted to her. Not wanting to just pine for her, and believing that I saw some signs for mutual attraction, I decided to ask her out. She first agreed to the date, then she wanted to wait for after the summer because she was going to be out of the country for a few months. While that wasn’t the best outcome, I thought it was best to give her space and see what happens when the summer was over.

After she got back to the country, we decided to grab a quick coffee, where I told her how I still felt about her and wanted to take her out on a date. It was then she came out to me and told me she was gay. Obviously that was a bit of a surprise, but I respect her decision and obviously understand why she doesn’t see anything between the two of us.

The issue is that while I understand this and respect her decision, and appreciate that she was willing to come out to me, I’m still very much attracted to her. As much as I don’t take this rejection personally and deeply want us to just be back to the platonic relationship we used to have, I feel like this lingering attraction I have for her is getting in the way. The kicker is that she is also a new housemate (which happened before I realised I was attracted to her), so I see her everyday at home, and that hasn’t helped me to move on. When it first happened, I thought I should be able to move on faster since there is literally nothing I can do about this, but this hasn’t proved to be the case and I’ve become pretty frustrated with myself. At the same time, I sense there is a bit of withdrawing from her side, since I don’t think she wants to send any wrong signal to me, and that frustrates me even more. Is there something I should be doing? Are my expectations just unrealistic? Am I just being impatient and time will sort this out in the future?

Now, before we continue, heed my words: If you get anything out of this, FF, you need to know that there was no “decision” here. She didn’t decide to be gay to avoid going out with you. She’s gay because she is. It has absolutely nothing to do with you in the slightest! Zero, zilch, nada, goose egg! So, the only choice of hers you should be respecting is her decision to be honest and tell you something so personal. Capeesh?

Anyway, you’re still into her despite what she told you, and you also happen to be living with her. Oof. First, I’d suggest you look around you and see if you can spot any bad lighting, multiple cameras or a studio audience, because you might be trapped in a sitcom. If that isn’t, you’re in a situation you’ll just have to wait out. Here’s the hard truth (you ready?): You may always be attracted to her. That might not ever go away. But you can’t be with her Frustrated Fella, and there’s no need to be frustrated with yourself. This was all a basic misunderstanding that is getting blown out of proportion by your emotions, dude. Remember, this is probably super weird for her too. The more awkward you make it by avoiding her and acting all frustrated about the situation, the more uncomfortable she’s going to feel around you. I mean, of course she’s going to withdraw if you’re being all sad and pining around her!

But while you wait for this to blow over, FF, there are a few actionable things you can do to speed up the process. Start by getting your relationship back to normal as best you can. Strike up simple conversations about day to day things, or talk about stuff you two used to talk about a lot. Avoid talking about this snafu if possible, but if it does come up organically, say it was stupid and that you’re sorry you made it so awkward. If you want things to go back to the way they were before, you have to act that way. The other thing you can do is jump back into the dating pool. If you want to move on, you kind of need to move on, you know? Join an online dating service, hit up the bars or clubs if that’s your thing, or go talk to some single straight girls at a local event. Your friend might feel less awkward with you if she sees you going on dates. 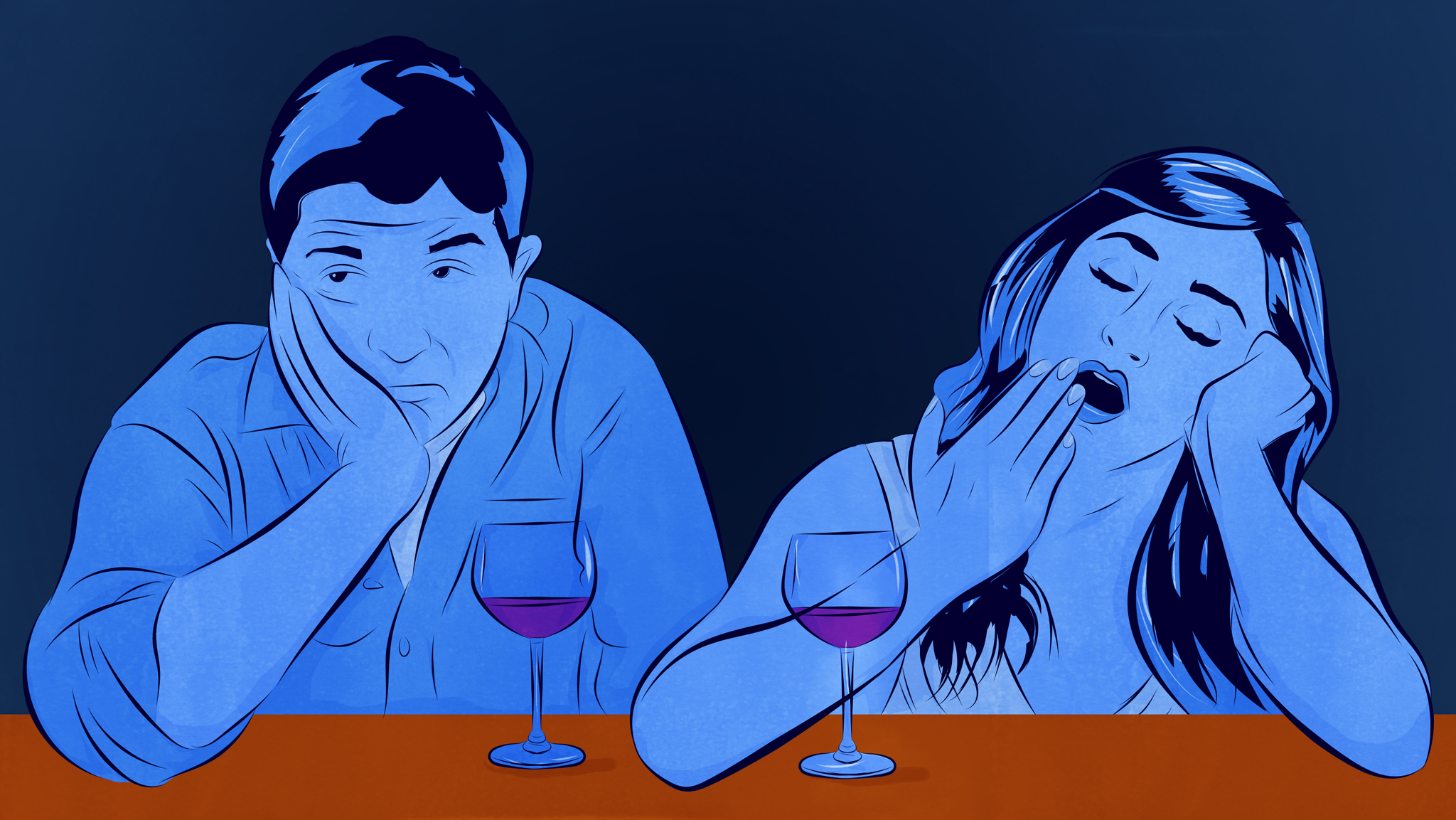 The Worst First Date Mistakes And How To Bounce Back

Online dating has made meeting people easier than ever, but that also means one little mistake can mean the difference between a second date and someone moving on to the next match. From forgetting your wallet to going in for the kiss at the wrong time, a first date is a minefield. Here are some common first date snafus, and how to recover when they happen to you.

You’re stuck in this rut because you want what you can’t have, Frustrated Fella, yet you have to see her every day. Change your environment a little, focus on what you can have, and look back at all of this as a funny story. You’ll be fine — she isn’t “the one”. If she was, she wouldn’t be a lesbian.