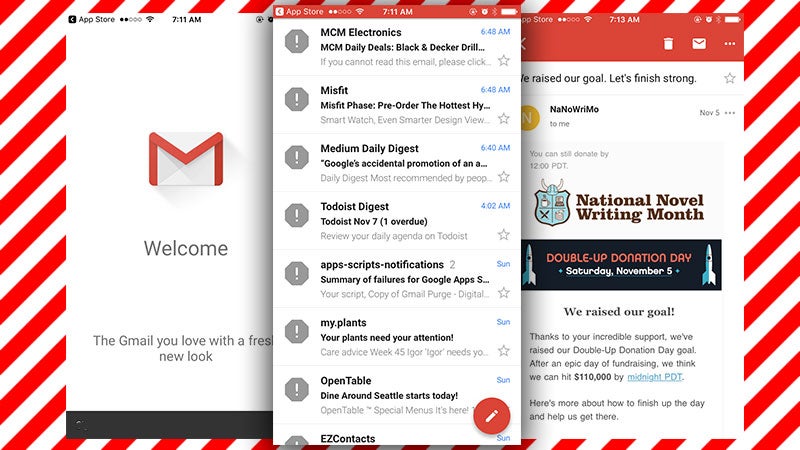 iOS: Google’s pushed out a long overdo update for its Gmail app on iPhone with a bunch of new features. It’s now all in on Google’s Material Design, and brings a few features Android users have had for a long time.

The new look is the first thing you’ll notice, but along that comes some speed improvements. The app’s much quicker than it used to be and looks better doing it. Feature-wise, you’ll finally get Undo Send so you can prevent accidentally sending emails, an improved search bar that shows instant results, and swiping to archive and delete emails has finally been added to the inbox. If you’ve avoided the official Gmail app because it wasn’t much more than a rough rendering of the mobile site, it’s finally worth at least a look now.