Twitter Now Lets Anyone Collect Tweets Into Moments, Embed Them In Web Pages 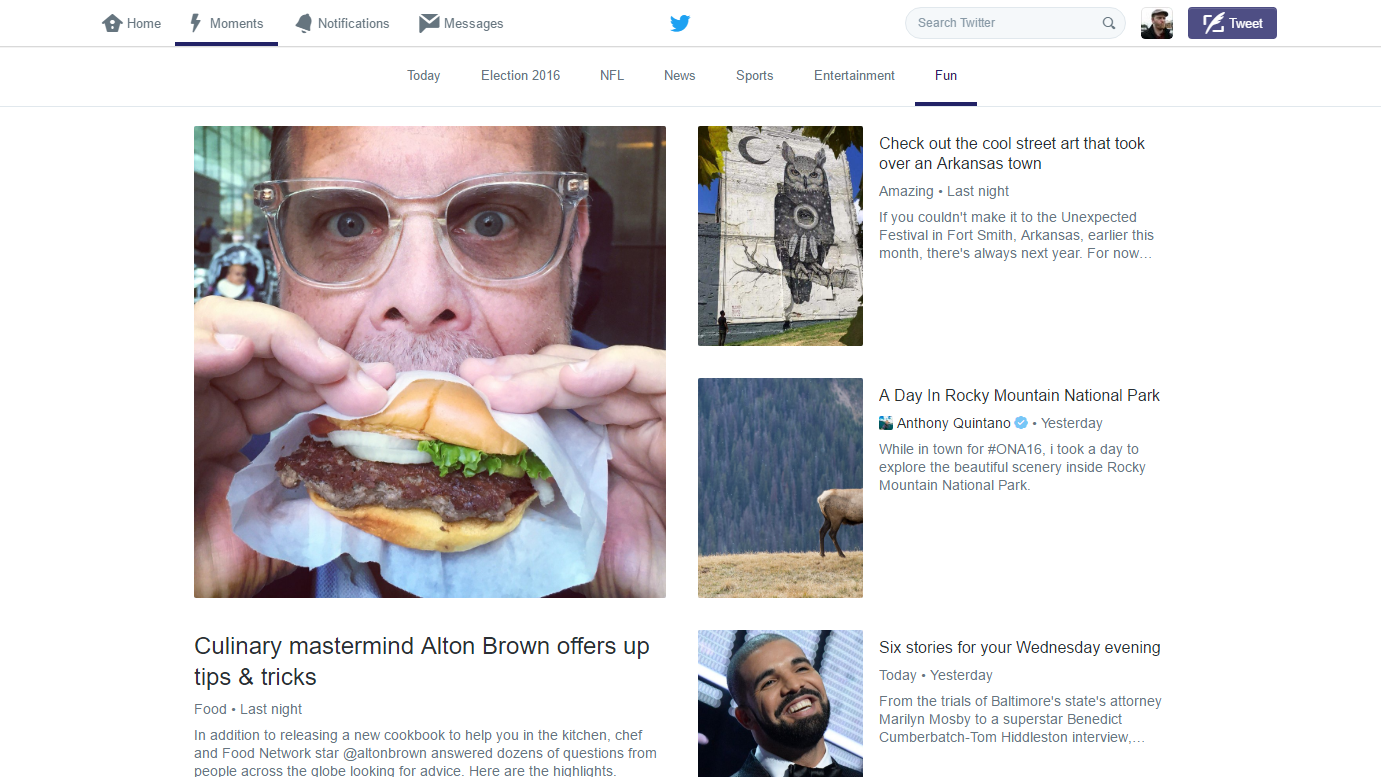 Twitter Moments isn't necessarily one of Twitter's most popular features (then again, it's not the worst either), but they're getting more interesting today. Now, any user can collect a group of related tweets and share it as a single Moment. Moments, for those who keep ignoring that tab in the Twitter app, are collections of related tweets that are put together to give you broader context for a story. In concept, they're pretty neat. In practice, Twitter only allowed certain companies to create them, and they were hard to browse. So most people ignored them.

Now, Twitter's rolling out the ability to create Moments to everyone. Moreover, you can now embed them in web pages, so it's much easier to share a group of tweets together. This is much more in line with how Twitter is already used: By individuals sharing what they find, both on and off Twitter. It's still a little outside the immediacy that makes up Twitter's bread and butter, but at least it might be something that's useful enough for average users.

Twitter opens its Moments feature up to everyone [The Verge]