Discord is a newcomer to the chat scene, but it’s made a big splash. The app provides voice and text chat for groups, with an emphasis on gaming. However, it’s so sweet that I’ve already started using it for everyday chat. If you’ve ever used Slack, Discord will feel familiar. It builds on some ideas Slack uses that people love like organised channels and built-in text commands, plus dead simple group voice chat. Of course, you don’t have to game with it — I use it just to chat with a group of friends instead of something like Skype or Facebook Messenger — but it has a few features that are helpful while playing games. Here’s an overview of the core features Discord offers:

More than anything, Discord solves a lot of the little annoyances that make other apps such a pain to use. You don’t have to install an app if you don’t want to. You can sign into a server with just a link, instead of passing around complicated server and password info. Plus it just looks nicer than most alternatives.

Setting Up a Server Is Crazy Simple

One of the absolute best features of Discord is how easy it is to set up a new server. To demonstrate this, here is the entire process I had to go through to create a Lifehacker Discord server: 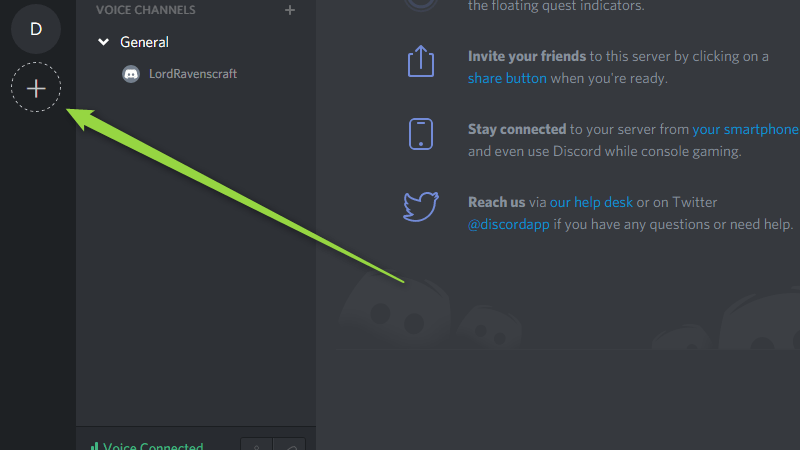 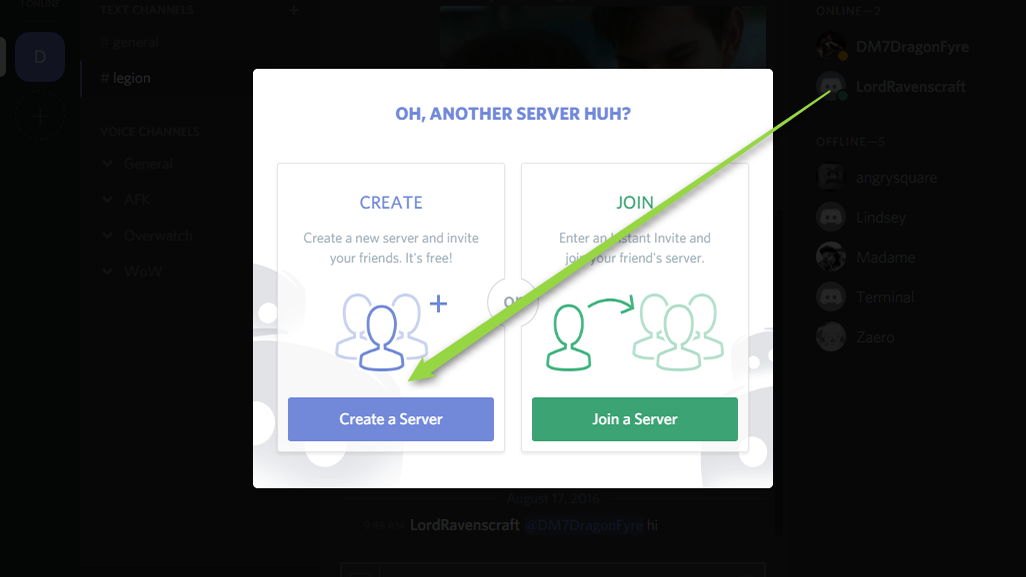 …then name it and you’re done. 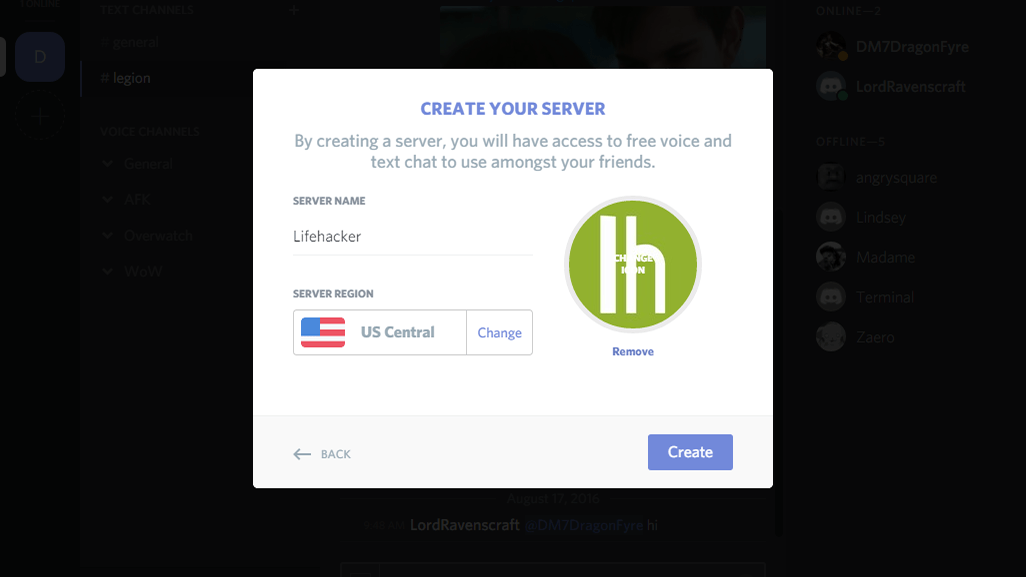 That’s it. No installing server software. No messing around with sockets or ports. It took longer to take screenshots of the process than it did to create the server itself. Once your server is set up, there’s a big “Invite Members” button on the right-hand side of the app. Click that and Discord will generate a self-destructing link you can use to add new members for the next half-hour.

You can also customise the invite links to limit who can get in. You can change the expiration timer to anywhere from 30 minutes to a day after it’s created (or never, if you prefer). There’s also an option to limit the link to a certain number of uses, up to 100. If you only want to invite someone as a guest, you can give them an invite that will automatically expire and boot the user after they disconnect from the server the first time

Voice Channels Are Powerful and Easy to Use 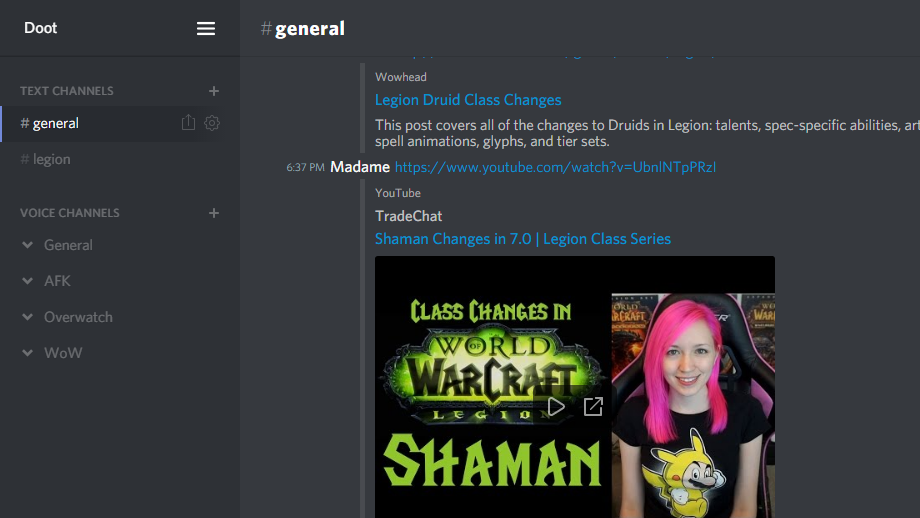 Voice chat is the main event in Discord and the app does it incredibly well. When you first create your server, you’ll be in a default General channel. You can create as many channels as you need for different tasks. For example, on my gaming server I have a separate channel set up for Overwatch, World of Warcraft, plus an AFK channel. Discord also gives servers admins a ton of useful management features:

Discord lets you choose between push-to-talk or voice activated modes for audio chat. If you choose voice activated mode, you can further customise what volume level the app needs to detect before it will transmit your voice. In my experience, it only took a few seconds to set up but it worked flawlessly afterwards. 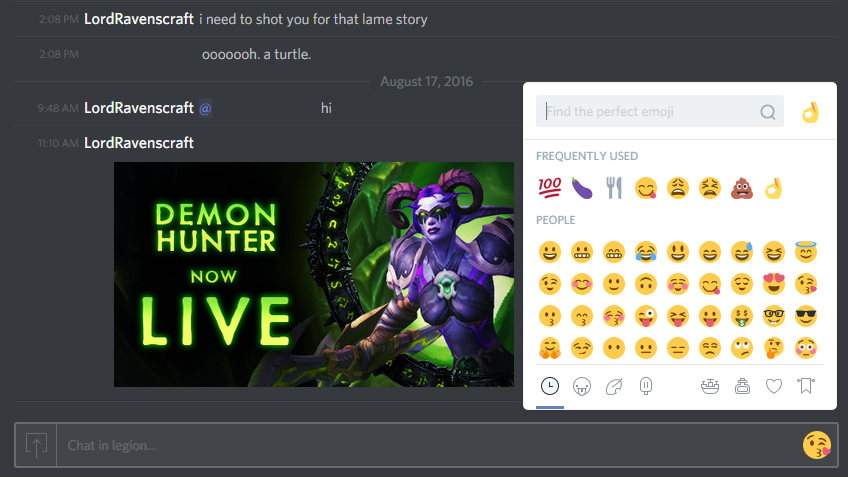 If you’ve ever used Slack or IRC for group chat, Discord will feel pretty familiar. You can create and join channels in the [#channelname] format. You can upload images directly to Discord to share them with everyone in the channel and search for emoji directly next to the chat box. You can even use some slash commands like /me.

Discord doesn’t have quite as many bells and whistles as Slack or IRC, but the commands it does have are awesome. Here are a few of the big ones:

Most of the slash commands are just for fun, but they help flesh out an already powerful chat application. Discord is primarily aimed at voice chat, so it would be easy to neglect text-based channels. Fortunately, it doesn’t.

Discord Combines the Best Elements of Skype, IRC and Slack 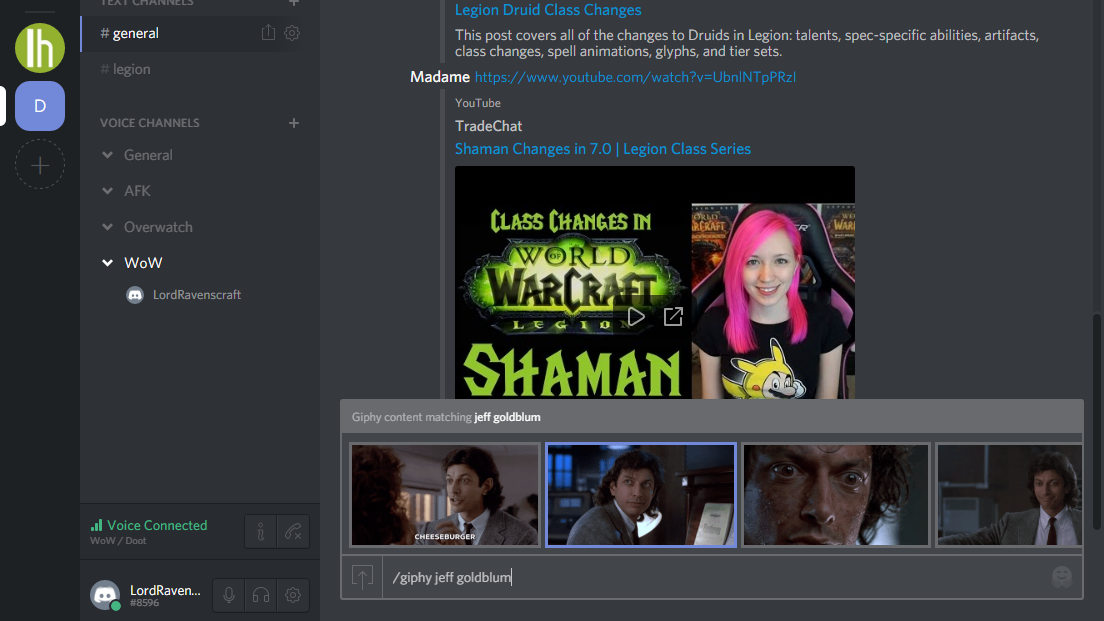 For many years, the best way for PC gamers to get on group voice chats have been either Ventrilo or TeamSpeak. Now, I dread the days of going back to those apps. Discord does many of the same things with way less hassle and the added benefit of a robust chat app built right in. It’s easier to set up than Slack and more intuitive than Skype for large group chats.

Discord isn’t the perfect app for every situation. Its heavy focus on gaming means it might not have the advanced features that, say, a business might need for a conference call. However, if you’ve ever wrestled with an annoying chat system while trying to get a group together for a chat on your PC, Discord is a breath of fresh air.