You Can Now Share Your Smartphone Screen in the Discord App

Discord has finally added screen sharing to its Android and iOS apps. You can now share your mobile device’s screen with up to 50 others in voice channels or video calls.

Discord is primarily marketed as a gaming-focused app, so the ability to share your device’s screen with others thus carries obvious appeal for its users; you can stream gameplay from your mobile device or show your D&D group a map of the dungeon they’re in, for example. But there are plenty of non-gaming uses for screen sharing, too.

Many people use Discord as a free alternative to telecommuting apps like Zoom and Slack, which means you’ll now be able to share a presentation from your iOS or Android device while in a voice or video meeting. It’s also a way to easily share photos, videos, or other media with your loved ones if they also use the app. Here’s how to do it.

To get started, update your Discord app or download the latest version from Google Play (Android) or the Apple App Store (iOS). Discord is rolling out the screen-sharing feature, so it’s possible you might not have access to it immediately. If that’s the case, don’t despair; you shouldn’t have to wait long to get it. 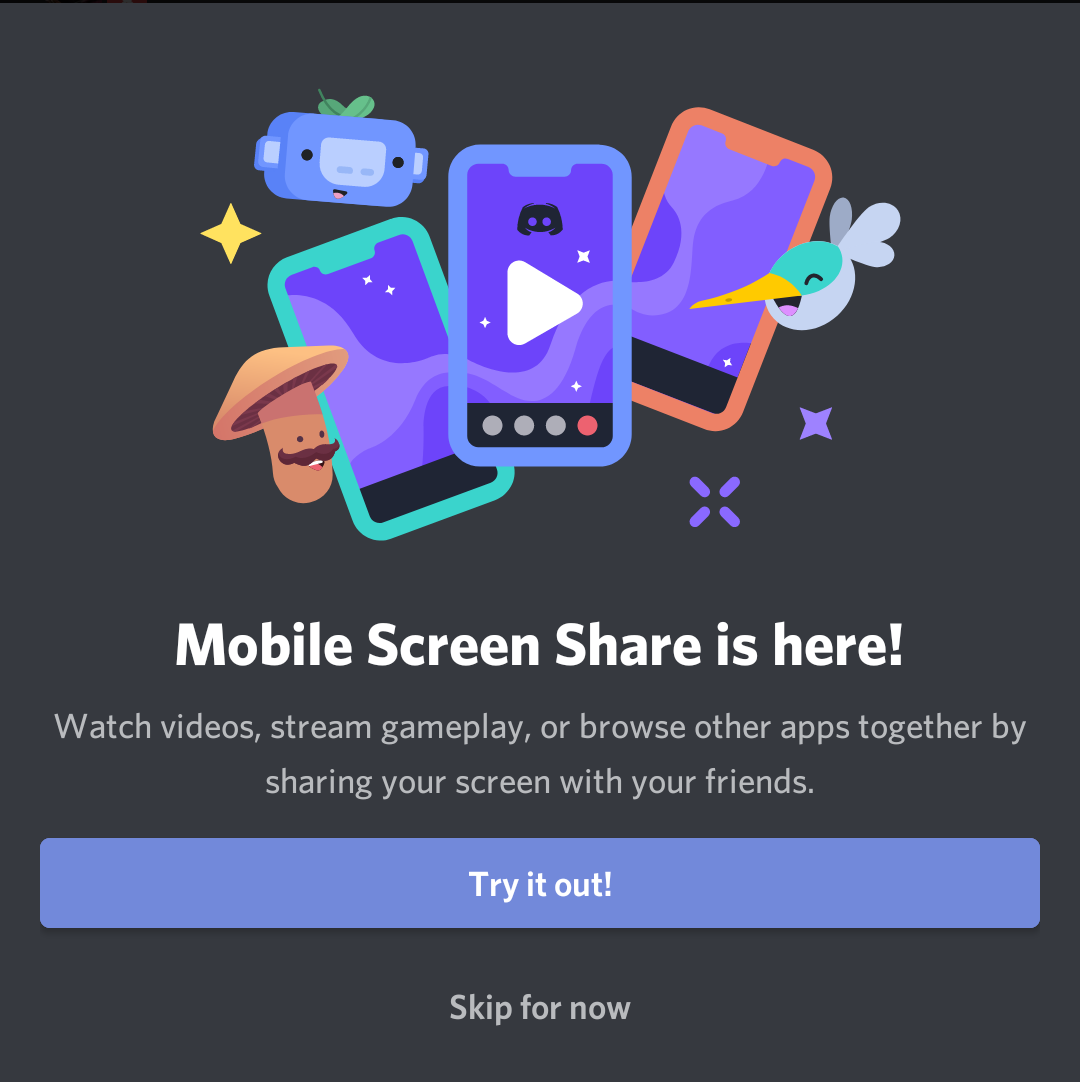 Keep in mind screen sharing lets your viewers see everything displayed on your phone or tablet’s screen in real-time (unless an app doesn’t allow screen sharing access). While that will make watching YouTube with your Discord a group much easier, it also means everyone will see your notifications or other potentially sensitive material if it is visible on-screen. Make sure you close any apps you don’t want to accidentally swap to and turn on Do Not Disturb mode to silence notifications before sharing.