A Four Step Plan For Dealing With An Angry Coworker 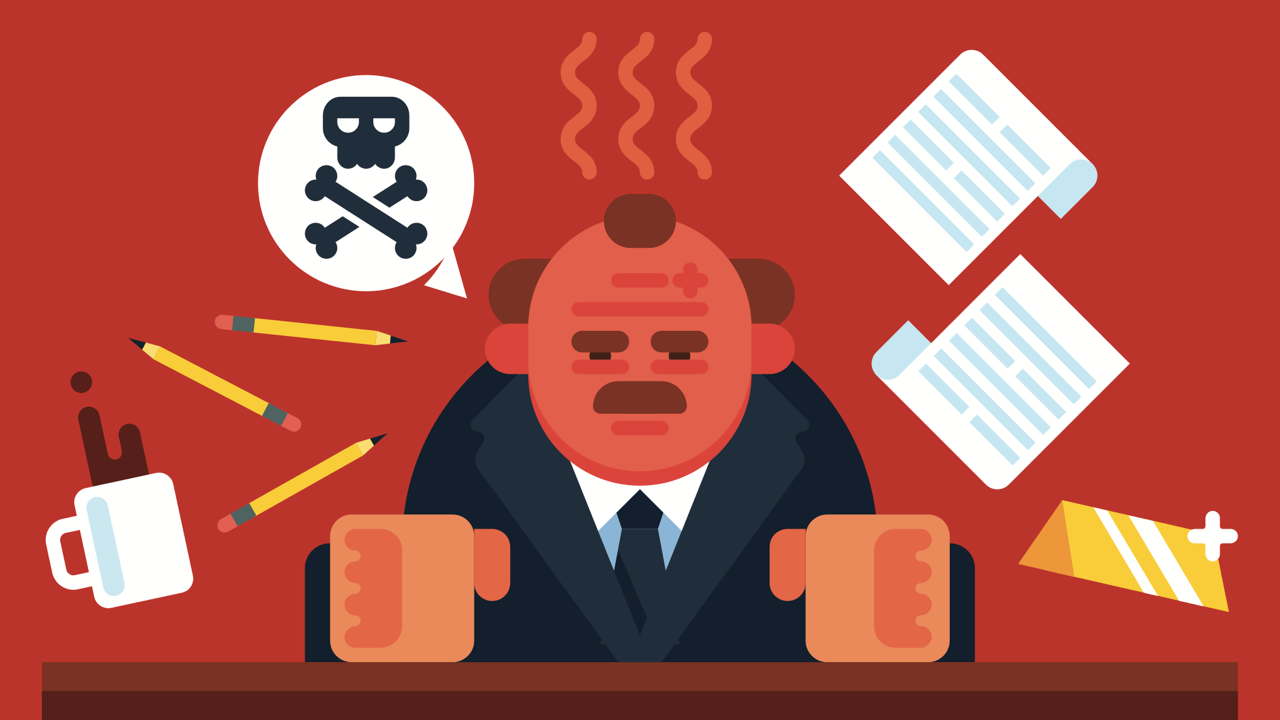 It's Tuesday morning, the alarm on your phone goes off and you can't help but look at the first email in your inbox. You read the first few words and begin to worry: Is your boss mad? You keep reading, and it's true — she's really steamed.

Luckily, there's a simple four-step plan to win over someone who's angry in a professional and simple way.

First things first, you should be able to answer the question: How exactly does he or she feel? That's because one of the most common mistakes people make is to immediately go on the defensive. You know the habit of making up excuses as to why you shouldn't be blamed, right? Don't go there.

Instead, pause for a moment and realise that the other person's experiencing an emotion. So, if you just dismiss it by saying it's not your fault, you're invalidating how he or she feels. What you want to do is demonstrate that you empathise with the situation and that his or her feelings matter.

In order to do that, you need to stop and visualise — imagine what it's like to be in the other person's shoes. Let's say your co-worker feels that you threw her under the bus in front of your boss. Ask yourself: What's going through her mind? Perhaps she's still coming back from a tough performance review and feels like she's on thin ice, or maybe she feels like her contributions are regularly overlooked. When you begin to visualise how someone else is experiencing something, you'll be much better off genuinely expressing empathy.

Next, use some of the emotions from the scenarios you visualise to craft a message that acknowledges what the other person is going through. Start the sentence with "you" rather than "I." Look at how differently these two approaches come off for similar situations:

Original Approach: "I know you're frustrated but [insert excuse]..."

New Approach: "You probably feel really frustrated, and I can see where you're coming from."

Original Approach: "That was not my fault"

New Approach:" "You're upset, I totally understand. You probably felt that [insert scenarios from visualisation]."

Now that you've imagined how the other person feels, take it a step further and consider why this happened.

Along with empathizing, another way to make your response sound less like an excuse is to add some context to the situation so the person has a higher-level view of why something occurred. Nine times out of 10, I vote for full transparency because it helps engender a relationship of trust and camaraderie. Personally, it has always helped me when dealing with conflicts at work.

You can choose the degree of transparency you want to set, but the spirit of this principle is to answer the question "Why did this happen?" as honestly as possible. By providing a reason, you're much more likely to gain compliance.

In a classic experiment by Harvard psychologist Ellen Langer, subjects asked to cut in line for the copy machine. They tested whether giving a reason as to why they were cutting would make any difference.

In some situations it may be worthwhile to apologise, but it can vary. If you were clearly in the wrong (like when you show up late, dismiss someone's idea, or forget to do something), then own up to it and apologise.

If there's no fault to bear or it's ambiguous (like if you miss a video call because the internet went out throughout your office building), then make your best judgment call. Don't default to apologizing unless you mean it and you were really at fault.

Using a similar example from Step 2, let's suppose you missed an email that had some edits to a PowerPoint you were going to present, because you were so busy preparing. It wasn't entirely your fault. You wanted to practice before making the presentation, so in the hour leading up to it you didn't check your email. Nevertheless, he's upset his edits didn't make it in. You might say something like:

"You're probably frustrated that your changes didn't make it into the presentation and I totally get that. But I was so focused on nailing the presentation I didn't check my emails an hour before since I was practicing. Your suggested edits were great. Next time let's setup a 15-minute meeting before the presentation to make sure we're on the same page."

The best way to conclude and move forward is to explain the best next steps to resolve what's going on. If you're dealing with an angry customer, you may want to explain steps your company is taking to ensure a snafu doesn't occur again or propose a follow-up meeting. In the example of your friend's resume, you could suggest other ways you'd like to be helpful in her job search.

Ending your response in this way closes the loop. Humans crave closure. Social psychologist Arie Kruglanski defines it as "cognitive closure" or the need to find a firm answer and distance ourselves from ambiguity. Studies have shown that deadlines and environments that are in-flux (i.e., the workplace) increase our need to have "cognitive closure" making it even more important to close the loop in work-related scenarios.

What if there are no tangible "next steps?" Sometimes it helps to just give people a forum to vent or complain, so in this instance, it's to let them know they're heard. One way to do this is to offer to pass concerns on to your manager, or if it's your boss who's annoyed, to offer to check back in on the specific complaint and make sure you've made the requisite changes.

Dealing with an angry person can be really intimidating. By following this four-step process you can empathise, take accountability and turn it into an opportunity to strengthen a relationship. Mistakes happen, it's a part of life. What sets trusted people apart is how they handle situations when these slip-ups do occur. Assuming it's not a huge crisis, you'll be remembered for the way you reacted, rather than for what initially happened.