The most dominant theory about why people laugh at each other also happens to be the meanest theory. It's called the superiority theory of humour, and it goes all the way back to the classical Greeks.

Aristotle insisted that we laugh at the ugly or the stupid to express the joy we feel that we're better than them. Socrates added that we also laugh at those who are delusional about their own abilities, because we flatter ourselves that we're more clear-sighted. Thomas Hobbes claimed that laughter was a moment of "glory", in which we feel ourselves to be above other people.

The Philosophy of Superiority

There are a lot of obvious cases for the superiority theory. It includes not only lots of different kinds of jokes, but different versions of the same joke. People throwing around pies can make us laugh because we feel better than the victim — but if there are pies flying all over the place, we feel better, and more dignified, than the throwers as well.

This can also explain the knee-jerk laughs that we get for the unplanned humour we see every day. This could be why we laugh at people falling down suddenly, or banging their knees against low-lying tables. They make us feel graceful. (Unless we constantly are them. In which case we just burn with resentment at the whole world.) Fans of this theory claim, like Hobbes, that every joke is an example of superiority through humour. Even jokes that are about wordplay are meant to tickle people's senses of their own cleverness and allow their differentiation from the main body of people. Superiority can also make people laugh, meanly, at things that aren't technically jokes at all.

This is what many people are scared of, when it comes to humour. Carrie is spot on, in terms of psychology, when it comes to pointing that out. Being laughed at by a group embodies our worst insecurities about ourselves. Suddenly, everyone in a room independently realises that we are less worthy, and makes it known. Carrie's most wrenching scene isn't any of the gruesome deaths. It's the scene in which a room full of people see an opportunity to show sympathy and put themselves on the same level as Carrie — or laugh, and show that they're superior. And they instinctively choose laughter.

There's no doubt that the superiority theory of humour explains plenty of jokes. People like feeling good about themselves, and if that feeling comes packaged in wit, so much the better.

One study even tested the concept. The conductors of the study had people read jokes regarding the differences between Canada and America. (I know. Edgy.) Pro-Canada Canadians enjoyed the jokes which showed Canada favourably far more than they liked the pro-America jokes. Pro-American Americans didn't care for their country being disparaged but did like the jokes that mocked Canada. So, clearly, few people have the ideal of a sense of humour which allows them to enjoy a joke based purely on its intellectual inventiveness and well-crafted phrasing. 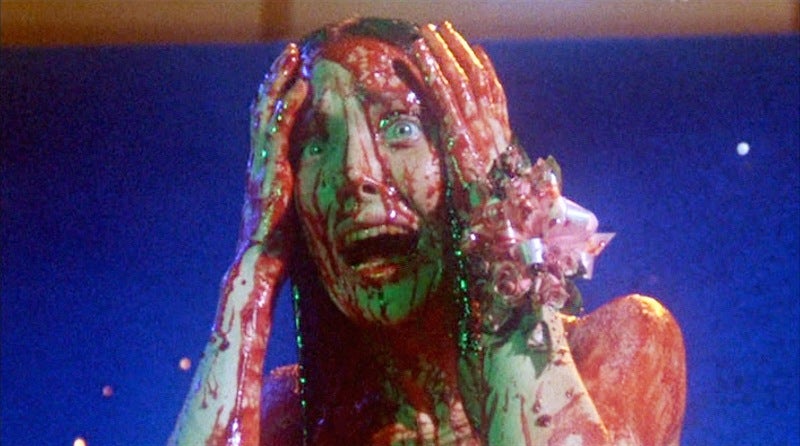 That doesn't necessarily mean that most of our humour is meant to separate the elite from the plebeian. If that were the case, the high-achievers, with their dazzling careers, loving families and piles of wealth would never stop chortling decorously at the rest of us from behind a scented handkerchief designed to keep our stink out of their noses. A study done in two different hierarchies, healthcare offices and business offices, found that "high status individuals were integral parts of the humour network and enjoyed no particular humour monopoly". People don't laugh along class lines. At least not at the office.

Then again, an elevated class doesn't necessarily mean bullet-proof status when it comes to humour. Most comedies are about underdog protagonists. Some of the humour has us laughing at the heroes, and some has us laughing at the heroes' antagonists. Despite having laughed at both classes, we still identify with the heroes, not the villains. So humour might be a sort of superiority-in-disguise. Used one way, it shows that someone is of inferior status and makes the laugher feel superior to the subject of the joke. Used another way, it's a way of gaining status and making the laugher feel included in a privileged group, and superior to others.

Or it's just a laugh. What do you think?