Why Your Fake Laugh Doesn't Fool Anyone 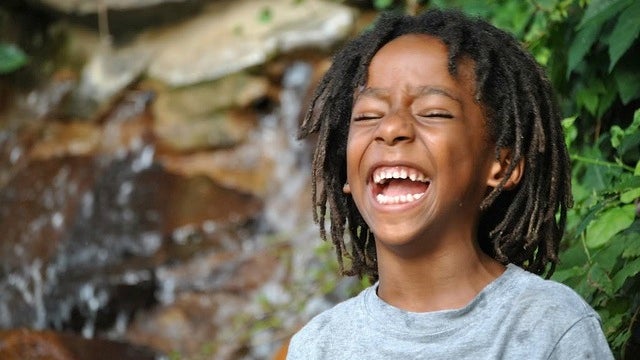 Sometimes you laugh because something is genuinely funny; sometimes you just do it to be polite. But fake laughter is very different in tone from real laughter, and most of the time, people can tell the difference.

Generally, people can tell the difference between a phony, polite laugh and a real one. That's because fake laughter is actually controlled by a different part of our brain than real laughter.

Researchers at a vocal communication lab at UCLA tried to see how well people could tell a real laugh from a fake one, and they found that 70% of the time, subjects could tell the difference. Researcher Greg Bryant says it's because a fake laugh is actually produced with a different set of vocal muscles, and those muscles are controlled by a different part of our brain. He explains:

The result is that there are subtle features of the laughs that sound like speech, and recent evidence suggests people are unconsciously quite sensitive to them. For example, if you slow down a "real" laugh about two and half times, the result is strangely animal-like. It sounds like an ape of some kind, and while it's hard to identify, it definitely sounds like an animal. But when you slow down human speech, or a "fake" laugh, it doesn't sound like a nonhuman animal at all — it sounds like human speech slowed down...

Genuine laughter is less deliberate. We learn to laugh before we even learn to talk, Bryant explains. It's an instinctive thing. Real laughter is triggered by emotion. Speech is more controlled, and so is laughter without a true emotional trigger.

Other people can usually pick up on this difference, Bryant says. Next time you hear a joke that's not funny, you might consider ditching the obligatory laugh and just giving a polite smile. Chances are, you're not fooling anyone.

What's the Difference Between a Fake Hahaha and a Sincere Guffaw? [Zocalo Public Square via Time]