History is full of evil dictators, and while the had their share of bad qualities, it’s undeniable they were efficient at getting things done. Here’s what we can learn from them, despite their evil nature. Illustration by Dominick Rabrun

Dictators manipulate people when their willpower is weak, they get rid of close friends, and they give rousing speeches that can convince people to do just about anything. Here’s six things, both good and evil, we can learn from the ways dictators have handled situations.

Force Difficult Decisions on People When Their Willpower is Weak 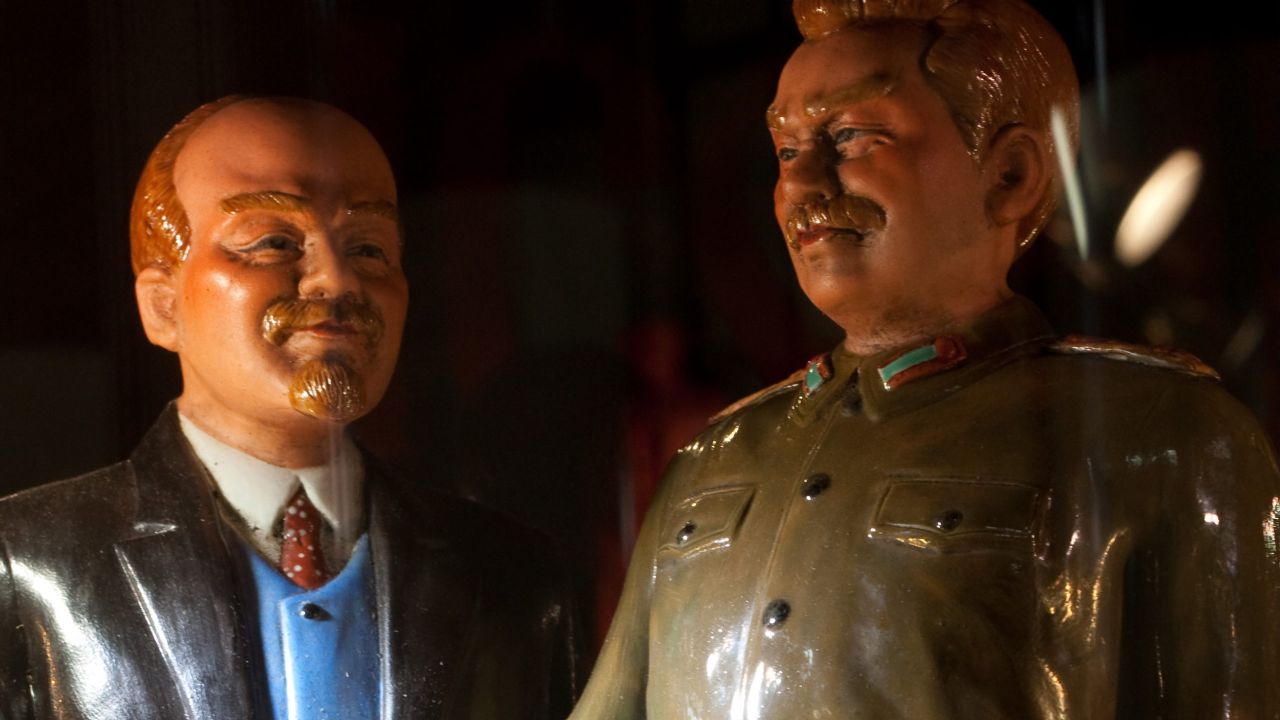 As we’ve talked about before, working when you’re tired and when you’re suffering from decision fatigue leads to poor decision making. A good dictator knows exactly how to exploit this.

Cuban dictator Fidel Castro loved 4am meetings where he’d often get people out of bed so he could put them at a distinct disadvantage. Russian dictator Joseph Stalin would also use this tactic, even meeting Winston Churchill late at night to draw up plans to attack Germany.

How you can use this: In both of these cases, the idea is to catch your enemies (or allies) when their willpower is low and they’re willing to do anything to work with you. On the flipside of this, it’s a reminder that decision fatigue is real and easily exploitable by anyone for a variety of means — so whenever possible, avoid those 4am meetings with your boss (or give yourself enough time to wake up beforehand). 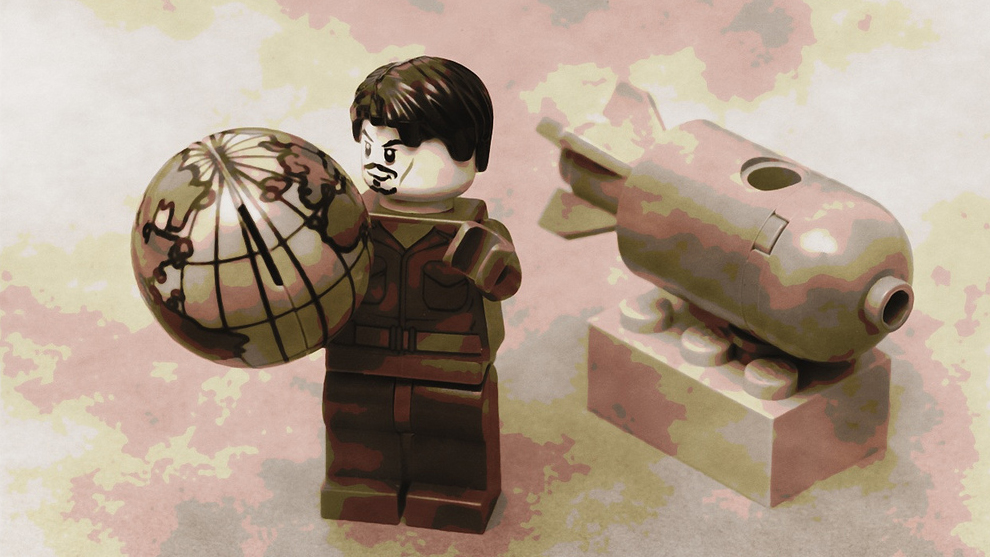 Popularised by Joseph Stalin, the Five-Year Plan was an economic plan that sought to bring about a specific end goal like industrialisation, lower unemployment, and general readiness for possible problems. On top of being embraced in Soviet Russia, the idea of a Five-Year Plan was used in The People’s Republic of China, Cuba, Pakistan, Vietnam, and others.

How you can use this: While your five-year plan will likely be less ambitious than most dictator’s, the idea itself is still a solid one. In fact, we’ve talked about making a five-year financial plan before, and “where do you see yourself in five years?” is a popular interview question you should have a response to.

To figure out what you want, and how to work towards those goals, financial blog The Simple Dollar recommends you create a Five-Year Sketch:

Here are some elements to think about when making this sketch:

What will you be looking forward to?

I encourage you to try to write down at least ten traits for each of these questions that describe the way you’d like your life to be in five years.

Planning ahead five years is a great way to figure out what you want, and how you want to get it. We’ve shown you how to prioritise those goals with a hierarchy, how to fight back when your brain stops you from achieving goals, and even how working towards your goals in public can help.

Purge Threats to Your Power 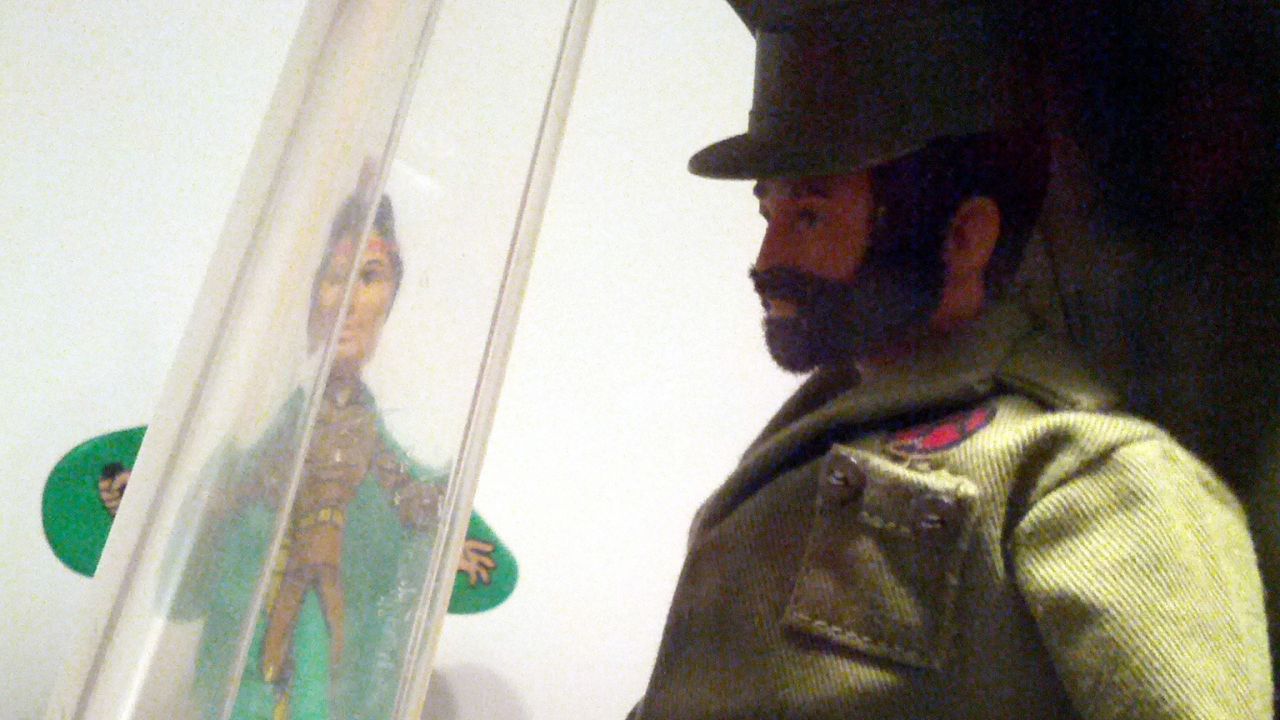 In order to hold onto power, a dictator often needs to get rid of threats. This means purging your closest friends and advisors when they get too close to you or you feel like they want your power. The threat alone makes those outside the circle vie for power and attention, while the inner circle is stuck sucking up to you.

Nearly every dictator uses this tactic to some extent, but Fidel Castro and Peru’s Alberto Fujimoro were especially good at it. As Steven Levitsky points out in the Journal of Democracy, Fujimori is most famous for his self-coup in 1992 where he closed Congress, suspended the constitution and got rid of the judiciary so that he could take control.

In their book The Dictator’s Handbook: Why Bad Behaviour is Almost Always Good Politics, authors Bruce Bueno de Mesquita and Alastair Smith outline this idea as “Rule 1: Keep your winning coalition as small as possible.”

Fidel Castro was legendary at this. After the revolution in Cuba was a success, 12 of his 20 ministers had resigned (or were ousted). This included Castro’s fellow revolutionary Che Guevara. Castro sent Guevera to Bolivia for a mission in 1967, then cut his funding and left him stranded there because Castro saw Guevera as a threat.

How you can use this: If someone is challenging your authority, the easiest way to deal with it is to get rid of the person in question. Be careful and keep an eye out for anyone gunning for your position. On the flipside, if you’re looking to move up in the ranks, you’ll either want to be extra nice to the person who’s job you’re gunning for, so they don’t feel threatened. Alternatively, you could try to get rid of them before they get rid of you, but that’s much riskier (and not as nice).

Embrace Your “Cult of Personality” 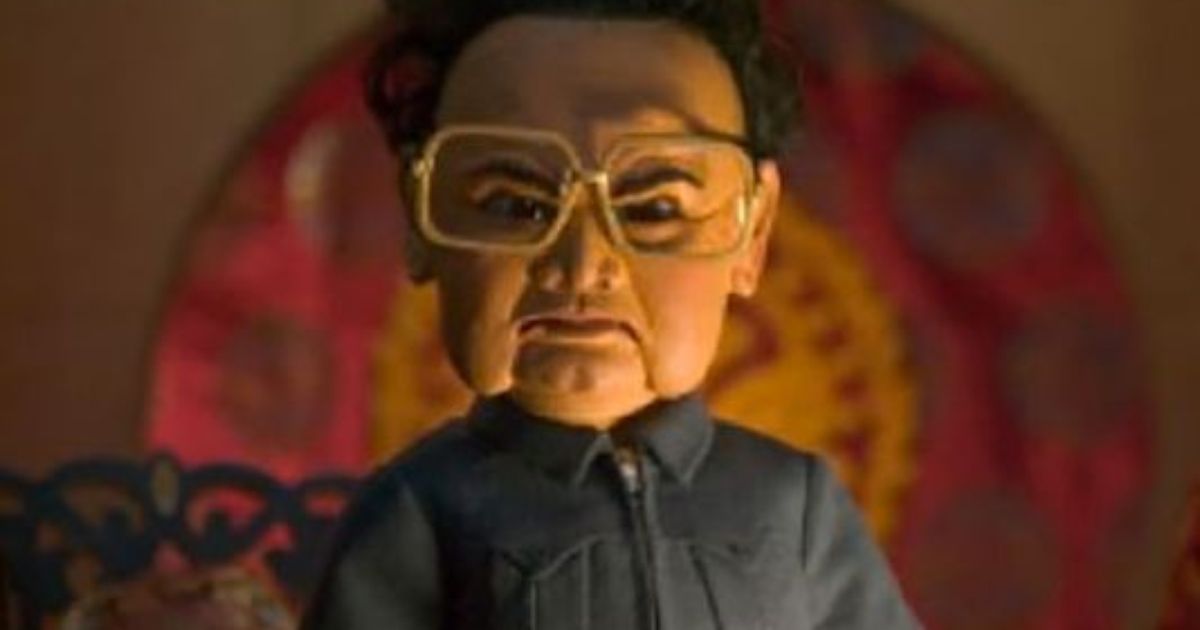 The cult of personality is a well-known dictator trick. The idea is to present yourself as the most amazing thing possible. To do this, dictators would pick up ridiculous habits, plaster their photos all over the country, or even give themselves nicknames.

The most prominent (and possibly over-the-top) example of was North Korea’s Kim Jong-il, aka, the Supreme Leader of North Korea. Jong-il’s cult of personality rose to the point where, according to author’s Chol-hwan Kang and Pierre Rigoulot in the their book, The Aquariums of Pyongyang: Ten Years in the North Korean Gulag, people actually believed that Jong-il could control the weather with his outfits.

This is common practice amongst dictators. Romanian communist dictator Nicolae Ceaușescu gave himself the title, “The Genius of the Carpathians,” Italy’s Benito Mussollini made himself look taller by only allowing pictures from certain angles, Libya’s Muammar Gaddafi only employed female bodyguards known as the “Amazonian Guard”, and Cambodia’s Pol Pot rarely allowed pictures of himself at all.

How you can use this: Your own cult of personality isn’t likely to get as extensive as a dictator’s, but the idea that you can embrace and control it is important for things like job searches. As we’ve mentioned before, shameless self-promotion during interviews isn’t a bad thing. More important is establishing and maintaining your online identity, which is essentially the non-dictator version of the “cult of personality.” If you control what others see, you can control their perception of you, and come off looking a lot better than you are in real life. 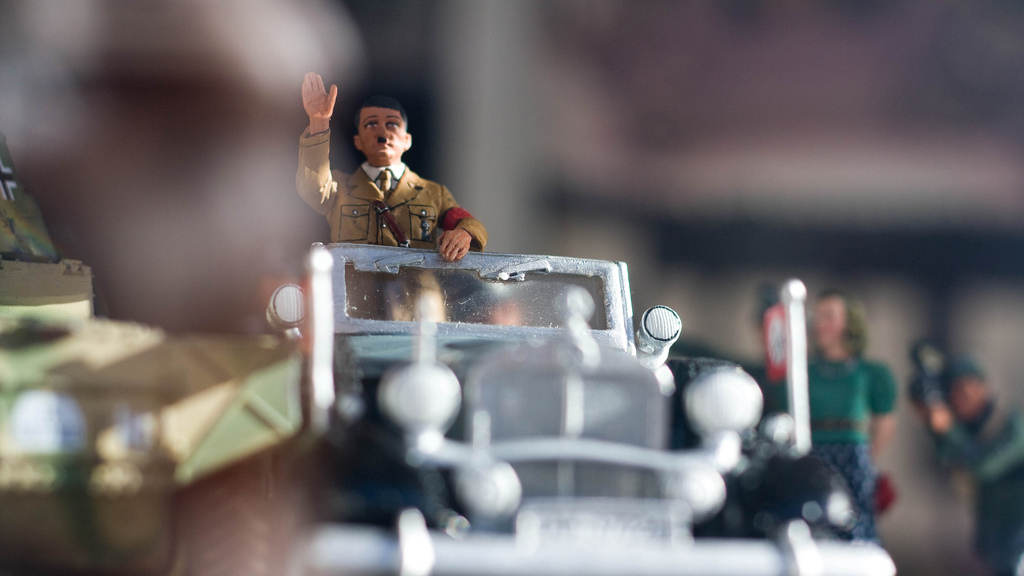 Photo by Liton All.

By a lot of accounts, Germany’s Adolf Hitler was one of the best public speakers in dictator history. At least part of that was due to his timing. Before Hitler started to take power, public speaking was often an intellectual thing, filled with complex, lecture-like readings. Hitler’s performance, in contrast, was excited, emotive, and filled with slogans. In Richard J Evan’s The Coming of the Third Reich, he describes Hitler’s public speaking like so:

[Hitler] gained much of his oratorical success by telling his audiences what they wanted to hear. He used simple, straightforward language that ordinary people could understand, short sentences, powerful, emotive slogans. Often beginning a speech quietly, to capture his audience’s attention, he would gradually build to a climax, his deep, rather hoarse voice would rise in pitch, climbing in a crescendo to a ranting and screaming finale, accompanied by carefully rehearsed dramatic gestures…as he worked his audience into a frenzy emotion. There were no qualifications in what he said; everything was absolute, uncompromising, irrevocable, undeviating, unalterable, final…he exuded self-confidence, aggression, belief in the ultimate triumph of his party, even a sense of destiny.

Of course, Hitler’s speeches were all about rhetoric and absolution. While the content itself was horrible, he was undeniably good at getting people to agree with him — even when he was openly calling them stupid. Bruce Loebs, from the Department of Communication and Rhetorical Studies at Idaho State University points out that Hitler used a few tricks to get people on his side. These included arguments that used passion over reason, black and white reasoning as propaganda, and of course, repetition.

How you can use this: In some ways, Hitler’s speeches were similar to what we talked about when we showed you how to plant ideas into someone’s mind, but Hitler was far more over the top. Still, a lot can be learned from his speech style. Hitler was an obsessive editor of his speeches, and he consistently delivered them in plain language that everyone could understand. Keep this in mind when giving a presentation at work, raising office morale after a bad day, or even presenting an argument to a friend. Simplify your speech (as opposed to trying to sound smart), put some emotion into it, build up slowly, and you’ll have your audience eating out your hands.

Learn From Experiences, Not Books 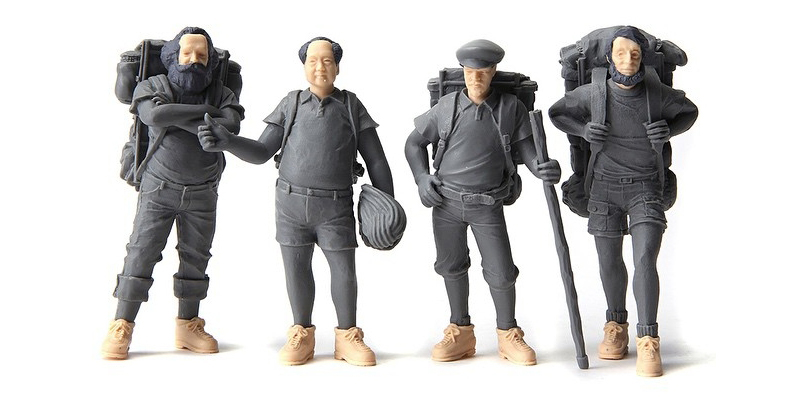 The strongest and longest lasting dictators embraced the idea of “practice makes perfect”, and put themselves on the front lines at some point in order to gain experience. Julius Caesar, for instance, fought on the front lines with soldiers, slept in the same beds, and learned from them before coming up with the quote, “Experience is the teacher of all things.”

Napoleon Bonaparte, of course, did the same thing as he worked his way through the French Revolution (before eventually installing himself as a dictator). Vladimir Lenin was extremely well read, but still spent his time practicing his craft, writing pamphlets, and talking with his people. Mao took this a step further and used his peasant upbringing not just as an excuse not to shower, but also as fuel for his control over peasents.

How you can use this: The point is that experience is far more necessary to get a job done well than a bunch of reading material. New experiences are important, and with deliberate practice you’ll eventually be the best you can be.

As we know, practical experience is often better than grades or books in the job market. Internships are more valuable than grades, because when you have experience — but no direct qualifications, you’re a better candidate for the job. Heck, even when we hire here at Lifehacker, having a personal blog of writing samples is far more useful than previous, irrelevant job experience. If you don’t have those types of experiences, make the experience yourself.