Choosing which takeaway to eat for lunch each day is a decision that plagues many Australian workers. Should you go for a meal that’s filling and delicious or something slimming and healthy? According to celebrity nutritionist Dr Joanna McMillan, it’s possible to tick both boxes in a single dish — you just have to be clever about what you order. Here are eight takeaway choices that are decadent and healthy.

All food pictures from Shutterstock

Finding reliable nutritional information about takeaway can be difficult if you’re not buying from a large franchise. Most independent food outlets — like the type commonly found in CBD food courts — don’t list anything on their menu other than the ingredients and price. This makes calorie-counting nigh on impossible.

To help dieting diners with this conundrum, Menulog has launched a new web app dubbed Healthy+. As its name implies, Healthy+ attempts to steer customers towards healthier takeaway options using guidelines developed by Dr Joanna McMillan. Cuisines that managed to make it into the program include Indian, Chinese, Vietnamese, African, Modern Australian, Italian, Japanese and Thai (although naturally, not all dishes make the cut.)

For people who don’t have time to mess about with an app, we asked Dr Joanna to share eight popular takeaway dishes that won’t blow out your waistline. Her choices cover a range of cuisines and feature lean meats, seafood, vegetables, healthy oils and antioxidant-rich herbs and spices.

“Prawns are thought to be high in cholesterol. However, dietary cholesterol has very little influence on blood cholesterol levels: if you eat more cholesterol your liver simply makes less. Prawns are in fact a terrific protein-rich food that provide anti-inflammatory omega-3 fats, several nutrients including the antioxidant mineral selenium and iron. Avoid the dishes where the prawns are battered and deep fried, but those where they are poached, grilled or stir-fried are terrific healthy options, particularly when teamed with salad or loads of vegies.”

Our tip: Ask them to go easy on the butter! 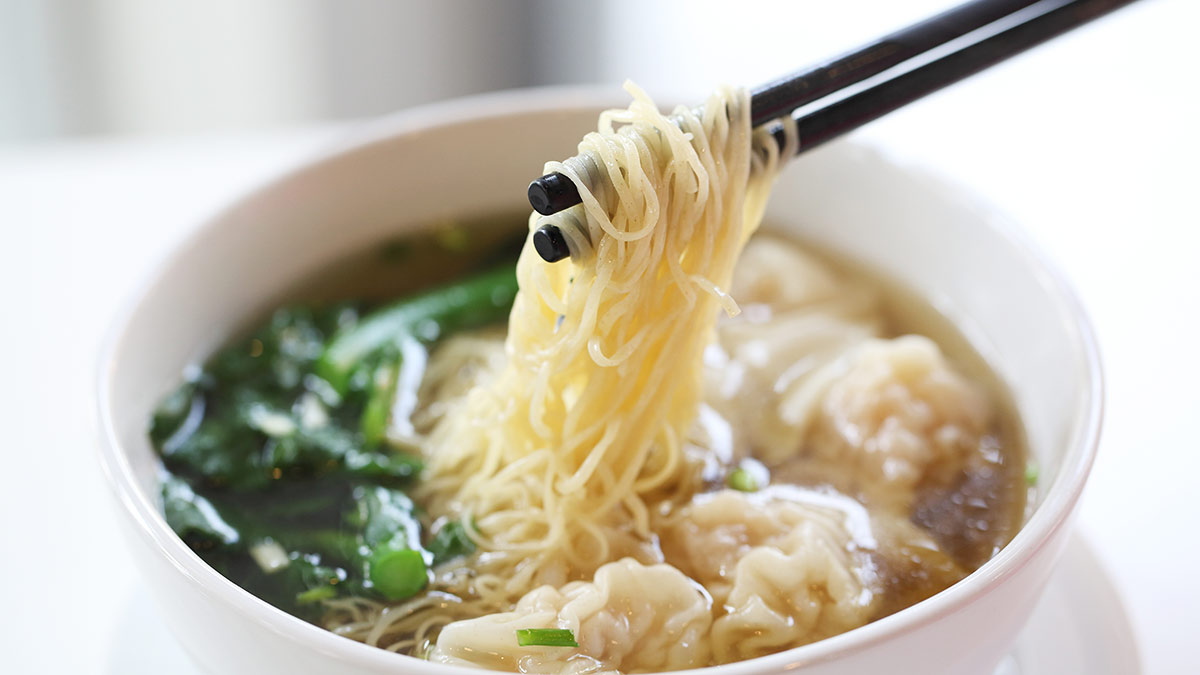 “Noodles, like pasta, have a much lower GI than jasmine rice and so have less effect on blood glucose levels. Look for dishes that combine lots of vegies, fresh herbs such as Thai basil and some sort of lean meat or seafood with the noodles for a well balanced meal. Soba noodles are a particularly good choice being made from buckwheat – they’re low GI and higher in fibre.”

Our tip: There’s a huge amount of variation when it comes to noodles and the way they are cooked: if in doubt, do some online research prior to ordering! 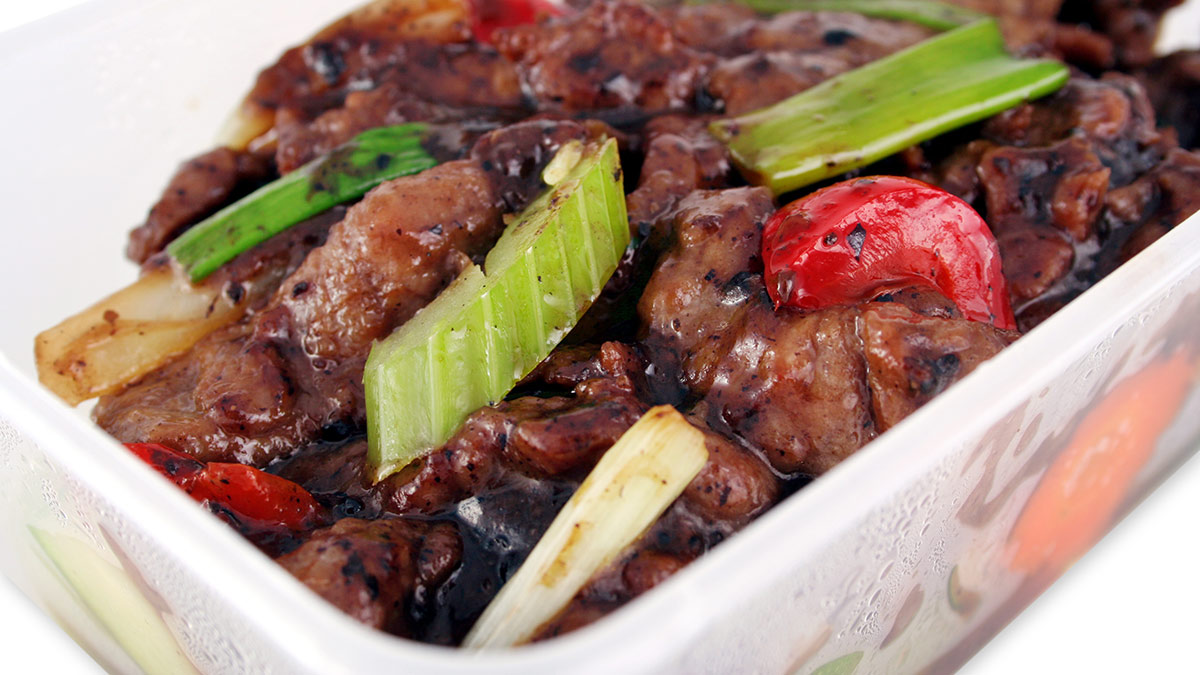 “This dish can be a great choice if it uses lean beef and includes plenty of veggies. Black bean sauce is made from fermented black beans which have terrific benefits for the gut.”

Our tip: Bundle your order with greens/choy sum (which are offered at most Chinese takeaway outlets) — this will reduce the size of your meat serving and add more vegetables. 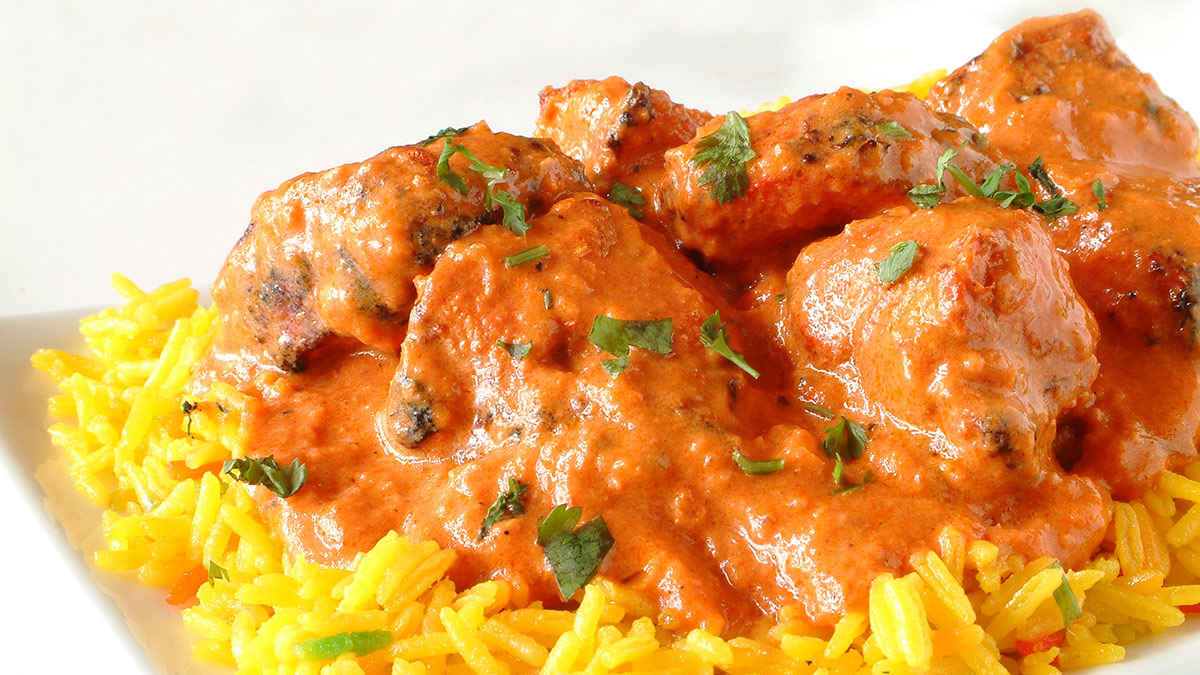 “Curries can be fantastically healthy — the spices used have enormous health benefits — if you make the right choices and the right restaurant. Look for sauces based on tomatoes and onions such as masala, rather than creamy ones, and opt for plenty of vegies – in a separate dish if not many in the meat curry. Alternatively opt for the tandoori dishes as these are oven baked with a dry spice and yoghurt mix. Then team with a super healthy, high fibre dhal and a salad or curried veg side dish.”

Our tip: If you must have bread, opt for a plain naan over butter, cheese or garlic. 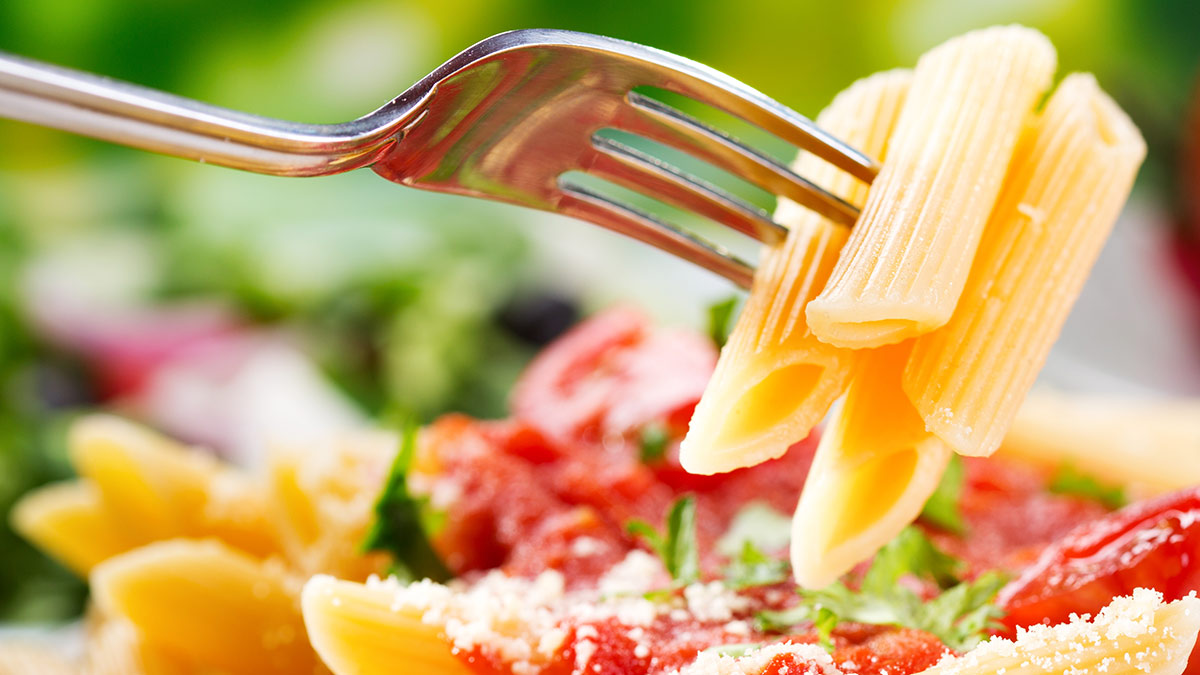 “In the current vogue of carbo-phobia pasta is often viewed as an unhealthy choice. This is not the case. Pasta is low GI and much higher in protein than rice, so provided you watch your portion size it’s actually a great choice. Look for dishes that are tomato or extra virgin olive oil based — this adds several anti-oxidants and boosts the uptake of lycopene from the tomatoes, as well as many other photochemical in other veggies in the meal. I always look for additional protein such as chicken or seafood, and add a side salad so that the pasta is less than a quarter of my overall plate, while vegies take up most of the space.”

Our tip: Stick to low-fat salad dressings and forgo the side of garlic bread. 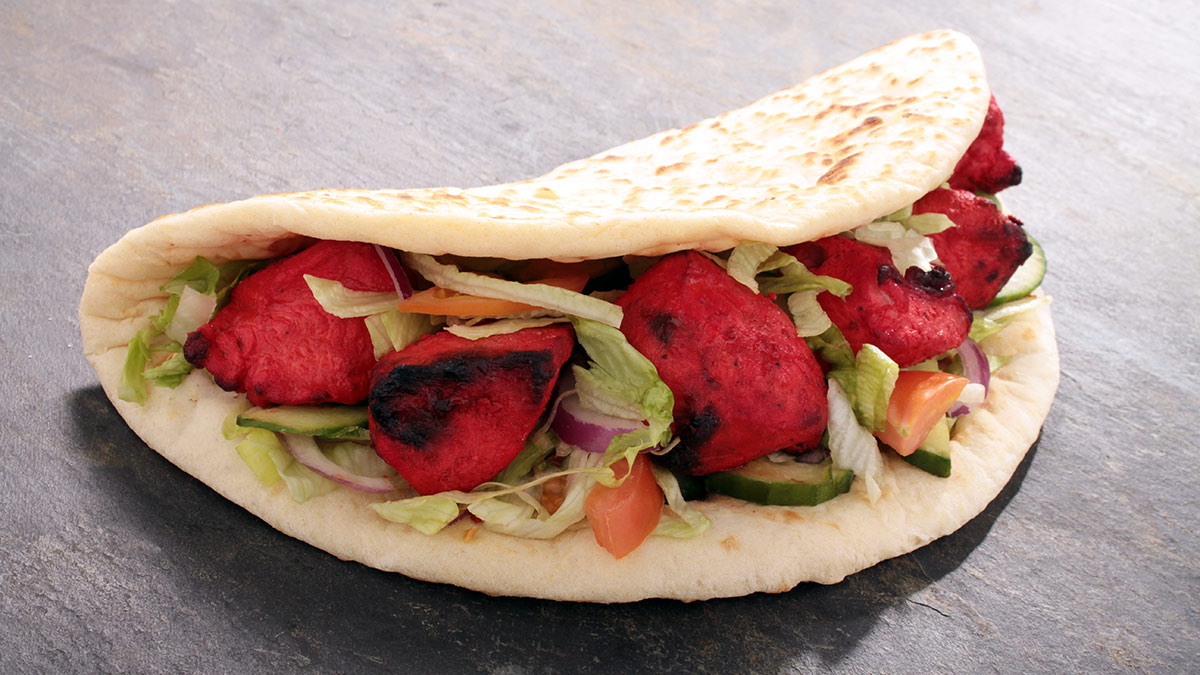 “I love such traditional dishes although do look for pan-fried rather than deep fried kofta. On Healthy+ I was able to check the type of oil used too and the restaurants using extra virgin olive oil were my top picks. It’s a myth that you can’t cook with this. The yoghurt based sauce accompaniment adds protein and calcium to the meal.”

Our tip: If kofta is your bag, you can also get vegetarian varieties such as potato, calabash and even banana. 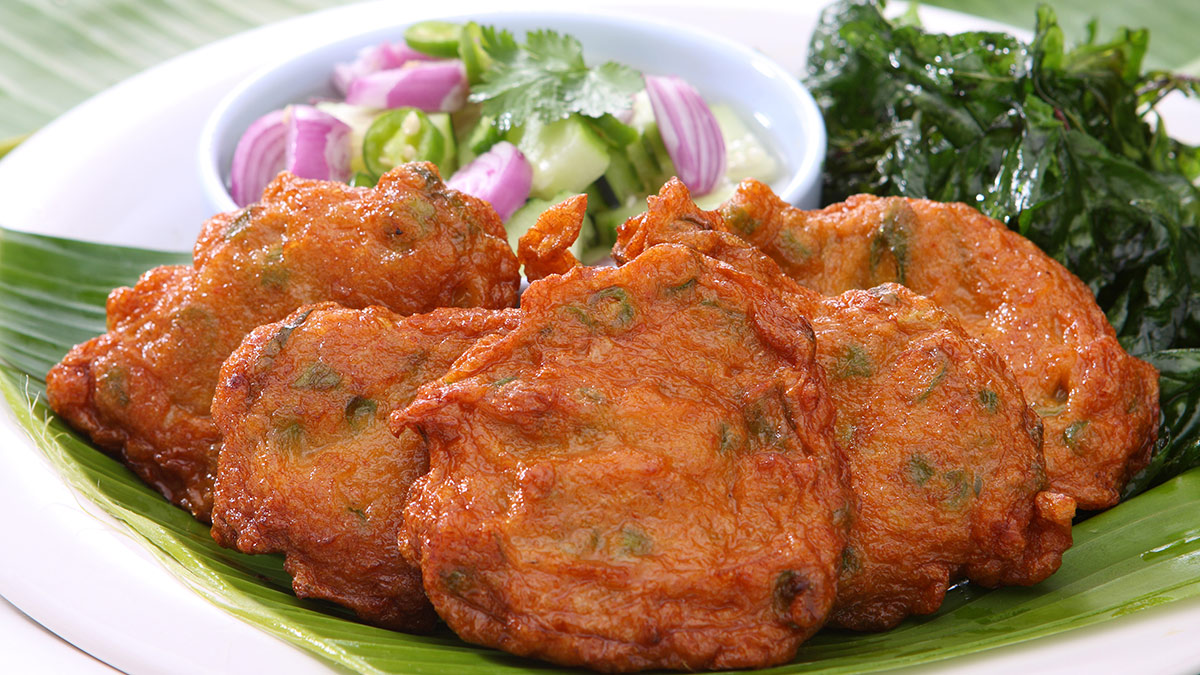 “Fish cakes need not be unhealthy. Many restaurants have homemade versions with loads of spices and pan-fried in a monounsaturated oil rather than deep frying. Read the menu carefully and ask questions if it’s not clear. Even if fried they are a better option than the battered entree options as they don’t absorb as much of the oil.”

Our tip: Be mindful of sweet chili dipping sauces as most are packed with sugar. 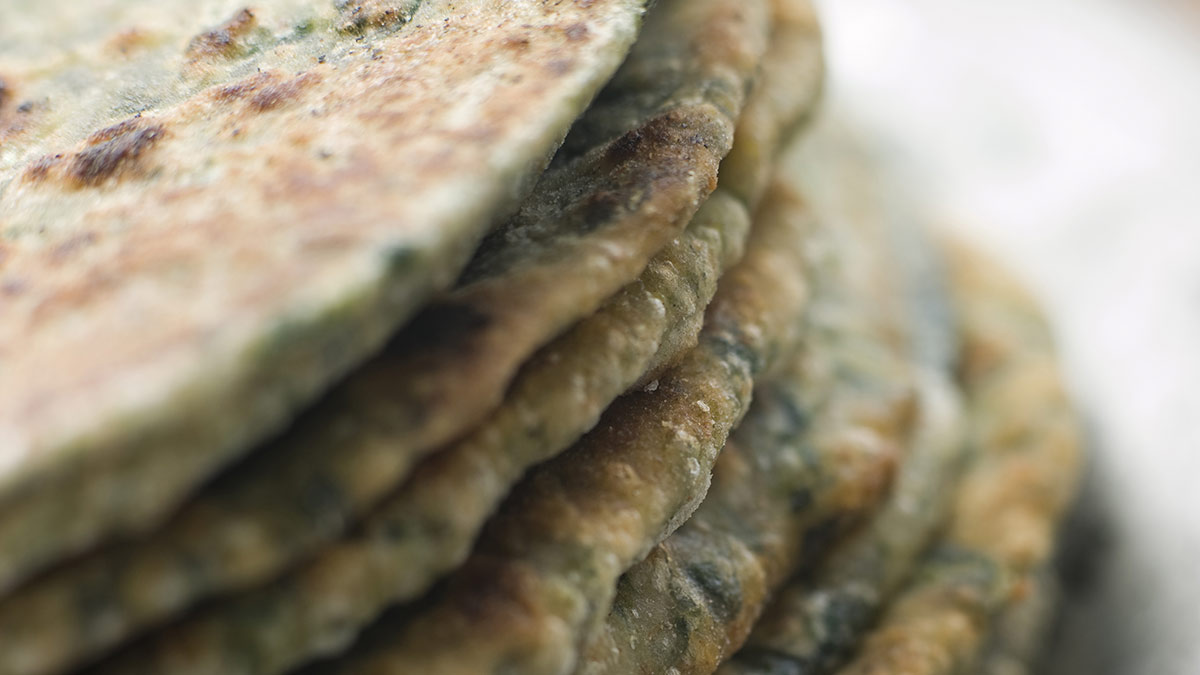 “A bread-based accompaniment need not be unhealthy, particularly if it’s wholegrain. I love seeing wholegrain bread options on the menu and wholemeal roti are one of the most common. I would order this over white rice to boost wholegrain and fibre intake.”

Our tip: The same advice works for pizza. Bon appétit!

Got any healthy takeaway hacks of your own to share? Spill your guts in the comments!