Healthy Meals Should Have Bigger Portions, Not Smaller Ones

Portion control is over-hyped. If you’re trying to eat healthy, small portions are probably hurting more than helping you. Does that sound backwards? Consider this: if your “healthy” meal is so small it’s more of a snack, you’re just setting yourself up for failure later in the day.

It’s not hard to find lists of 500, 400, even 300-calorie “healthy dinners”. They make good headlines to readers who have unrealistic expectations (or are bad at maths, but more about that below). But when you have one of these, what you’re eating isn’t a meal; it’s a snack. Later, you will still be hungry, and you will run to the vending machine in desperation.

Manufacturers love “portion control”, aka small calorie counts, because they can make the same money selling less food. (They may even charge more because you think you’re eating healthy.) Lean Cuisine’s “meals” are all under 400 calories, because they’re banking on you saying “Mmm, pasta” when you see the picture of chicken and broccoli Alfredo, and it’s not their problem that you’ll still be hungry after eating a mere 260 calories of it.

If you’re standing in line at a self-serve frozen yogurt place after dinner, that is a good time to consider portions. Whoever designed the store and the cups and the toppings bar is using all the tricks to get you to serve yourself more (like only providing extra-large bowls), and your brain tells you that when you have one of something in front of you, that’s a reasonable portion. (There may even be posters on the wall about how healthy frozen yogurt is.) But it’s ice cream covered in candy.

And you know what’s a really good trick to reduce the number of calories you eat at dessert? Eat a large, filling, healthy dinner.

Why We Make This Mistake (and How to Fix It) 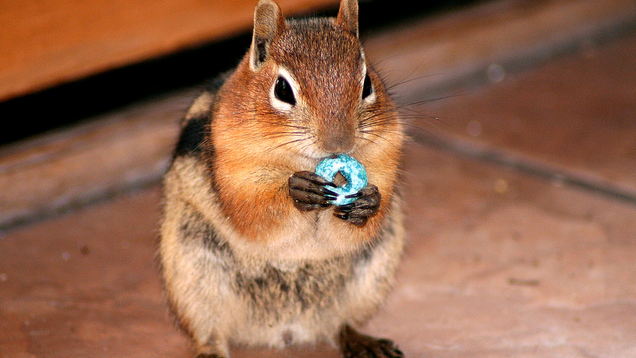 Many people set calorie targets that are too low. For example, a 68kg woman who only exercises occasionally and is on a diet will still lose weight on 2000 calories a day. Her 90kg boyfriend, likewise dieting, still needs close to 3000. You can calculate your own calorie needs here. (If these numbers still sound high, and you could swear you’re getting along fine on 1200 or 1500 calories, remember that you probably underestimate what you eat.)

For more details on the maths behind weight loss, check out our post about setting reasonable calorie goals, but be aware that simply chopping off 20 per cent of your maintenance calories is not going to work for everybody, especially people who are at the lower end to begin with. Surveys show that plenty of normal-weight people restrict what they eat and believe they are overweight when they are not. So that becomes another way people set themselves up for failure: They give themselves a too-small calorie goal when they would do better with a larger goal or with a focus on healthy eating patterns instead of numbers.

Perform a reality check on your goal, and then you can ask yourself the questions that will actually help: How does this meal fit into my plan for the day? Is it doing its job? When our 90kg friend sees a list of “Healthy 500-calorie dinners”, she’s going to do a little maths and realise that 500 calories isn’t going to cut it as a dinner in her 2000-calorie day.

She’d be better off making the recipe and eating it as a snack, or doubling the portion for dinner. Or she could just toss out the recipe and go to Chipotle instead, where she can get a burrito that clocks in at a cool thousand calories. Maybe she’ll ditch the rice and add guacamole. Stay with me here: that’s a thousand-plus calories of beans, veggies, meat and avocado. It’s filling, it’s tasty, and it’s made of much better stuff than the late-night snack she would have grabbed if she had tried to fool herself into only eating 500 calories for dinner.

The bottom line: Only restrict portions when you’re eating foods you have a reason to limit (like desserts or the occasional junk food splurge). If your meal is made of healthy food, take advantage and eat plenty.