Dealhacker: You Can Now Play Cards Against Humanity For Free Online 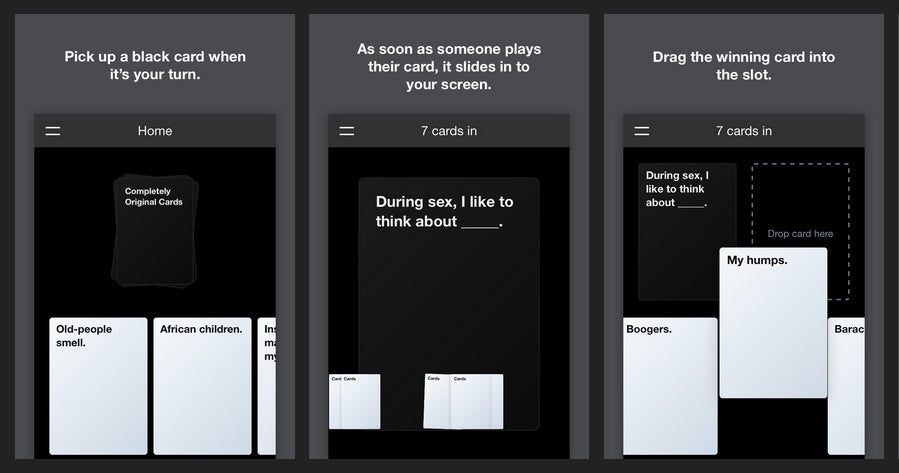 Cards Against Humanity is one of the most hilarious and repugnant games known to science. Each round, one player asks a question from a black card, and everyone else answers with their funniest white card. The responses tend to be politically incorrect, sexually perverse, rampantly scatological or a mixture of all three. Provided you have a filthy sense of humour it’s a hell of a lot of fun. Now, you can play the game for free on your laptop or smartphone thanks to the cheekily titled Cards Against Originality. Hurrah!

Cards Against Originality is a free web app that was created by designer Dawson Whitfield using the game’s Creative Commons licence. It works exactly like the original, except the cards are all virtual. In addition to the original set of cards, the app also includes all five expansion decks.

Naturally, each player will need their own phone, tablet, or computer which is arguably more hassle than carrying around a box of cards. On the plus side, you don’t all have to be in the same room while playing.

The interface also includes a link to the official Cards Against Humanity rules: handy for when arguments break out. Plus, it’s not tied to a particular OS, which means anyone can join a game regardless of what device they’re using. If you’ve never played the game before, this is the perfect way to sample its seedy delights.