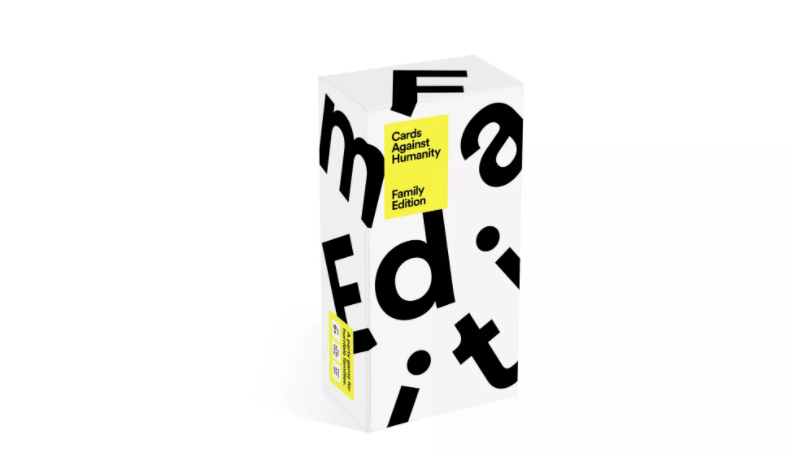 If you’re looking for something fun to do with the family while you’re all staying at home, Cards Against Humanity has a new family-friendly version of the game available that you can download and print at home.

Cards Against Humanity: Family Edition is designed for kids ages 8 and up. The site notes that “We’ve never met your kids, but we designed the game for people ages 8 and up. We encourage parents to look through these cards before you play with your family and remove anything you don’t like, since different kids have different sensitivities.”

It’s a completely new version of the game, not just the same Cards Against Humanity you’ve been playing without the dirty cards.

It’s been in development for over a year in consultation with child development experts and psychologists. Originally it was going to be released the spring, but given the pandemic, the company decided to make it available earlier. 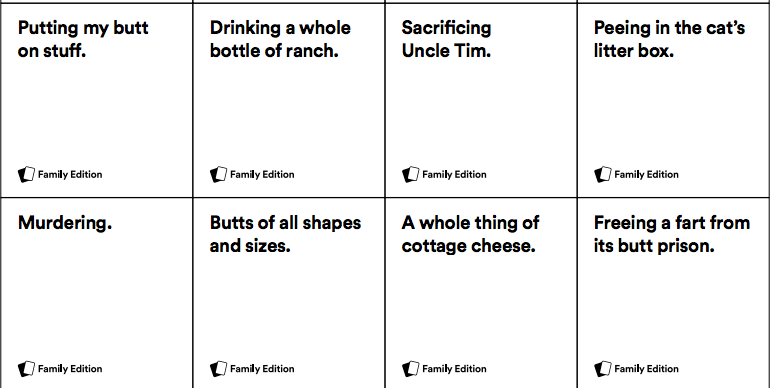 The printable version is a “beta” in that while it’s been tested with kids and adults, it’s not quite done. Eventually, the hope is to release it in box form to the masses.

The printable version is available in both small and large card PDF form. The small card version takes 21 pieces of paper and the large one 47. Altogether the game has roughly 420 cards in its current form.

If you have bored kids at home, then cutting those cards out once you print them might also be a fun (and useful!) afternoon activity that will end in a new game for your whole family to play once they’re done.