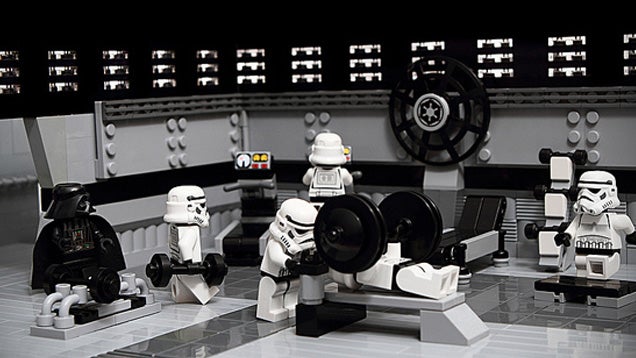 While you can't get rid of belly fat through crunches alone, a Harvard study finds that increasing weight training will have the biggest positive effect on your waistline compared to aerobic exercise or not exercising at all.

For the study, published in Obesity, the Harvard researchers studied 10,500 healthy men aged 40 and up, comparing their physical activity, waist circumference, and body weight over 12 years (1996 to 2008). Ergo Log reports the findings:

During the period that the researchers monitored the men, their waist measurement increased by an average of 6.6 cm. Strength training reduces this increase by 3 cm. According to this study, that happens regardless of whether you adhere to the norm for moderate to vigorous aerobic activity or not.

The researchers even calculated that if the participants had done 20 minutes of strength training daily during the 12 years of the study instead of 30 minutes of aerobic activity, they would have lost another 0.34 cm from their waist measurement. It would have been even better if they had done 20 minutes strength training a day instead of of watching TV for 30 minutes: that would have resulted in a reduction of 0.76 cm on the waist measurement.

It probably comes as no surprise, but those who increased their sedentary behaviours, such as TV watching, had a larger gain in their waistline.

Waist circumference is a better indicator of health than body weight, lead researcher Rania Mekary says. While aerobic exercise is still important for your heart and other health, if you want to maintain a healthy waistline, add in more weight training. Even 10 minutes a day, three times a week could help.