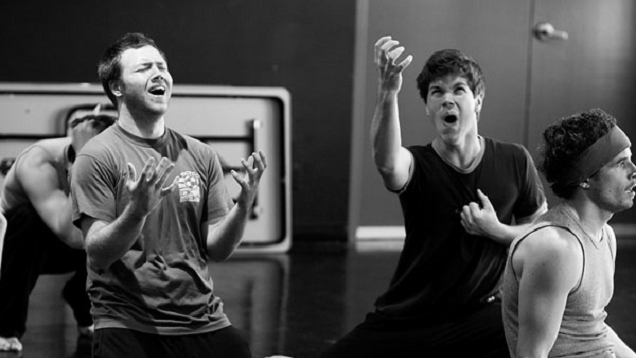 The difference between actors and other working professionals is that they usually spend more time looking for their next job than actually working one. They get a lot more experienced at rejection than your average worker, which means we may able to learn a thing or two from them.

No matter what business you’re in, taking rejection personally is a bad road to go down. Not only will you start to hold a grudge toward the people that didn’t hire you, but you’ll also start to put yourself down. Nothing is more harmful than you telling yourself that you’re not good enough.

If you’re rejected for a job, remember that rejection isn’t about you as a person. At the Backstage blog, Secret Agent Man explains that rejection can be caused by a number of things:

If a casting director doesn’t give you a callback, she might be rejecting a choice you made in the room. Or maybe you’re too young for the part. Or too old. It could be anything, but I’ll tell you what it’s not. It’s not you. The casting director doesn’t think you’re a despicable human being who shouldn’t be allowed to grace her precious set. She’s just making a choice. And the same is true for guys like me. Agents pass on actors for all kinds of reasons. The quality of your soul is rarely one of them.

Interviews are just like auditions, and sometimes you’re just not right for the part. When it comes to your romantic life, remember that while rejection may hurt, it’s preventing you from being in a relationship with a compatibility problem. Both parties need to be interested for anything good to really happen, so if you get turned down, move on to the next audition. If you keep going out for roles, you’ll eventually land one.

Even when you start to get used to rejection, it can still sting. It sucks to get told no, but if you can find a way look at your rejection differently, you’ll have a much easier time. George Clooney is a household name these days, but was once a rejection-riddled actor, barely getting by. That is until he started to change his perspective.

In The Obstacle Is the Way, author Ryan Holiday talks about the simple, yet effective alteration Clooney made to his mindset:

He wanted the producers and directors to like him, but they didn’t and it hurt and he blamed the system for not seeing how good he was. This perspective should sound familiar. It’s the dominant viewpoint for the rest of us on job interviews, when we pitch clients, or try to connect with an attractive stranger in a coffee shop… Everything changed for Clooney when he tried a new perspective. He realised that casting is an obstacle for producers, too — they need to find somebody, and they’re all hoping that the next person to walk in the room is the right somebody. Auditions were a chance to solve their problems, not his.

With a new mindset, rejection can be something very different to you. Not only will you be able to walk into an interview or up to an attractive stranger with confidence, but if it doesn’t work out, you can just remind yourself that you weren’t able to solve their problem. Everything is just an opportunity to solve a problem, and you can either solve it or you can’t. That’s all there is to it.

Prepare For Your Next Audition

Even with a new approach, rejection can still hurt a little, and that’s OK. If you need to feel down for a little bit, do it. Get those feelings out instead of bottling them up, but don’t dwell too long. Once you’re ready, do a quick post-mortem, and, as actress Jules Bausch at The Muse explains, look at the good and the bad:

I went home, and after I made a list of everything I did correctly, I made a list of everything I didn’t do correctly. I was really honest with myself (without being too harsh) about where I could have improved and specific areas that I needed to work on for the next audition. Mistakes are part of being human. They are part of who we are and are integral to our learning process. And keeping a list of those mistakes will help you learn from them and make you a better actor in the process. Chalk each rejection up to building a wealth of knowledge about how to attack the next audition.

Go over what went right and what went wrong, then let it go. It’s also important to manage your expectations. Getting the job, snagging the role, or landing the date can be unlikely depending on the circumstances. If you’re not qualified for a position or taking a shot in the dark with a stranger, it’s best not to get your hopes up. Know the roles you’re capable of playing and don’t beat yourself up when you don’t end up a leading lady or man.

While you’re preparing for your next shot at the limelight, use your past rejections as a motivator. Carry yourself with confidence and keep your mind on the next audition. Do the prep work and focus forward.

Speaking from my own experience as an actor, you have to learn that rejection is just a part of the process. Failure to accept the reality of rejection means a career that’s dead in the water, and that can be said to some extent for any job field or other parts of life. Brush yourself off, soldier on, and walk into that next “audition” like you’ve never been told no before.