Use This Email Template to Break Up With Your Book Club

Become a Socialist With This CEO Pay Calculator

How to Unlock All the Safes in The Last of Us...

How to Perfect the Art of Bathing

Your Friends’ Emotions On Facebook Can Affect Your Mood 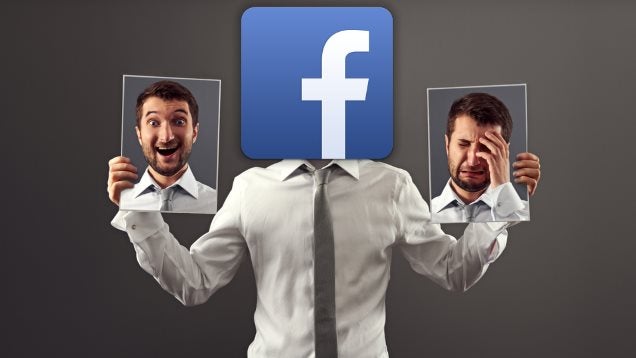 Empathy is a natural human reaction and it’s something we experience daily. It can be used for good, but this week Facebook published a study that tracked how users of the social network reacted to different types of status updates in their timeline.

There has been a great deal of venom spewed in reaction to this revelation, largely because the 689,003 people involved in the experiment were not told that Facebook was altering their news feeds for it (though we did apparently agree to it in the terms of service). In order to test people’s emotions, Facebook removed a subset of “positive” and “negative” posts from users’ news feeds to see how we responded. Despite the controversy, though, what the study shows is still makes for interesting reading.

By tweaking the content of Facebook users’ news feeds and monitoring subsequent posts from the “manipulated” groups, the study gauged the effect of positive and negative content. They found that what people read did, in fact, affect their emotions:

When positive expressions were reduced, people produced fewer positive posts and more negative posts; when negative expressions were reduced, the opposite pattern occurred. These results indicate that emotions expressed by others on Facebook influence our own emotions, constituting experimental evidence for massive-scale contagion via social networks.

If nothing else, it’s something to keep in mind when writing your next status update.