Jim Carrey On Why You Shouldn’t Fear Failure 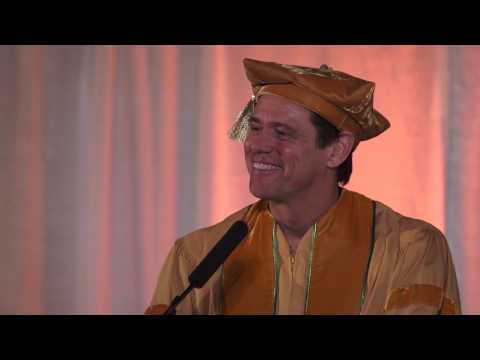 Failure is necessary and how you learn to get better, but Carrey reminds you that failure is not exclusive to your dreams:

My father could have been a great comedian but he didn’t believe that was possible for him. So he made a conservative choice. Instead, he got a safe job as an accountant and when I was 12 years old, he was let go from that safe job and our family had to do whatever we could to survive.

I learned many great lessons from my father. Not the least of which was that you can fail at what you don’t want, so you might as well take a chance on doing what you love.

Failure can be a harsh reality in your life, but it’s an important part of finding success in whatever it is you seek. It can be hard to move past it, but isn’t it better to fail while pursuing something you actually care about? Of course, along with the great insights, the whole speech is filled to the brim with jokes and worth a watch.

Full Speech: Jim Carrey’s Commencement Address at the 2014 MUM Graduation [YouTube via 99U]